Todays Though > News > MLB trade deadline saw pitchers on the move, but Red Sox failed to get involved
News

MLB trade deadline saw pitchers on the move, but Red Sox failed to get involved 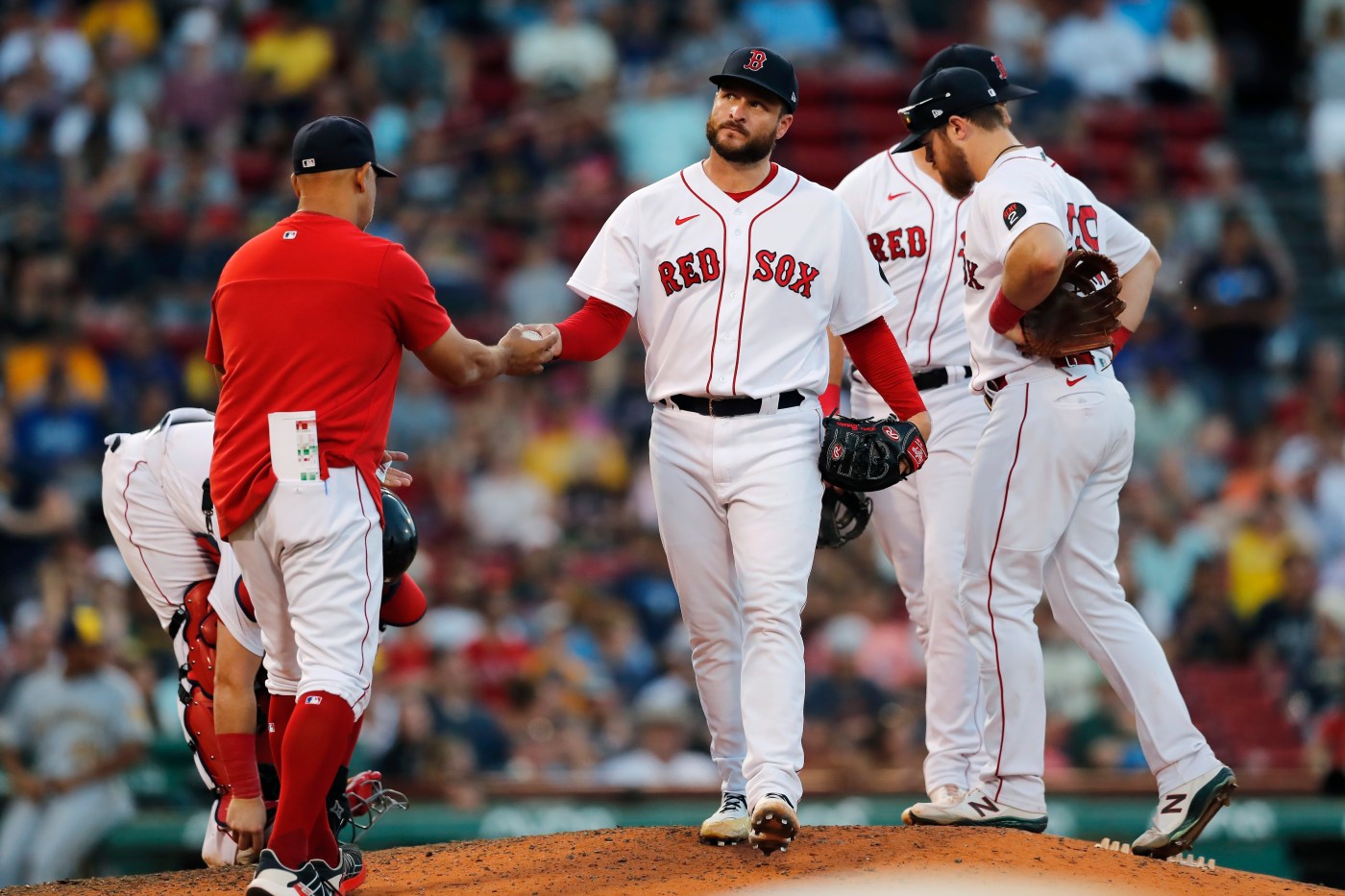 Now that MLB’s trade season is over and the rosters are mostly finalized, the Red Sox remain noticeably thin in one important area: relief pitching.

It’s the one area every contender is looking to get better in, every year. It’s where the World Series champion Braves focused most of their efforts this year, as they signed elite closer Kenley Jansen to a one-year, $16-million deal just before the season, and then traded for Angels closer Raisel Iglesias to fortify their pen.

The Iglesias trade stands out as one a big market team like the Red Sox should’ve been able to make. The 32-year-old has been one of the game’s best closers for the last six years, and all it took for the Braves to get him was to inherit his four-year, $58-million contract and send out Tucker Davidson, their No. 9 overall prospect, who isn’t expected to be more than a back-end starter.

The Red Sox’ No. 9 ranked prospect, according to Baseball America, is Jeter Downs.

It’s always a futile exercise to compare trades. This one came together at the last minute before the 6 p.m. deadline on Tuesday. It’s not fair to say the Red Sox could’ve had Iglesias for Downs.

But it remains an important question: with all of these relievers flipped to contenders on Tuesday, why did the Red Sox choose not to acquire one?

“Ultimately it still had to be a deal that made sense,” chief baseball officer Chaim Bloom said. “We pursued a lot of different options. And that’s not to say we don’t have faith in and see upside in the guys that are here. I think even some of the guys who haven’t yet shown that they can do it at the major league level, but that we think have the talent to do it, and some guys who are in Triple-A as well.

“We do think we have talent here to have more consistent results in the pen than we’ve had, and we are hopeful that we’ll be able to do that.”

Remember that down the stretch, as the Red Sox try to fight for a Wild Card berth with a bullpen that’s been near the top of the majors in blown saves all year.

The Red Sox think they have enough arms in Triple-A.

Money shouldn’t be the issue.

The Sox are already over the luxury tax threshold this year and have just about $60 million committed to players on the 2023 roster, leaving a ton of space to add salary. Is a prospect at the back end of their top-10 and a $14.5-million annual average salary really a deterrent for them to add an elite closer like Iglesias who can help them over the next four years?

That’s just one of many trades for relievers that looked appealing on Tuesday.

Dave Dombrowski’s Phillies were busy adding Cubs reliever David Robertson, who is having a renaissance season and looked like one of the best relievers on the move, in exchange for their No. 7-ranked prospect. Dombrowski also added Noah Syndergaard for Mickey Moniak, a flamed-out former No. 1 overall pick who is nothing more than a lottery ticket, and their No. 19-ranked prospect.

The Mets landed Cubs closer Mychal Givens for a prospect not even ranked in their top-30.

The Twins scored Michael Fulmer from the Tigers for a similar return.

Under Bloom, the Sox have worked hard to replenish the farm system with more depth, and they did more of that on Monday, acquiring the No. 12 and 21-ranked prospects in the Astros system in exchange for Christian Vazquez.

But when it comes to sending those prospects out for talent, the Sox only parted with Jay Groome, their No. 13 ranked prospect and another first rounder who didn’t pan out.

It was weird to see the Sox adding Eric Hosmer and Tommy Pham, but choosing not to address their bullpen needs the way the other American League contenders did.

“If you had asked me last night I would’ve thought we would’ve made more moves than we did,” Bloom said Tuesday. “The way the day unfolded, the way we looked at opportunities in front of us, at the end of the day we didn’t want to force anything.”

Xander Bogaerts and Rafael Devers were among those who told reporters in Houston that they questioned whether or not the Red Sox actually got better at the deadline. Losing Vazquez was difficult for them to stomach.

Failing to add any relief help could be another issue altogether.