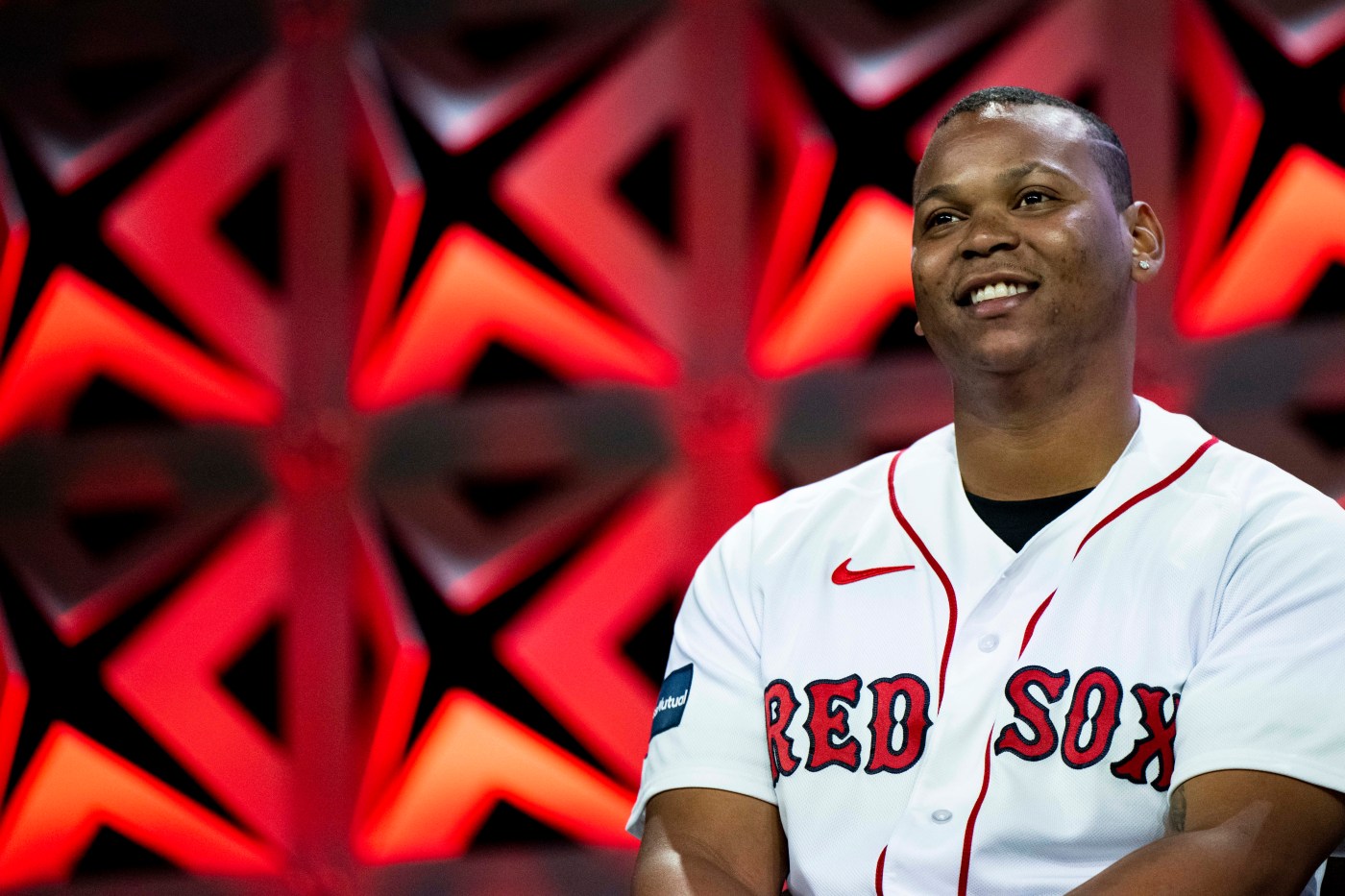 SPRINGFIELD, MA — Rafael Devers knows that all eyes are on him this year, and for the next decade.

That’s what happens when you sign the richest and longest contract in Red Sox history.

The 10-year, $313.5 million deal is not only one of the biggest in MLB history, it also dwarfs the previous franchise record: David Price’s 7-year, $215 million. Including his salary for the upcoming season, the contract is over $100m richer. This was Devers’ final year of arbitration eligibility; he and the club agreed to a 1-year, $17.5 million deal before locking in the extension later that week.

On a human level, Devers represents the last vestiges of the club’s most recent championship. Over the last three offseasons, the 2018 championship team that won a franchise-record 108 regular-season games, third consecutive division title, and their fourth championship in fifteen years, has been stripped for parts. February marks the third anniversary of the Mookie Betts trade. The Sox traded Christian Vázquez to the Houston Astros at last summer’s deadline. This winter, Xander Bogaerts, JD Martinez, and Nathan Eovaldi became free agents and signed with new teams, making Devers the last man standing from that championship starting lineup, and Chris Sale the only remaining starting pitcher.

It would seem natural that Devers would assume the mantle of a team leader, but for several reasons, he’s not there just yet.

For one thing, all the talk about him leading the team makes him feel old. At Winter Weekend, he chuckled as he explained, “They want me to be a leader, and I get it, but I still feel like I’m really young to be that leader.”

It’s true, Devers only turned 26 on Oct. 24, and the 2023 Red Sox project to have one of the oldest, if not the oldest, rosters. Devers acknowledged that: “We have a lot of veteran players on our team that, you know, you gotta give them their respect as well.”

Deferring to older, longer-tenured players is a time-honored tradition in baseball. As in most industries, there’s the concept of paying one’s dues, but it’s more prevalent in a league in which players must accrue service time in order to increase their earnings.

But Devers is a veteran already, even if he doesn’t feel like one. Of the 26 hitters and 32 pitchers the Red Sox used last year, he was one of nine aged 25 or younger, and he already has more big-league experience than the rest of them combined. Since his debut on July 25, 2017, he’s played 689 regular-season games, 26 postseason games, and two All-Star Games.

The harsh spotlight of professional sports, even brighter and more glaring in Boston, never seemed to faze Devers, even when he was a 20-year-old rookie. Already, he’s received MVP votes three times and won a Silver Slugger. Somehow, he didn’t win one in 2019, when he hit 32 home runs, led the American League with 54 doubles, and led all hitters with 359 total bases. Since 2019, he leads all of MLB in extra-base hits. The ability to block out the noise and compete is an essential quality for a leader, especially in this market.

Devers is also acutely aware that his new contract sets him apart, not only from his teammates, but from every other player who’s ever put on a Red Sox uniform, and most players in MLB history. But he says he hasn’t made any big purchases with his recent windfall, telling reporters, “Money can’t change me. I just feel like I’m the same person, and that’s what I’m going to strive to continue being.”

For now, Devers may be content to lead by example, as one of the game’s most proficient power hitters. He wants to “focus on the work,” be a good teammate, and “do right by” the young guys on the team. Given how much credit he gives Bogaerts for helping him develop, it makes sense that Devers would emulate the shortstop’s brand of quiet, modest leadership. David Ortiz was never officially named captain, either, but in later years — especially after Jason Varitek retired — it was never in doubt who was in the driver’s seat.

The track record of two of Devers’ greatest role models speaks for itself, as does his own career thus far. But in paying Devers, the organization is making him the cornerstone of the franchise in a way they never did for Bogaerts, Ortiz, or anyone else. And at some point in the not-so-distant future, the veterans will move on, and the cherubic slugger will find himself the team’s elder.

When that day comes, the Red Sox will need him to lead.