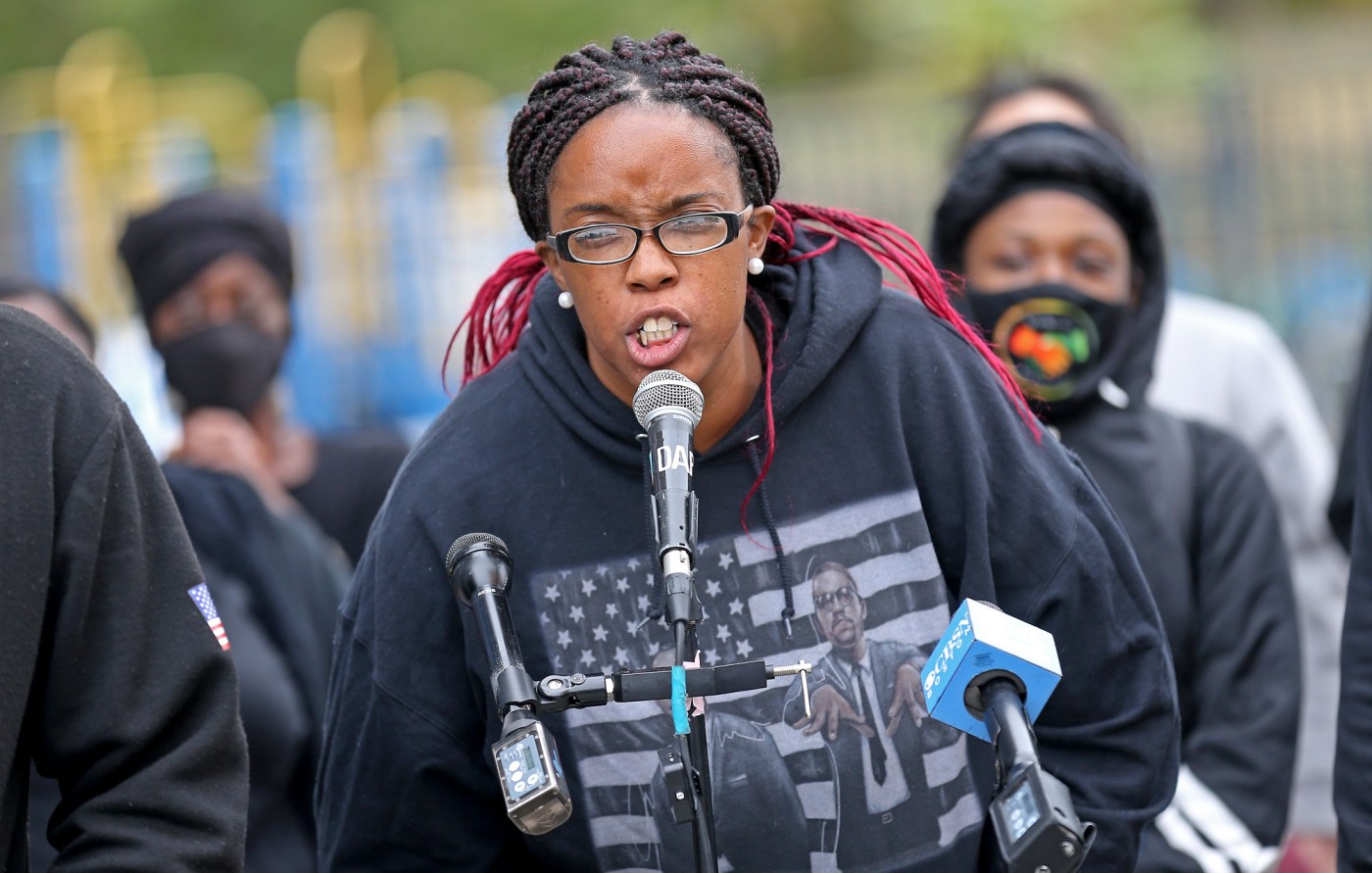 Monica Cannon-Grant, whose charity Violence in Boston shut down last month as a federal fraud case against her and her husband plays out in court, now wants to apply for unemployment assistance.

Conditions of her release were set at her first court appearance in March after the 18-count federal indictment against her and her husband, Clark Grant, was unsealed. Those conditions include that she “not apply for, or facilitate the application for, any unemployment benefits unless approved by the Court.”

On Wednesday, her attorney filed a motion to change that.

“Ms. Cannon-Grant is currently unemployed and would like to apply for unemployment benefits,” her retained attorney, Robert Goldstein, wrote in a filing.

On the same day, Cannon-Grant wrote a Facebook post calling for “Hump Day Help!” donations at FightForMonica.com to fund her legal defense: “We continue to raise legal fees for my Freedom because it’s not Free.”

The filing states that Goldstein had conferred with the federal prosecutors and they had no objections: “The government does not object to the defendant’s application for unemployment benefits so long as any such application is done in accordance with the law.”

They have pleaded not guilty to all charges.

Among the details across the 38-page indictment, is the accusation that Cannon-Grant paid herself a hefty salary from the charity coffers in direct contrast to public statements that she took no salary.

She’s also accused of directing co-conspirators to apply for public and private grants for the organization that actually went toward the couple’s living expenses. Feds say a $10,400 grant from an unnamed department store to be used to feed hungry children but was actually laundered through a church to pay back rent.

She’s also accused of using up a $10,000 grant from the Suffolk District Attorney’s office when it was still under the leadership of Rachael Rollins, who now serves as U.S. Attorney for Massachusetts and directs the office pushing these charges.

She was fired from ViB early last month by its board of directors and the charity shuttered.