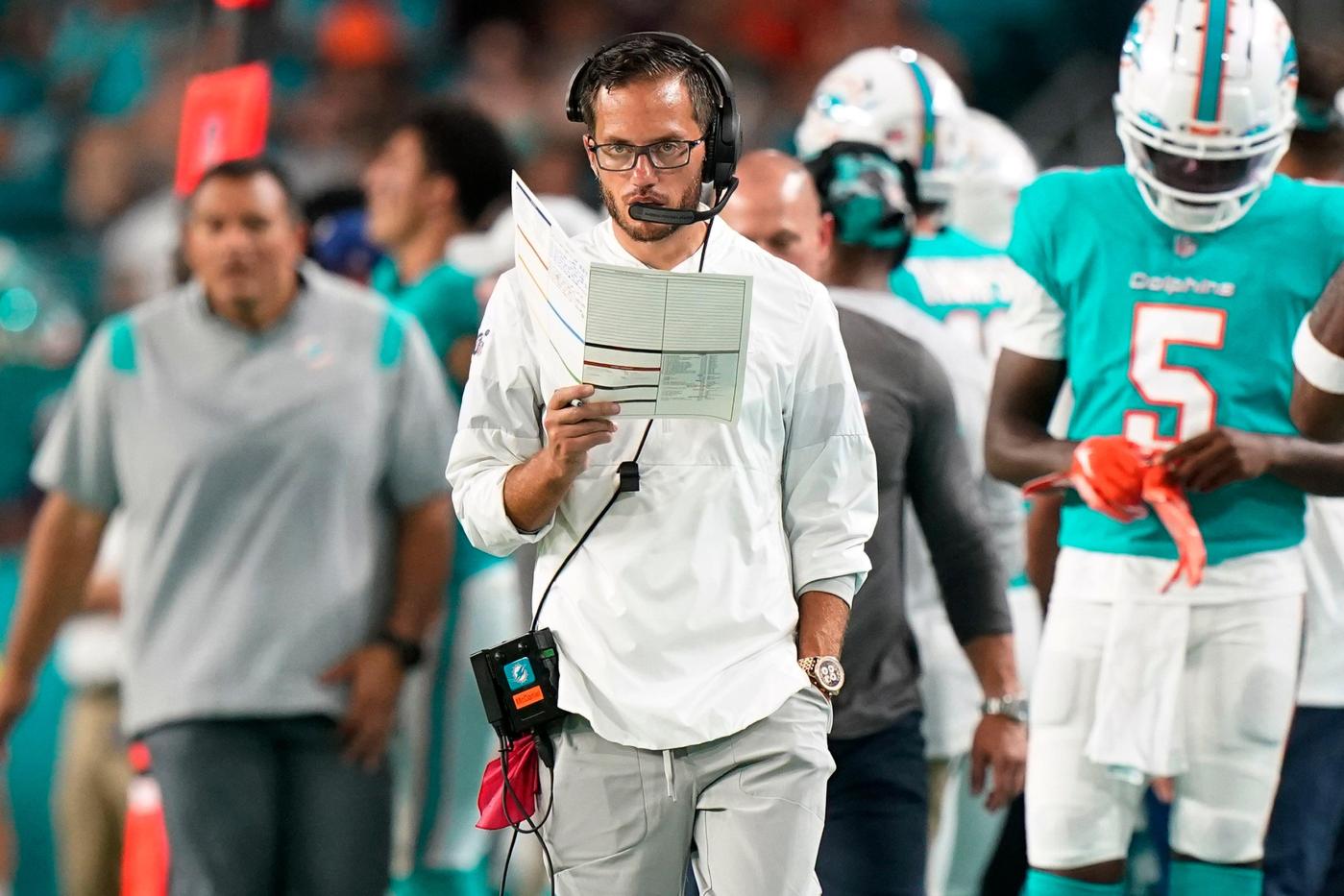 It has to cross their minds. With the status of starter Byron Jones uncertain for the regular-season opener and depth concerns in the unit, this summer has been a talent search at cornerback. It didn’t help that cornerback Nik Needham walked off with an apparent dislocated finger Saturday against the Las Vegas Raiders. It’s not a major issue like to Trill Williams (knee) in the first preseason game. It’s just not what you wanted.

Nor did it help Raiders quarterback Jarrett Stidham took target practice at the Dolphins apparent fourth cornerback, Noah Igbinoghene. After struggling in camp and the first preseason game, Igbinoghene had two Stidham completions against him the first series and another one on the second series.

The Dolphins have one of the best cornerbacks in the game in Xavien Howard, who sat out Saturday night again. Needham fits in there. But after that if Jones can’t go? McKenzie Alexander, signed this past week, got beat on a crossing pattern Saturday.

It’s too early to say much either way on him, but it’s not too early to think they’ll be looking for cornerbacks. Haden, by the way, is 33 and unsigned after playing with Pittsburgh last season. Other unsigned veterans: Trae Waynes, Chris Harris, Janoris Jenkins … anyone excite you?

2. There’s been a couple of constant themes hit hard about tight ends in coach Mike McDaniel’s offense: You’ve got to attack — and you’ve got to block. That’s why Durham Smythe appears to be starting. It’s also why Mike Gesicki’s inability to block is more relevant in this offense, it seems, than his playmaking abilities. With the Dolphins near their goal-line he completely whiffed on Raiders rushing linebacker Kenny Young, who flushed Teddy Bridgewater out of the pocket in the end zone. Bridgewater was then chased down, threw the ball late and the refs properly ruled intentional grounding. McDaniel blamed himself for a bad play that left Gesicki alone. But … can’t he get his body in the way? Sometimes you need to do the minimal to save a bad play. Gesicki played most of the first half — even when he was playing amid the back-ups. Message sent?

3. Here’s the concern of the offense heading into the season: Eight carries, four yards rushing in the first half. This wasn’t a personnel issue. The Dolphins started four of their five offensive linemen (only tackle Terron Armstead sat out the night), and running back Chase Edmonds (three carries, three yards). This was against the second- and third-stringers of the Raiders, too. Bottom-line: There’s work to do.

4. Tua Tagovailoa completed six of eight passes for 58 yards. You can make of it whatever. The Dolphins pass of the night was from Bridgewater. Facing third-and-10 just before half, Bridgewater threw a perfectly placed 28-yarder to Braylon Sanders. That set up Jason Sanders’ second field goal of the night — a 57-yarder after a previous 46-yarder.

5. The Raiders were missing at least 27 players Saturday. So the normal qualifier about reading much into preseason gets watered down even more. The NFL has reduced the number of preseason games from four to three in recent years. The move will come to get rid of the preseason altogether and sell tickets and televise the joint practices that teams love because they’re more controlled. The Dolphins, by the way, have two practices with Philadelphia next week before virtually no one will play in the final preseason game.