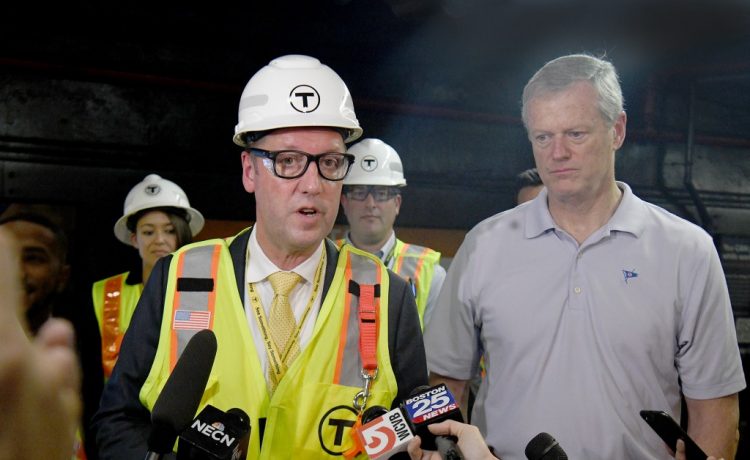 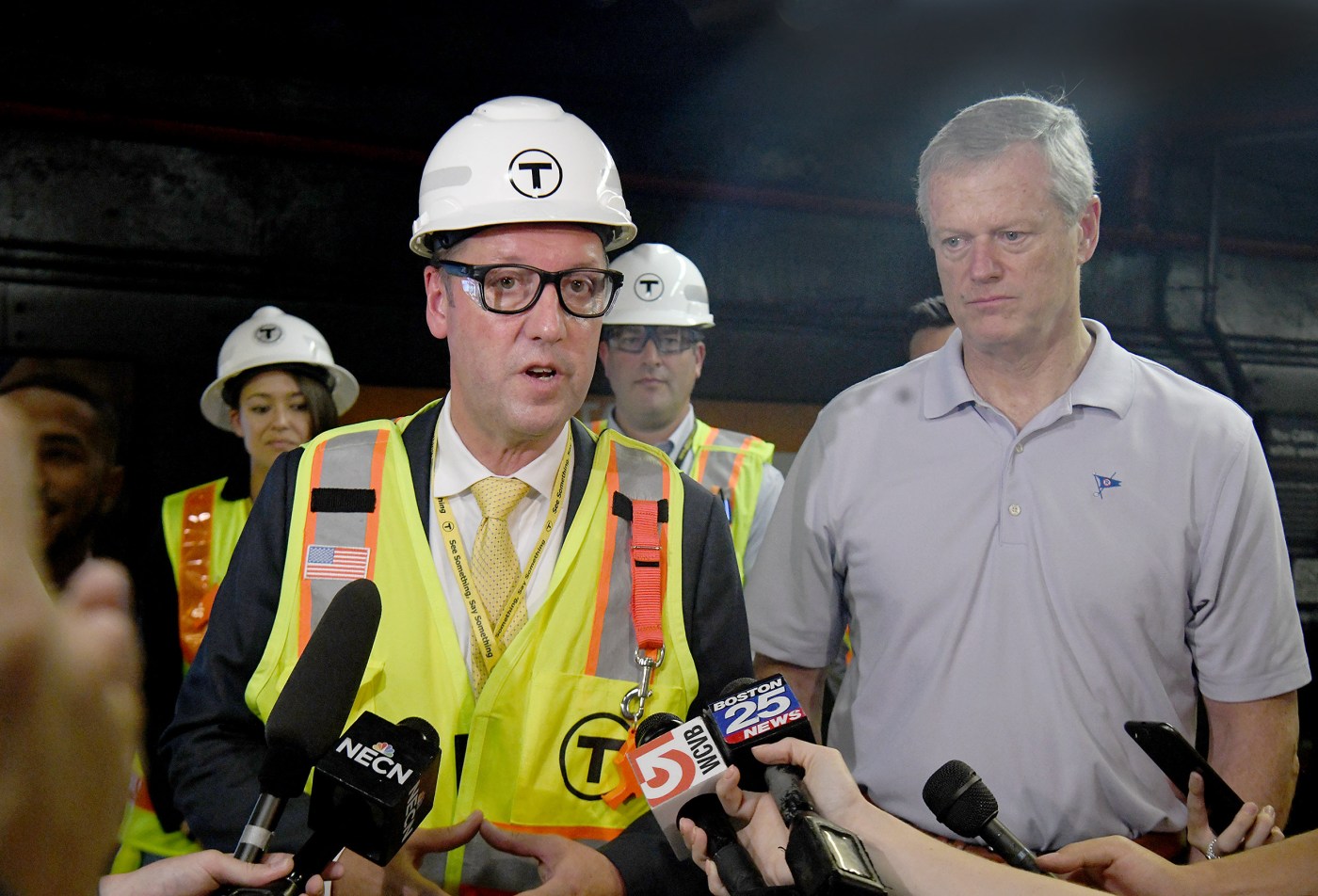 The MBTA will look at where else in the system a “diversion” would be appropriate to tackle long-delayed track and system repair, General Manager Steve Poftak said Sunday while touring the shuttered Orange Line with the governor.

“We’re going to take a look at where a diversion might be appropriate in other places and you know we’ll obviously work with our municipal partners and clearly communicate,” he said. “We have been doing diversions over the years, never one of the breadth of this one, I think, you know, we’ll take a look at what strategy makes the most sense.”

Since 9 p.m. on August 19th, the Orange Line has been stopped completely as crews work to replace track and upgrade signals in an attempt to remove six standing speed restrictions on the busy subway line.

Last Thursday, someone at the MBTA posted project information on the agency’s website which showed part of the Red Line may also get the 30 day shutdown treatment.

The project plans, which showed the MBTA would begin to terminate service at Davis station on weekdays and at Park Street station on weekends starting on Oct. 30, were removed sometime Friday.

MBTA spokesperson Joe Pesaturo would not confirm the planned closure, but said the T “is constantly looking at options to accelerate track and signal improvements across the system.”

“At this time, no final decisions have been made on future diversions, other than those already announced,” Pesaturo said. “After the details of any future infrastructure improvement work are finalized, the MBTA will keep its riders and the public informed of any necessary adjustments in rail service.”

Gov. Charlie Baker was told by MBTA crew members on Sunday that a Red Line speed restriction was the longest standing restriction in the system, having been in place for more than a year.

“We will be looking at other strategies to remove speed restrictions on other lines,” Poftak said when asked about further shutdowns. Poftak stressed any community which might be affected by any rail diversions would be notified well in advance.

“I think that’s the key lesson we take away from this diversion, is just letting our riders know and letting municipalities that we serve know what is coming,” he said.

The current Orange Line shutdown is meant to accomplish work which would have taken five years to complete had the trains kept running, Baker reminded reporters Sunday during a visit to the State Street station.

“It’s a lot of people and a lot of gear in and out on different projects, literally, close to 24 hours a day,” Baker said. “I do think the amount of work that will get done, though, will in fact, dramatically reduce some of the issues that we have on the Orange Line generally.”

According to data presented to the governor, the MBTA is about 37% done with the Orange Line work.

A speed restriction in place since June has been removed along with the replacement of 900 feet of linear rail near Downtown Crossing, the governor was told.

Service on the Orange Line is due to resume on September 19.