My psychic saw my future ‘in a secure location’ 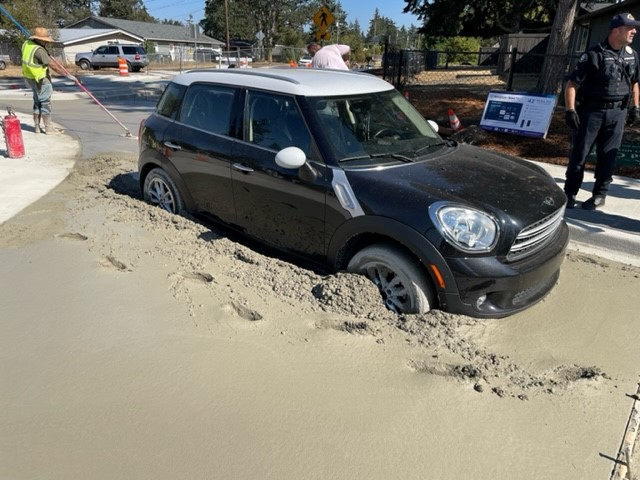 A licensed therapist in Ocean City. N.J., used the credit cards of at least 30 of her clients to pay for $40,000 worth of psychic readings by text over a two-month period. She started doing it “to gain clarity and to help her feel better” about a relationship that had ended, and then became addicted to it.

AND THERE WAS NO SECOND DATE: A man “trying to show off” on a first date with the woman riding on the back of his motorcycle purposely blew through a red light in Tampa, Fla., then led the cops on a chase at “well over 100 mph,” weaving in and out of traffic and running more red lights as the lady screamed at him to stop. He will spend the next two months in jail.

THE TRIPLE-A GUY SAID, “YOU WANT ME TO DO WHAT!?”: A wrangler captured a massive 12-foot-long alligator in the middle of a road in Atascocita, Texas, but the beast was so big that he had to call a tow truck to lift it into the bed of his pickup truck.

UH, MADAM, WE HAVE A DRESS CODE HERE … NO FLIP-FLOPS AND NO SNEAKERS!: A naked woman, wearing only socks and sneakers, strolled into a popular Houston restaurant drawing a surprised and — for the men — delighted reaction from the large crowd of people who were dining there.

HEY, HOW COME THIS CAR IS SLOWING DOWN?: A woman stole her mother’s car and drove it through barricades and right into freshly poured cement in a newly-repaved roundabout in Lakewood, Wash. She tried to run, carrying her four-year-old son, but did not get far.

I CAN WALK! IT’S A MIRACLE!: A former soldier claimed he lost the use of his legs and left hand in order to obtain more than $250,000 in veterans’ benefits, but investigators followed him and saw him walking, carrying a heavy bag of cat food on his shoulder and using his left hand to hold a container of leftovers from a restaurant. People said they had not seen him in a wheelchair except for his VA appointments.

OK, I’M GOING TO BE HONEST WITH YOU, OFFICER: A deputy questioned a man he stopped for speeding near Forsyth, Ga., about the “small bag of white crack-like substance” he found in the guy’s pocket. He said, “Man, I don’t even know,” when the officer asked him what it was. He then apparently thought better of continuing the charade, saying, “Yeah, it’s cocaine.”

ESCAR-NO-GO: A trail of slime led German officials to an illegal stash of giant African land snails hidden at Dusseldorf Airport. They followed the trail of an 8-inch snail on a baggage truck which led them to six bags containing 93 giant snails which were destined for an African goods store in western Germany.

I THINK WE HAVE A RECORD HERE, BOB: A man was arrested for drunk driving in Tampa, Fla., after officers discovered that he had a blood alcohol level more than five times the legal limit.