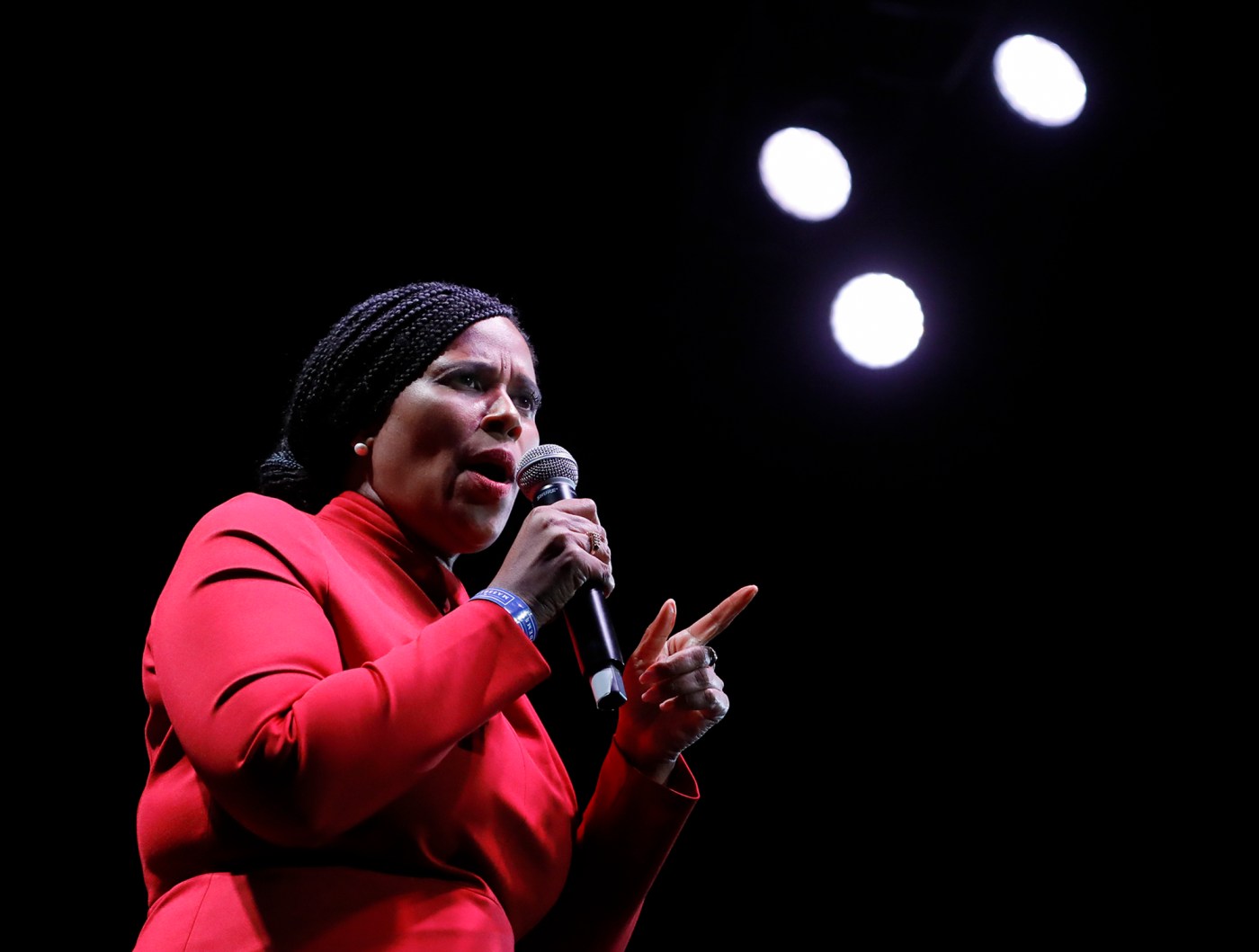 The leader of NAACP Boston is putting the Boston School Committee on blast for its superintendent search, raising concerns over the “lack of representation” in the finalist pool and adding that presenting only two candidates “should raise an automatic caution flag.”

Tanisha Sullivan, who’s also running for secretary of state against Bill Galvin, wrote a letter to Boston School Committee Chair Jeri Robinson following the announcement of two superintendent finalists. While the majority of students in Boston Public Schools are Black or Latino, neither of the two finalists are Black or Latino.

“The lack of representation in the finalist pool should have immediately caused the process to pause, review, and reopen (if necessary),” Sullivan wrote to Robinson on Friday. “How can we hold school leaders accountable for representative candidate slates, if we are not leading by example at the top?”

“The city deserves a representative slate of finalists,” she later added.

Sullivan noted that her concern is not about the two individuals who are in the finalist pool. They are Somerville Superintendent Mary Skipper, who previously worked for BPS overseeing high schools; and Tommy Welch, BPS Region 1 school superintendent.

The NAACP Boston prez said having only two finalists for a “nationally respected district like Boston should raise an automatic caution flag in the process.”

“The lack of interest should serve as an indicator that we need to rethink our process AND timing,” Sullivan wrote. “The process timeline was always too rushed for a district of this caliber.”

BPS Superintendent Brenda Cassellius is departing the district on Thursday.

Meanwhile, state education officials could vote on Tuesday to declare Boston an “underperforming” district, the latest in a long negotiation over the performance of the city’s schools. The terms with the state need to be settled before moving forward with the superintendent process, Sullivan said.

“We urge the school committee to halt this process and review what can be done to expand the finalist pool and adjust the decision timeline to follow negotiations with (Education) Commissioner (Jeffrey) Riley,” she wrote.

But the School Committee chair, in a letter responding to Sullivan, defended the process and said the board has an “obligation to our students and families to appoint a qualified, permanent superintendent without delay.”

The search produced 34 applicants. The Search Committee voted to select four finalists: one was Black; one was Latinx; one was Asian American; and one was white. The candidates who were Black and Latinx withdrew shortly before the start of public interviews.

“While I share your disappointment that our search did not result in a more racially diverse group of public interviews, I stand by this process,” Robinson responded to Sullivan. “I am confident both candidates have the necessary qualifications and are uniquely positioned to lead our District forward.”