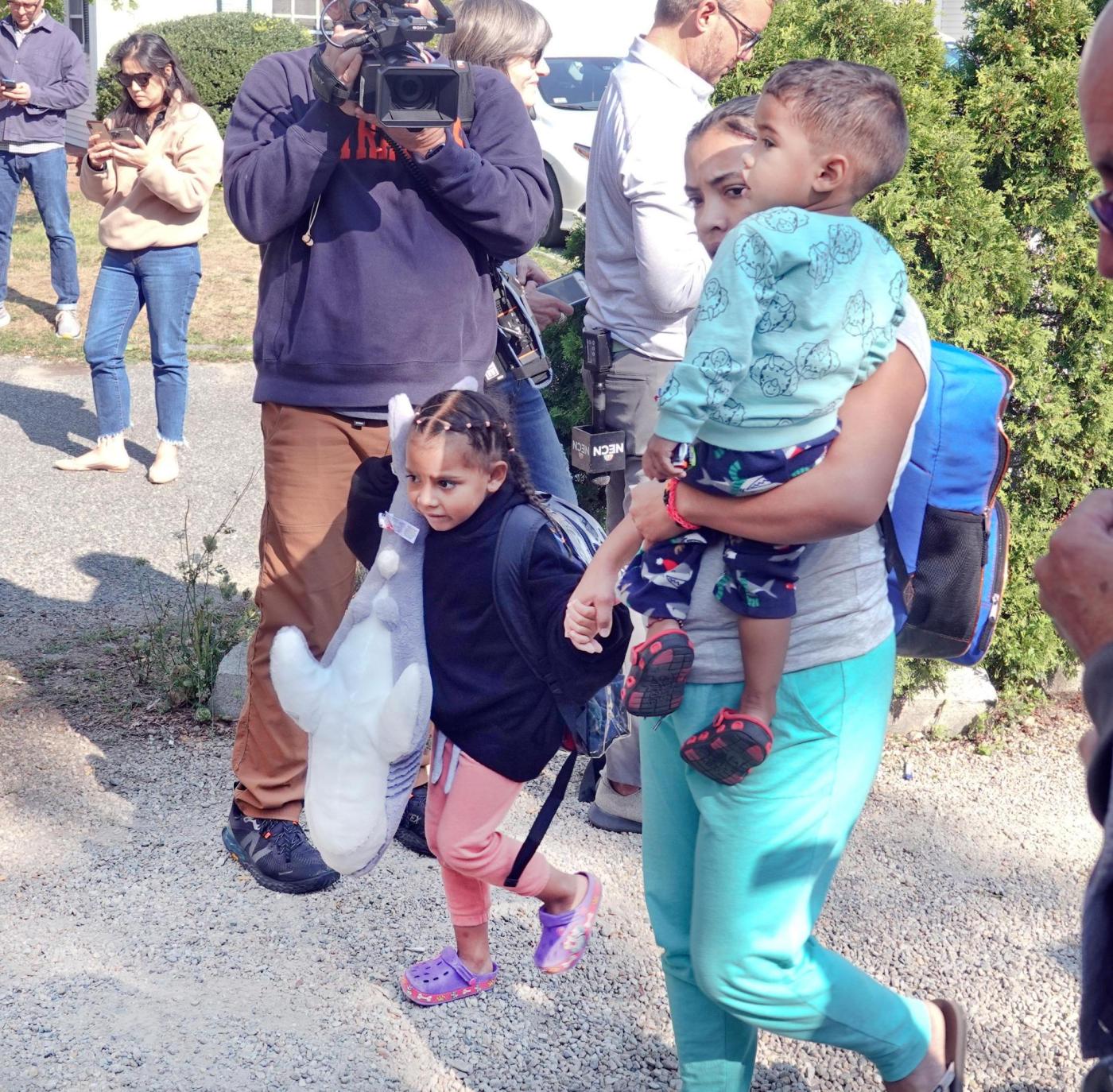 Could another flight of migrants be coming to Massachusetts?

Nantucket Police have issued an alert that a flight is set to arrive this week that has “many similarities to the flight and incident that occurred on Martha’s Vineyard” last month — when Florida Gov. Ron DeSantis sent dozens of migrants from Texas to the Bay State island.

Now another Massachusetts island could be seeing a similar migrant arrival.

On Friday, Nantucket Police Central Dispatch received a call from the Nantucket Memorial Airport Operations about a reported flight that’s scheduled to land on Tuesday.

“The purpose of the call was to inform the Nantucket Police Department that the reported scheduled flight had many similarities to the flight and incident that occurred on Martha’s Vineyard,” Nantucket Police said in a statement.

The charter company was contacted by Nantucket Memorial Airport Operations, and they reported the chartered flight is a business flight for a group out of Chicago.

“In the event there is an arrival of a plane carrying migrants, the Nantucket Police Department and many other Town departments have a detailed plan to manage such a situation,” police said.

Last month, the 49 Venezuelan immigrants were flown from Texas to Martha’s Vineyard on the orders of DeSantis, surprising the island community.

After local residents and groups stepped up to help the migrants, they were moved to Joint Base Cape Cod, a military base that has been better equipped to meet their housing, food and basic needs. The state’s temporary shelter operation is ending this weekend, as transitional housing opportunities are finalized.

The migrants were in a San Antonio shelter when they were approached and offered housing, job search assistance and a plane ride to Boston. They were misled to board the planes and cross state lines under false pretenses, according to officials and advocates.

DeSantis said the flights to Martha’s Vineyard, paid for by Florida, were part of an effort to “transport illegal immigrants to sanctuary destinations.”

A Texas sheriff’s office has launched an investigation into how the migrants were allegedly tricked into getting onto the planes, and Lawyers for Civil Rights has filed a federal lawsuit against DeSantis.