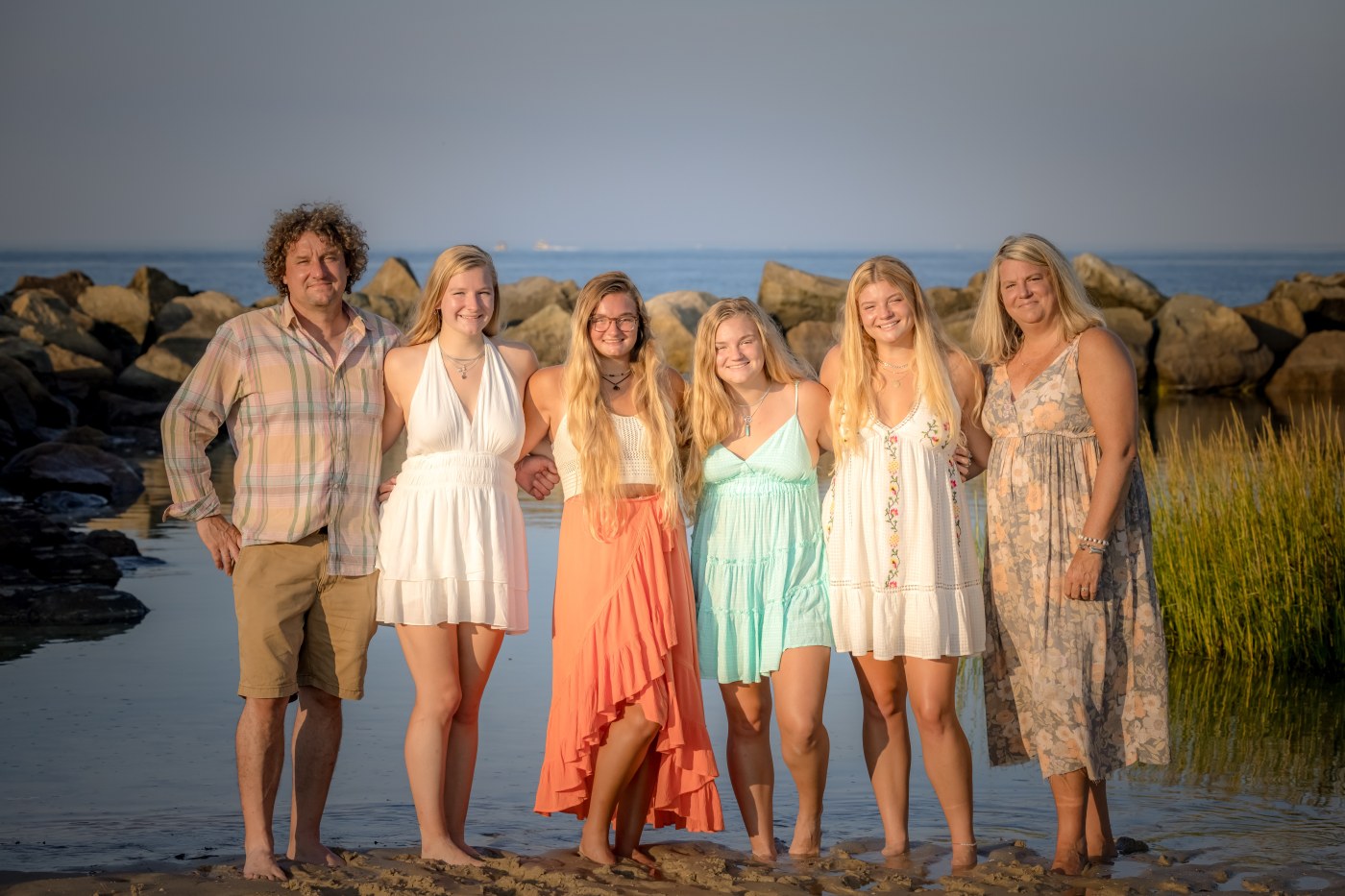 Amelia Stevens explicitly told her mother not to come.

The Nauset field hockey team had Martha’s Vineyard coming to town Sept. 7 for the season opener. It was the start of the senior captain’s final year before moving on to the next level, in which she’s already committed to play for Union College. The games are winding down for her mother, Michelle, to head down the street to watch Amelia in person, and these are games she’s cherished with all four of her daughters.

Michelle lives to be there. Even when just the day before, in what felt like her umpteenth procedure since her first cancer diagnosis in 2010, Michelle underwent surgery to address what has been stage 4 cancer in her lungs for the last four years.

Amelia told her not to come. But just as the team wrapped up warm-ups, who does she see slowly moseying her way up the stands?

“I was in shock, I (said), ‘Why are you here, I want you to rest,’” Amelia said. “It means everything. To see her there, supporting me. I love it. I can’t even describe it, it’s just amazing to have her there.”

Family bonding and field hockey are so interwoven for the Stevens sisters, the two have merged into one of the same experience. Amelia’s oldest sister, Emma (23), started it all by opting for field hockey’s youth program instead of soccer some many years ago – even without any family history within the sport. She fell in love, soon joined by Eliza (21), then Abigail (19), then Amelia (17).

Before no time, all four were in their yard every day shooting on a field hockey cage that their father, Ryan, built out of a PVC pipe frame. Nauset head coach Cheryl Poore is close with one of their neighbors, and years ago – when Poore was still coaching at Harwich/Monomoy – she would attest to the young girls always practicing outside.

There’s no question those long hours helped Emma play at Roger Williams before just graduating, Eliza (senior) play at Pace University, Abigail (sophomore) also play at Roger Williams, and now Amelia set to play at Union. There’s also no question how Michelle’s insistence on being at every possible game has driven the four of them, just as much as Ryan’s hard work between National Grid and his own HVAC business to ensure every opportunity his daughters desired.

“I’m so proud of all of them,” Michelle said. “I love watching them play and I hate missing a game. … College kids I can watch on TV, and I just try to get to every game I can go to to support them.”

Michelle’s fight with cancer slowly developed from a mild set of treatments to what has since become a dogfight. Leiomyosarcoma in her hand in 2010 led to a couple of surgeries and a few visits to radiation. Michelle almost didn’t even believe she had it, but was scared she wouldn’t get to see her four daughters grow up.

She did the steps, but eight years later, doctors found it had spread to her lungs. Surgery after surgery brought Michelle to the latest one on Sept. 6. Again, the cancer has spread. Michelle started chemotherapy for the first time on Monday and needs it every three weeks for the next five months.

Of course, she’s mostly worried about missing games. Amelia and the rest of the family are just focused on her health.

There’s no doubt how Michelle, and their other hero Ryan, have inspired them, though. All four daughters have committed their studies to various forms of biology. Eliza plans to go into cancer research. So does Amelia.

“When my mom was diagnosed a second time, I was thinking I want to do something that could possibly help people and make a greater change in society. Help people who need it,” Amelia said. “She just said, ‘Wow, I love it. I want you to do what you need to do to help people.’”

• The Walpole attack is thriving with plenty of balance. No one player has reached three goals in a game, but the team has scored at least four in all but one amid a 7-0 start. Brigid Welch, Taylor Carter, Izzy Adams and Kate Schnieder help round out the Porkers as a team to beat in Div. 1.

• Franklin and Concord-Carlisle join as key contenders in the division. Kaitlyn Carney and Shaw Downing pace an explosive Panthers offense that returned every starter from last year, while the Patriots have blanked each of their first five opponents. They battle on Oct. 6.

• Dover-Sherborn is in a similar position without a goal allowed until a 3-2 win over Medfield Friday amid a 6-0-2 start. It leads the area in shutouts, primed for a run in Div. 3.

• Don’t sleep on Div. 2 Reading. A pair of Ava Goodwin hat tricks has helped the Rockets to a 27-3 goal-differential within a 7-0 start – the first Div. 2 team to reach seven wins this year.

• Newburyport has emerged as a big threat in Div. 3. Wins over Pentucket, Ipswich, Manchester-Essex, Lynnfield and Central Catholic – while allowing no more than a goal in any game – turns eyes on the Clippers.