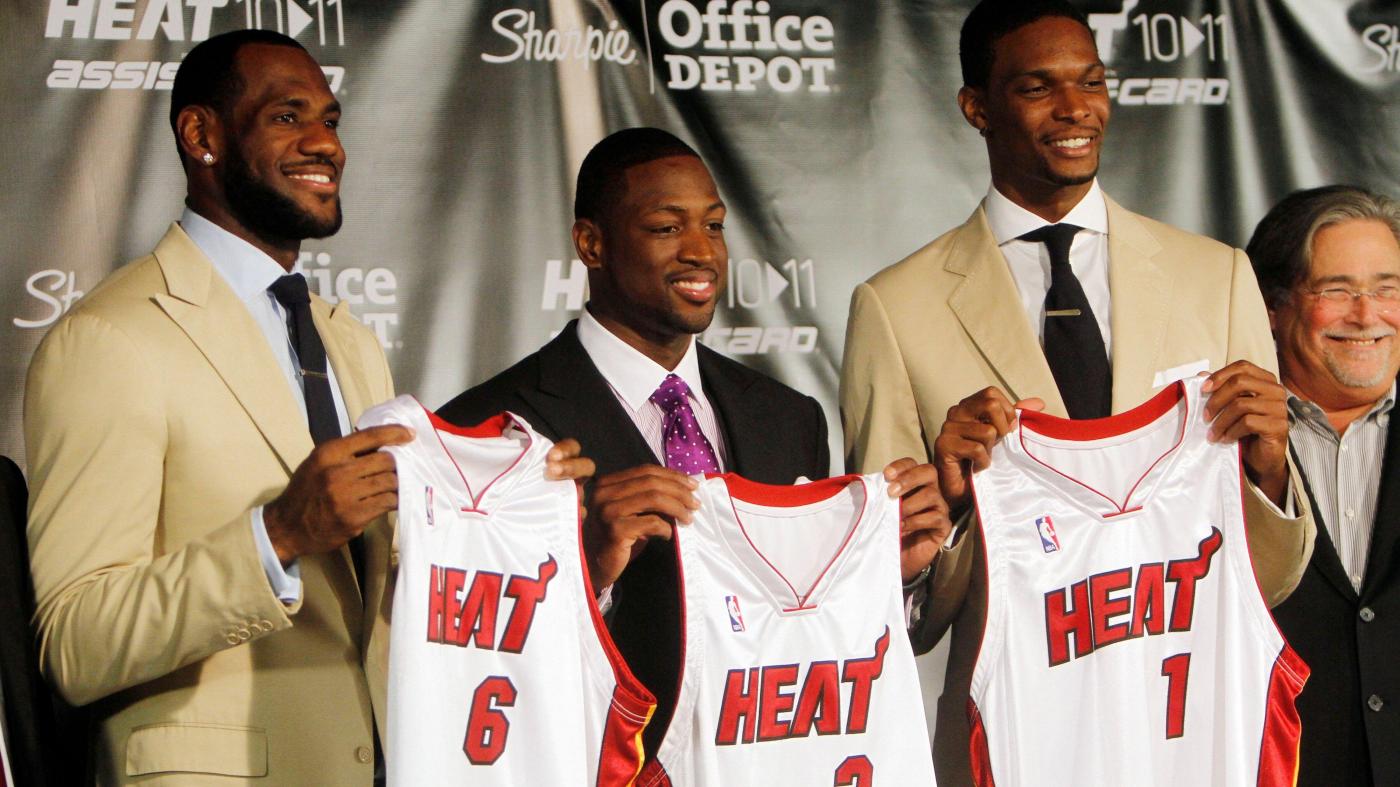 The Miami Heat are about to find themselves in the unique position of retiring No. 6 and then, eventually, re-retiring that jersey.

With the NBA on Thursday announcing the league-wide retirement of No. 6 in honor of the recent passing of legendary Boston Celtics championship center Bill Russell, the Heat eventually will have dual No. 6 jerseys hanging from the rafters of FTX Arena.

Having already retired the No. 3 of Dwyane Wade and the No. 1 of Chris Bosh, the Heat have not issued the No. 6 of fellow Big Three partner LeBron James since he left the team during the 2014 offseason, following four consecutive trips to the NBA Finals and two championships.

James’ Heat jersey retirement is anticipated upon his NBA retirement.

In all, seven players have worn No. 6 since the franchise’s 1988 inception. Terry Mills, Harold Jamison, Eddie Jones, Luke Jackson, Blake Ahearn and Mario Chalmers also have worn No. 6 for the Heat, with Chalmers ceding the number when James joined the team in the 2010 offseason.

James currently wears No. 6 with the Los Angeles Lakers.

While the NBA will grandfather the wearing of No. 6 by current players, that will not factor into play for the Heat.

Russell is the first NBA player to be so honored with a league-wide jersey retirement.

In addition to the NBA retiring Russell’s number, all players will wear a commemorative patch on the right shoulder of their jerseys this season, and every NBA court will display a Celtics-style clover-shaped logo with the No. 6 on the sideline near the scorer’s table.

The Celtics have additional recognition planned.

“Bill Russell’s unparalleled success on the court and pioneering civil rights activism deserve to be honored in a unique and historic way,” NBA Commissioner Adam Silver said in a statement. “Permanently retiring his No. 6 across every NBA team ensures that Bill’s transcendent career will always be recognized.”

Russell won a record 11 NBA championships in 13 seasons, which followed back-to-back national championships at the University of San Francisco (1955 and 1956) and a gold medal with the U.S. Olympic team (1956).

The Heat have honored members outside of the franchise with recognition separate from the team’s retired team jerseys of Wade (No. 3), Bosh (No. 1), Alonzo Mourning (No. 33), Tim Hardaway (No. 10) and Shaquille O’Neal (No. 32).

Such additional honors, such as the No. 23 of Chicago Bulls icon Michel Jordan and the No. 13 of Miami Dolphins legend Dan Marino are displayed in a different area of FTX Arena. The team lists No. 23 as retired, with no similar designation for No. 13.

Russell joins Major League Baseball’s Jackie Robinson (No. 42) and the NHL’s Wayne Gretzky (No. 99) as the only athletes to have their numbers retired league-wide in major North American major sports.

Robinson last season converted 232 3-pointers, which tied for the seventh-highest total in the league during the regular season.

As part of the program, Robinson was part of a check presentation at Feeding South Florida’s Pembroke Park headquarters on Wednesday.

“This season held a special significance for me as I knew the points I shot were not only adding up on the scoreboard, but would benefit the communities in South Florida that are in need,” Robinson said in a statement. “I’m proud to have teamed up with Dunkin’ and Feeding South Florida for the chance to help while doing something I love.”