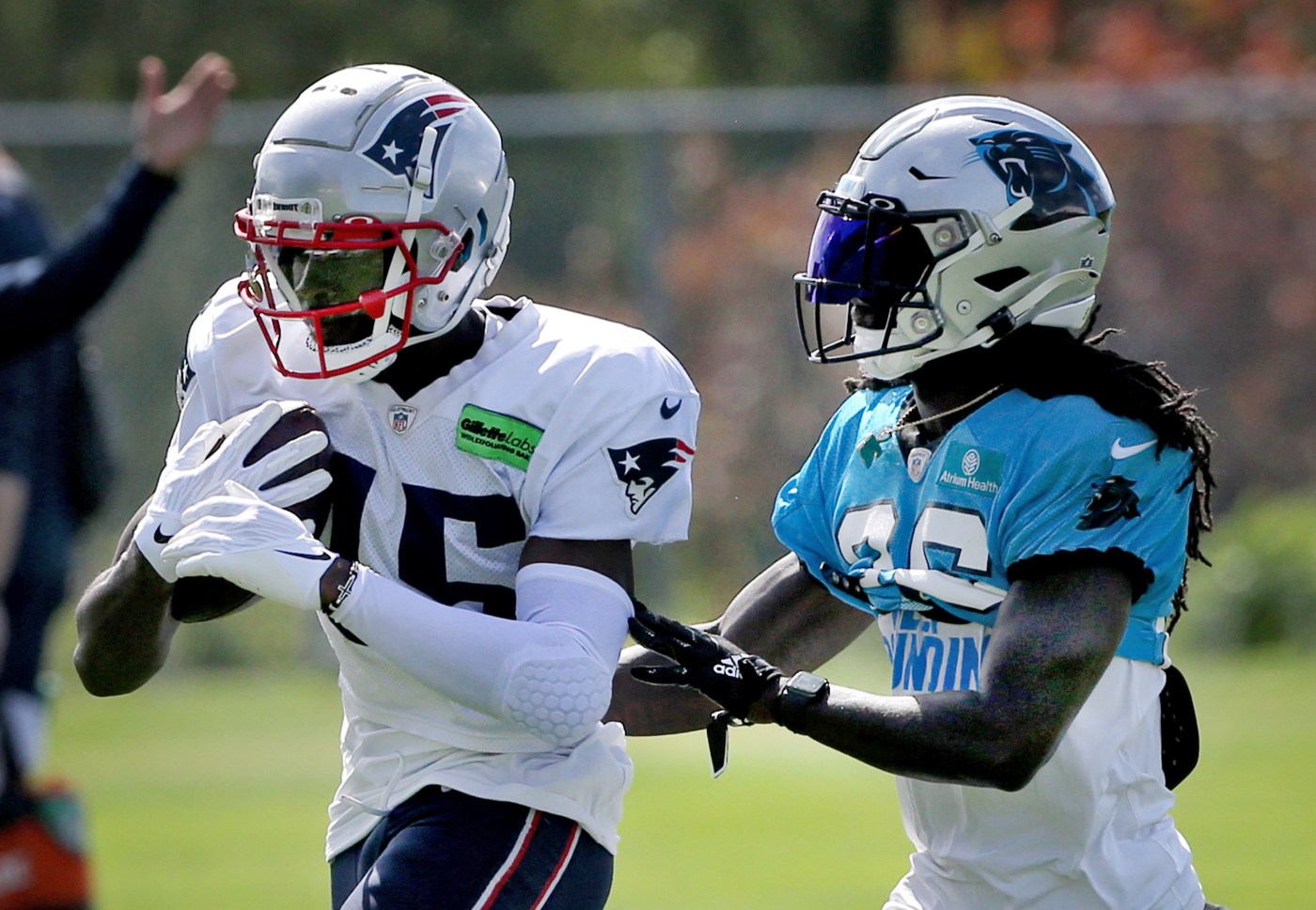 The Patriots’ second and final joint practice with the Panthers was the most contentious in recent team history, as two fights and several scrums broke out in the first hour. Practice-squad wide receiver Kristian Wilkerson was carted off, and defensive lineman Deatrich Wise got ejected with two Panthers. After that, play settled down and evened out.

The Pats offense, hot off its best practice off the summer, was thrust into neutral versus an energized Carolina defense. The Patriots defense failed to tally one sack of Panthers quarterbacks Baker Mayfield and Sam Darnold and wrestled to a draw in team periods. But there were a few constants across Days 1 and 2 of practice.

Notes: Henry and Durant missed their first training camp practices after leaving early on Tuesday. Henry was spotted Tuesday night wearing a compression sleeve on his left leg. Wynn and Murray have been missing all week.

What happened in the Patriots’ latest practice brawls with the Panthers

Play of the Day

Barreling toward the right sideline in an early 11-on-11 period, Jones jumped a short Sam Darnold throw intended for backup tight end Stephen Sullivan. First, he batted the pass up as Sullivan stepped out, then snatched the ball and toe-tapped inbounds for a pick. His No. 1 highlight of training camp.

Player of the Day

From splitting a downfield double team to posting a team-high four catches in team periods, Agholor did everything Tuesday. His best catch, against the aforementioned double team, came behind Panthers cornerback Jaycee Horn and safety Myles Hartsfield in the back of the end zone. Agholor had run a slot fade from 15 yards away and tumbled backwards with possession to complete a perfect passing connection.

Note: The passing stats below were tallied during competitive, full-speed periods of 11-on-11 and 7-on-7 only. The stats in parentheses represent each quarterback’s passing totals for training camp.

Mills finished joint practices with more pass breakups (5) than catches allowed during team periods. He blanketed Panthers wideout D.J. Moore, a perennial 1,000-yard receiver, in 1-on-1s, then later on back-to-back downfield throws in 11-on-11s. He picked the first one, a on-target pass from Sam Darnold, then punted it in celebration.

Mills has looked like a legitimate shutdown corner in camp.

No one started practice faster and better than Bryant, who earned a pick in 2-on-2s and later punched the ball out to stop a completion. Later, Bryant ran with the starting defense against Carolina’s first-team offense during a 2-minute drill.

Rough, rough practice for Zappe. He threw a bad interception over the short middle during his 2-minute drill and had another dropped in the end zone.

The only receiver who hasn’t flashed in practice or the preseason opener, Hammond dropped a pass late in practice and caught just half his targets.