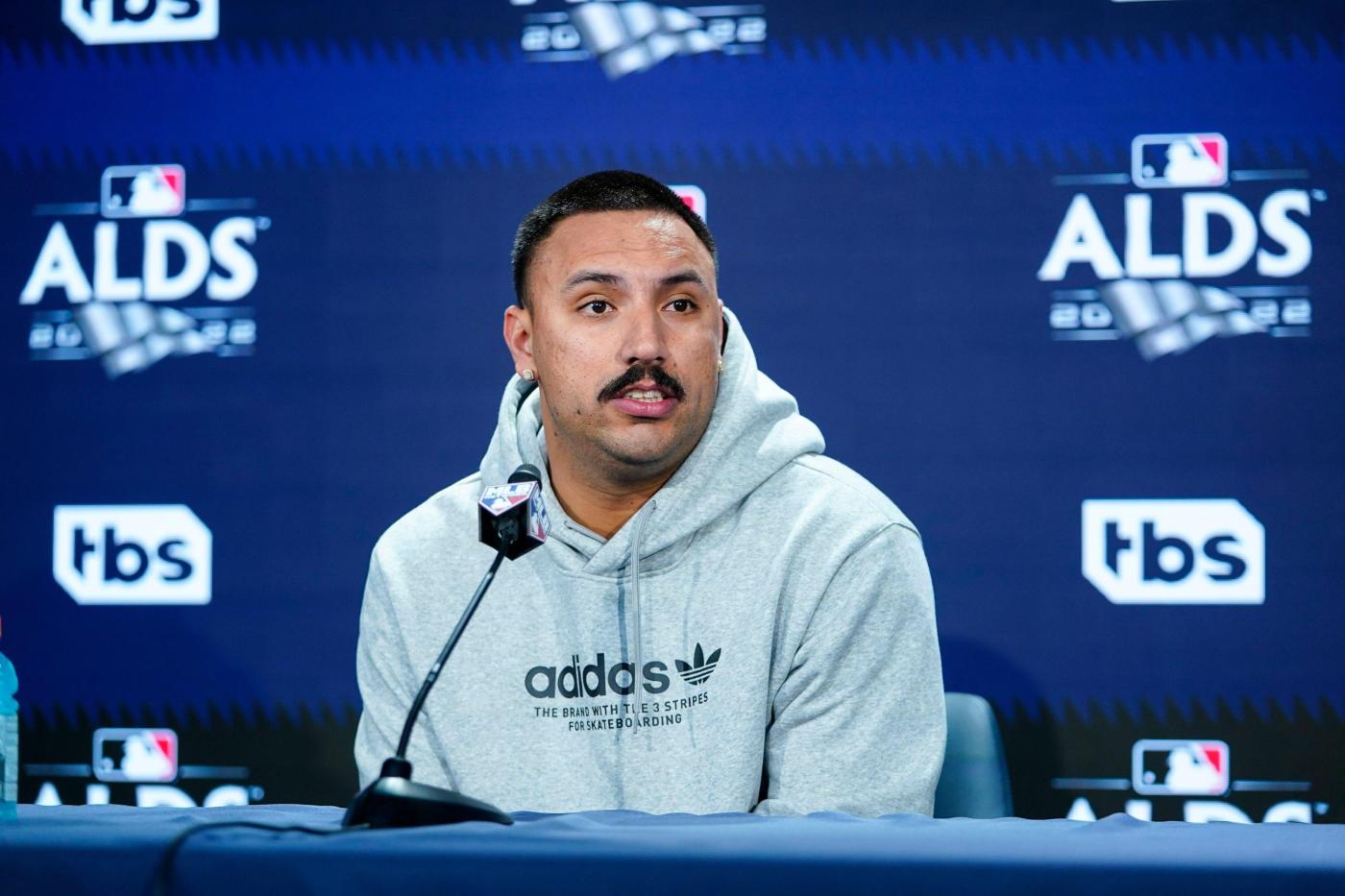 It’s been a year of firsts for Yankees’ lefty Nestor Cortes. He made his first All-Star team. He crossed the 100-inning threshold for the first time, then 125, then 150 before ending the regular season with 158.1 star-making innings. On Friday, he also made his first-ever postseason start, holding Cleveland to two runs in five innings during a game the Yankees eventually lost.

With the help of Monday’s rain washing out Game 5′s original schedule, the Yankees felt comfortable handing the ball to Cortes on three days’ rest for the rescheduled Game 5 on Tuesday afternoon. It’s a remarkable story for someone who was designated for assignment by the Orioles in 2018 and had a devilish 6.66 ERA across the 2019 and 2020 seasons.

“It feels incredible to be able to do what I did today,” Cortes said of giving the Yankees five innings and 61 economical pitches on three day’s rest, giving up just three hits and one run in the process.

Those 2018 Orioles were the worst team in baseball at the time, and even they didn’t want him. Four years later, Cortes has transformed himself into a pitcher that can be counted on for not only a winner-take-all game but one for the sport’s most scrutinized team at the pressure cooker that is Yankee Stadium. With Game 5 getting moved back by about 20 hours, Cortes became manager Aaron Boone’s preferred choice to get through the Guardians’ lineup at the beginning of the game. Had the Yankees and Guardians been able to play on Monday, it’s possible that Cortes would have emerged from the bullpen at some point to try and carry the Yankees to Houston.

“Nestor felt good [Monday] so he was gonna play a significant role potentially,” Boone revealed. “We feel good about it.”

The Yankees and Cortes, now done with their tumultuous Cleveland series and moving on to face the Astros, have to feel great about the performance they got from Cortes on Tuesday, even if the man himself said he came in with some uneasiness.

“I was a little nervous,” Cortes admitted after the game. “I knew the fans and everybody was waiting for our victory. But definitely an incredible atmosphere. Incredible feelings. Just happy to be here.”

“Man, what an effort,” Boone chimed in after the game, a glass of champagne at his side. “You know, honestly going in, I would have been really excited about ten batters, getting through [Steven] Kwan that second time. Best case was getting through [Josh] Naylor in the middle of the order the second time through. For him to get through two times and then get Kwan out the third time and give us five innings on three day’s just set us up so well.”

Before the game, Boone said that he wasn’t expecting Cortes to go very deep. Five quality innings certainly qualified as a nice boost for the manager.

“I just feel like we don’t need huge length out of them,” Boone said. “The one thing yesterday ended up doing is giving me another break for the relievers.”

That break surely helped Clay Holmes. He pitched on Sunday and the rainout meant that he could pitch again on Tuesday without having to go on back-to-back days. Holmes responded to that extra day by firing a scoreless eighth inning in the Game 5 victory. Wandy Peralta pitched in each of the first four games, so a brief respite was probably a welcome idea, even for a notoriously rubber-armed pitcher. He ended up getting the final three outs on Tuesday, becoming one of the unlikely pitching heroes of this topsy turvy series, and the first pitcher ever to appear in all five games of a Division Series. He finished the series with seven strikeouts, no walks, and two earned runs in six innings.

In an all-hands-on-deck situation, several pitchers can be asked to take on a role that they’re not comfortable or familiar with. It’s the postseason, though, and routine gives way to necessity. Jonathan Loaisiga, for instance, pitched two innings to bridge the gap from Cortes to an eventual victory. Tuesday marked just the second time all season that Loaisiga completed a two-inning relief appearance.

“You try and get what you think is the best guy in the best spot,” Boone explained. “So I don’t stress that much about that. You know, I feel like we are set up good today. I’m excited to see these guys go out and do their thing.”

Boone said before the game that he would have been open to using Gerrit Cole at the end of the game. The Yankees’ four-run lead after five innings, in addition to the length they got from Cortes, made that irrelevant, though Cole was warming up in the bullpen during the ninth inning just in case.

“He’s durable and, you know, mechanically really efficient,” Boone said about his ace. He’s very honest about where he’s at too and things like that. So he’s good to talk to in that way.”

Jameson Taillon, who was originally set to start Game 5 had it been played on Monday, will now get the ball for Game 1 in Houston on Wednesday.

DJ LeMahieu (foot fracture) took batting practice on the field with his teammates prior to Game 5, looking like his normal self. On his way off the field, the infielder who missed most of September before coming back for five touch-and-go games at the end of the regular season gave an update on his condition. Asked if he feels well enough to partake in a potential American League Championship Series, LeMahieu was optimistic.

“I’m hoping so,” he relayed. “I feel a little bit better. Just with rest, I feel good.”

He said there is still some discomfort in the foot, but it’s not bad enough to keep him from playing if asked. LeMahieu also took ground balls in the infield without issue.