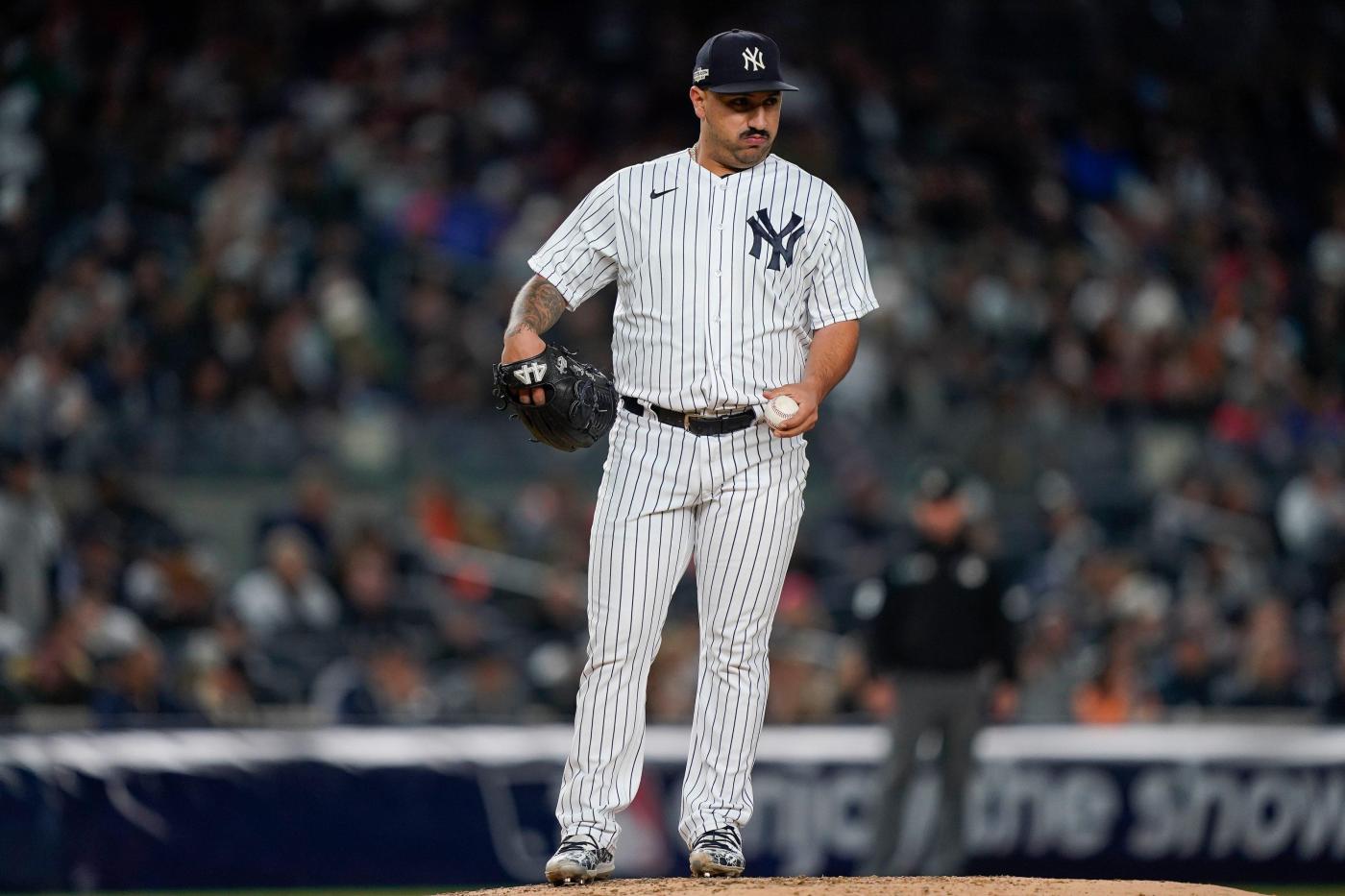 Aaron Boone was “thrilled” to have right-hander Nestor Cortes on the mound to start a crucial Game 4 for the Yankees against the Houston Astros in the ALCS on Sunday night at Yankee Stadium. But Cortes’ night didn’t last long as he was removed in the third inning with a left groin injury right after giving up a game-tying three-run homer to Jeremy Peña.

Cortes’ fastball velocity dropped to 88-89 in the second inning but he had only faced two above the minimum, giving up a single to Peña in the first and walking Kyle Tucker in the second. He started the third inning with a 3-0 lead.

This was the same injury that sent Cortes to the injured list in August. On the TBS broadcast, manager Aaron Boone said Cortes has been dealing with the injury since his first postseason start against the Cleveland Guardians in the ALDS on Oct. 14.

“He actually did it, I think, in his bullpen in his first start against Cleveland,” Boone said after the game. “It wasn’t as significant as when he went on the IL earlier in the year, and he actually pitched through it well with that game, and then obviously came back on three days rest and was good, was good today, and then I think he had — I don’t think he was in pain or anything like that. But he just, we noticed all of a sudden the downtick in velocity and more importantly the command, because there’s times when he’ll drop in velocity and that’s not a big red flag. But obviously walking two guys in a row there, unfortunate.”

He walked Martin Maldonado to lead off the third. The trainers came out to visit him before the second batter, Jose Altuve, who also drew a walk. It was the first time Cortes had walked back-to-back hitters all season. He then hung a slider up to Peña, who launched it into the left field seats to tie the game.

Wandy Peralta then came out of the bullpen to replace him and the Astros took a run off of him to go up 4-3. Cortes was charged with three earned runs on two hits, walked three and struck out two in a little more than two innings.

Cortes was 1-0 with a 2.70 ERA in the postseason coming into this game and became the Yankees’ unlikely ace this season when he went 12-4 with a 2.44 ERA. The mustachioed right-hander who was born in Cuba and raised in Florida was originally drafted by the Yankees in 2013 but claimed by the Baltimore Orioles in the Rule 5 Draft in 2018.

Houston eliminated the Yankees with a 6-5 win to complete the sweep. The Astros will move on to face the Philadelphia Phillies in World Series.

“The bullpen came in and was terrific and gave us a chance there,” Boone said. “But, yeah, feel bad for Nestor.”