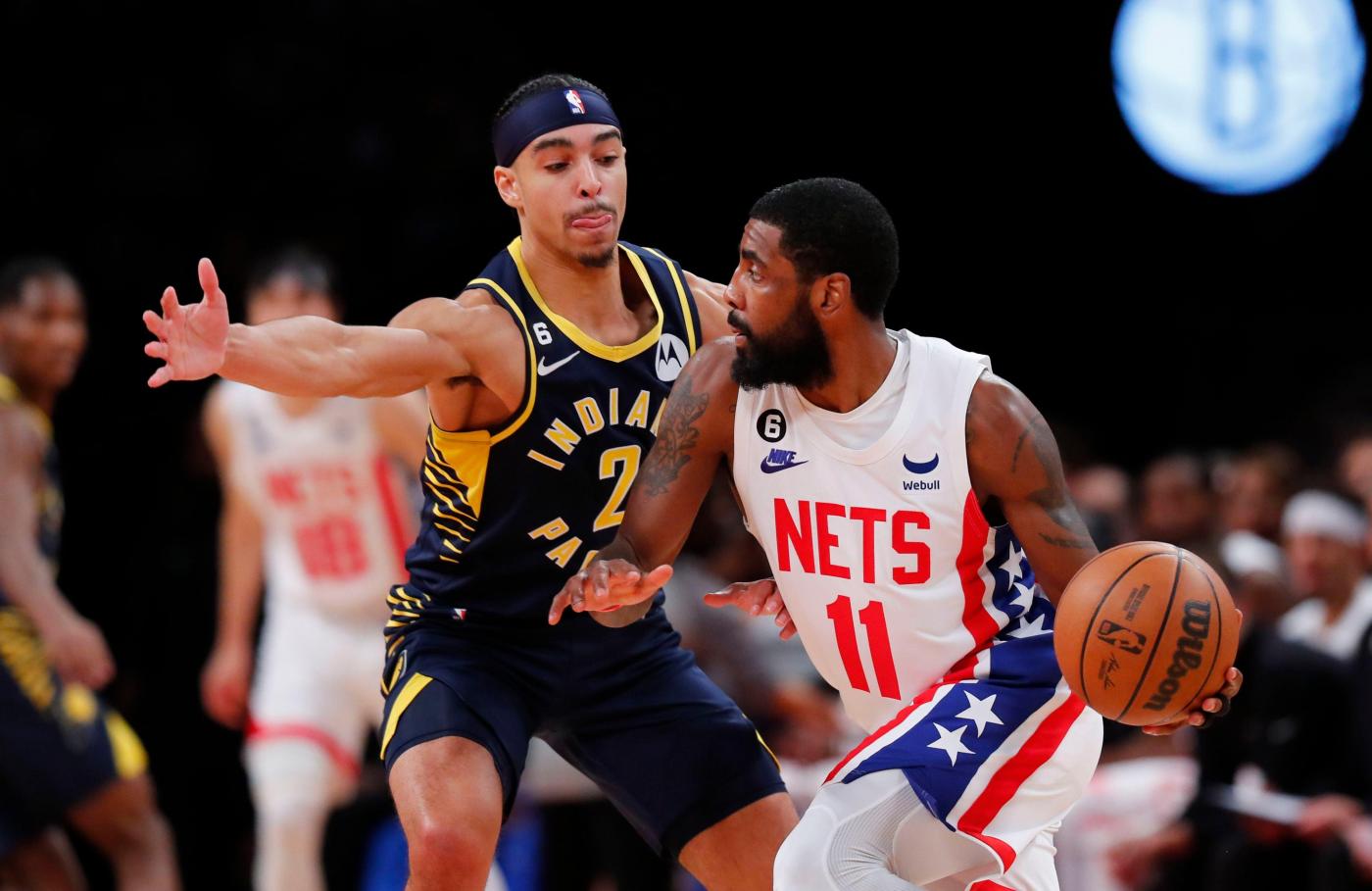 Two teams played basketball at Barclays Center on Saturday. Let’s call them Team A and Team B.

Team A is supposed to win in a game against Team B, and it shouldn’t be a contest. In fact, Las Vegas made Team A 11-point favorites.

Yet such is the state of affairs for a Brooklyn Nets team that has now lost four games in a row and dropped to a 1-5 record after their embarrassing 125-116 loss to the Indiana Pacers on Saturday, a loss punctuated by Kevin Durant — a sure-fire first-ballot Hall of Famer — slapping the scorer’s table in frustration with four minutes left in the fourth quarter at the very moment he, like many in the crowd, realized his team was not going to win.

A roster with Durant and Kyrie Irving, capable shooters and playmakers should blow the lid off of most opponents, especially opponents like the Pacers who are not contending for a championship and might not even qualify for the Play-In Tournament.

Instead, the Nets look like the team headed for another Play-In Tournament appearance, only this time, they don’t have the laundry list of excuses to justify the poor performance. Only this time, the Nets have had a full training camp with their mostly healthy roster and they’re continuing to struggle.

The first few losses were excusable. The New Orleans Pelicans have established themselves as a dark horse NBA Finals contender in the Western Conference. The Memphis Grizzlies put the league on notice last season, the Milwaukee Bucks are perennial contenders, and Luka Doncic could be the NBA’s Most Valuable Player this season. He hung a 40-point triple-double to beat the Nets in overtime.

The Nets were supposed to beat the lowly Indiana Pacers on Saturday. It was as close to an early season must-win as it gets.

But the same issues that plagued the Nets in their first four losses of the season doomed them in the fifth. The defense was atrocious, the Nets got outrebounded by a wider margin (53-34) than they lost by and Ben Simmons continues to be a shell of himself offensively.

The game plan against the Nets is clear: If you can put a shoulder into a player, you can likely get through him, and if you can get through him, there’s no true enforcer on the roster to protect the rim. Far too often, a defender had to help from the weak side, which made the Nets susceptible to the corner three.

This happened time and time again: The Pacers hit 23 triples, tying an all-time record for most threes made against the Nets in franchise history.

Some of those threes were flukes — that is, Tyrese Haliburton, Buddy Hield and rookie Bennedict Mathurin walking up the court and shooting over a contest. Many of them, however, were not.

The Nets’ defense is in a bad place.

And so, it would appear, are both the team and the fan base. Some Nets fans began booing the team as a lowly Indiana roster ran up a double-digit lead. Other fans booed the Nets as they walked off their beautiful “classic” court design.

The Nets have another chance in a game they’re heavily favored in — because Team A and Team B play again on Halloween.