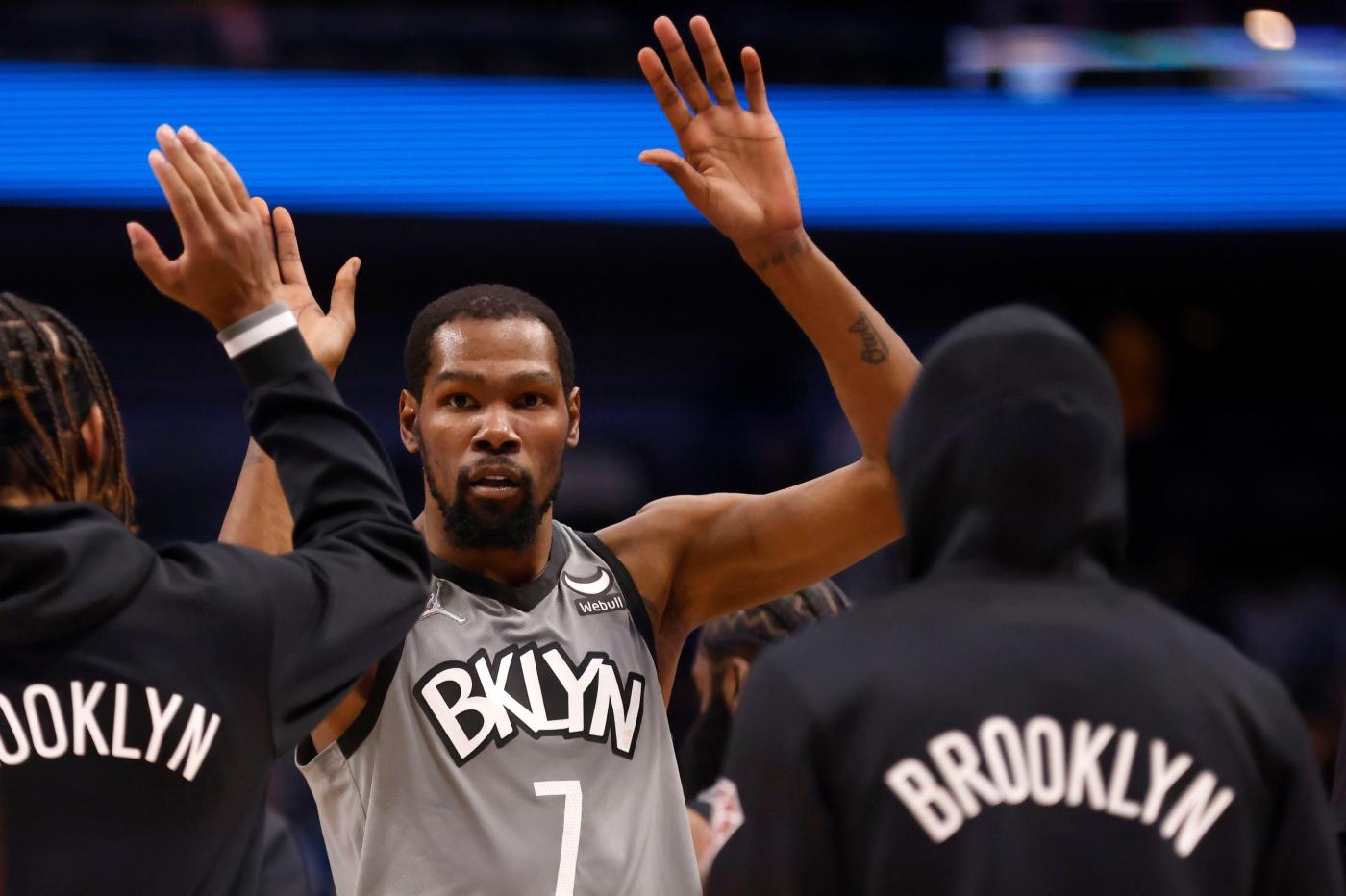 The Nets’ roster additions this offseason suggest they are still trying to compete for a championship. The dark cloud hovering over the franchise in light of Kevin Durant’s trade request, on the other hand, would suggest otherwise.

The truth, as incumbent head coach Steve Nash likes to say, is somewhere in the middle: Durant’s trade request has created a bit of an awkward situation in Brooklyn, but the Nets appear – at least on the surface – willing to take this stalemate further into the offseason, and quite possibly into training camp, if they aren’t blown away by a deal far superseding the haul the Utah Jazz got in the Rudy Gobert megadeal with the Minnesota Timberwolves.

The reality is Durant has four years remaining on his contract and is one of the best basketball players ever to set foot on an NBA court. The Nets aren’t going to be rushed into selling low. And if Phoenix’s best offer — without Devin Booker, that is — is Deandre Ayton, Mikal Bridges, Cam Johnson and six or seven years worth of combined picks and pick swaps and isn’t enough, it’s unclear what within reason another team can offer that would make the Nets’ front office comfortable agreeing to a trade.

Yet amid what has been a worst-case scenario — the utter thought of losing the best player in franchise history before a true run at an NBA championship — Nets GM Sean Marks is making good on his promise to improve Durant’s supporting cast in the opening week of NBA free agency. If he can put together a deep and talented enough supporting cast with the limited financial tools at his disposal given the Nets’ status as a taxpaying team, Marks might be able to make Brooklyn’s grass green enough to convince Durant to stay put.

Many have pointed to the Nets’ decision not to offer Bruce Brown a contract this offseason, and on the surface, allowing Brown to walk to Denver on a modest two-year, $13M deal looks like a blunder. But the Nets are expecting a healthy Ben Simmons for the first time since acquiring him in the James Harden deal. A healthy Simmons averages about 34 minutes per game, and Nash said in his exit press conference the team intends not only to use Simmons as the point guard and offense initiator, but also as a center–a screener-and-roller of Brown’s ilk in the last two seasons.

The Nets made a business decision: Not to overpay to have roster redundancy. Instead, they used their trade exception to acquire Utah Jazz 3-and-D wing Royce O’Neale.

O’Neale has long been a player the Nets sought, and Brooklyn attempted to trade for him last season, according to HoopsHype’s Michael Scotto. While Brown shot 40% from three-point range last season, his shooting percentages were not only a career high, but an outlier. Brown must cement his status as a shooter with an encore performance next season before teams begin to treat him as a legitimate outside threat.

O’Neale is a threat, and one can argue the Nets overpaid by furnishing a first-round pick in 2023 to coax the Jazz into a deal. The response to that argument, however, is that the Nets don’t own the rights to that pick anyway. It will be the least favorable of their own, Houston’s and Philadelphia’s first-rounder next season, and if a first-round pick is the cost of doing business to add an immediate impact player to a championship team, it’s the cost you pay almost every time.

Which brings us to the other acquisitions: The Nets signed veteran scorer TJ Warren, and The Athletic reported they got him at the veteran’s minimum. Warren has missed all but four games in the past two seasons with what has been reported as a navicular fracture to his left foot. In the last three full-ish seasons Warren has played, however, he is averaging close to 20 points per game. He is a 6-foot-8 forward who checks two boxes: satisfying Durant’s criteria when he tweeted “it’s a wing’s league,” and adding size to a Nets team that got bullied in their first-round sweep by the Celtics last season.

The Nets also added a big guard: Edmond Sumner, who missed all of last season after getting surgery on his Achilles, but shot it at a 39% clip from downtown the last time he played games for the Indiana Pacers.

While Nets made these improvements, they still have their best available tool to add an impact player on free agency: the taxpayer’s mid-level exception, which can be a one-year deal with $6.5M or a three-year deal worth $20M. The MLE can also be split between multiple players, so if more players like Warren are willing to take a pay cut to join a championship contender, the Nets can accommodate them for a few hundred thousand dollars more than the veteran’s minimum. Some players that make sense given Brooklyn’s roster construction are shot-blocker Hassan Whiteside, defensive hound Avery Bradley, backup speed demon Dennis Schroder and three-and-D wing Ben McLemore.

Those free agents, however, will want clarity on Durant’s status in Brooklyn before making a commitment. Durant’s trade request has frozen business in basketball. Yet what’s clear in Brooklyn based on their moves in the aftermath of Durant’s request is that they are still trying to win games.

Can Marks put a good enough supporting cast around Durant to make him reconsider a future in Brooklyn? Kobe Bryant once requested a trade on Los Angeles public radio, saying he’d rather play on Pluto than return to the Lakers, only to go on to win five championships and never play for another team.