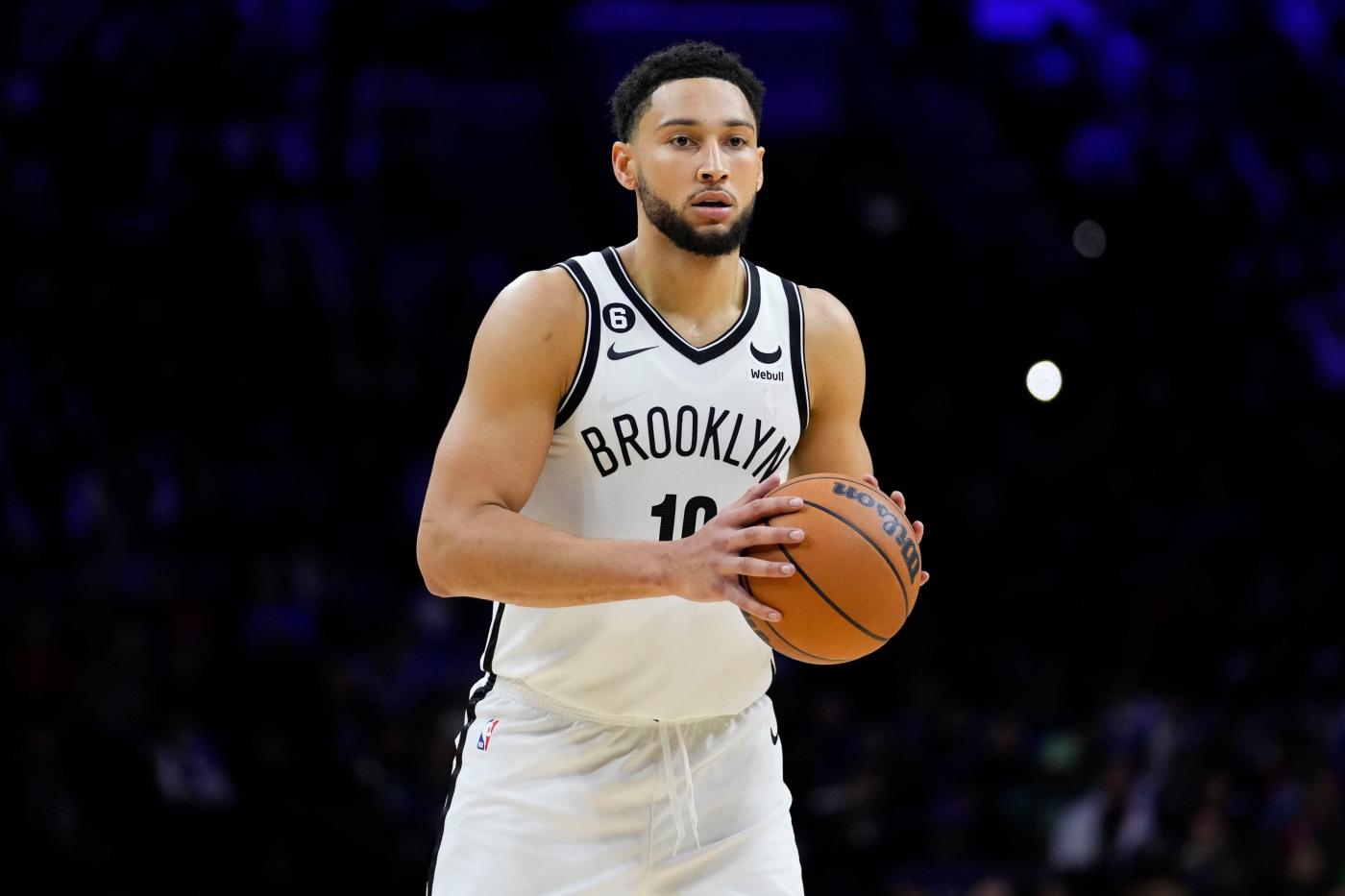 The last time Ben Simmons played against the Indiana Pacers, he had yet to score in double figures on the season.

Fast forward to Friday’s post-Thanksgiving matchup, and Simmons — who has night-and-day improved in all areas of his game by turning a corner in both his back and knee issues — has scored 11 or more in six straight games.

He is inching closer and closer to becoming the player the Nets envisioned when they traded James Harden: Simmons is dogged defensively, aggressive in getting to the rim, playing with pace, finding teammates and looking for his own shot.

And yet the Nets are still losing to the teams they are supposed to be dispatching handily.

They lost to the Pacers then, and lost to them again on Friday, 128-117, in a game where Indiana’s youthful exuberance and run-and-gun offensive style made all the difference.

It’s the fourth game in recent memory the Nets lost where they were heavily favored: Nov. 13 against the Los Angeles Lakers without LeBron James; the 32-point loss to the Sacramento Kings; the embarrassing loss to the Philadelphia 76ers without Joel Embiid, James Harden and Tyrese Maxey.

And now this: a second loss to an admittedly young and fun Indiana Pacers team.

The first loss to the Pacers — among other reasons — got Steve Nash fired.

The Nets are out of figureheads to blame unless you’re pointing at general manager Sean Marks for constructing this roster. Even if the roster isn’t perfect, it’s still talented and should be faring better against lesser opponents.

One thing’s for sure: The Pacers are certainly better than advertised.

What was once considered to be a team positioning itself for the Victor Wembanyama sweepstakes has found it’s own Big Three.

Tyrese Haliburton, who arrived in Indiana in the Domantas Sabonis trade, is the franchise cornerstone. Benedict Mathurin might be ahead of No. 1 overall pick Paolo Banchero in the Rookie of the Year race; and Buddy Hield, who has been considered trade bait since arriving to Indiana, is flammable. When he catches fire, he stays hot.

The last time the Nets played the Pacers, Kevin Durant called them each $100M players.

But the Nets have three players who’ve signed max contracts in Durant, Simmons and Kyrie Irving. They also have championship aspirations. It’s supposed to be a no-contest.

It was anything but.

The Nets struggled to find offense in the fourth quarter outside of Durant, who was the only player to record a field goal in the final period. He scored 20 straight points in the fourth and finished with 36 points on 15-of-31 shooting.

That is troubling for the Nets, though it may be too early into the season to say the team is in trouble.