Nets move closer to .500 after win in Toronto – Boston Herald 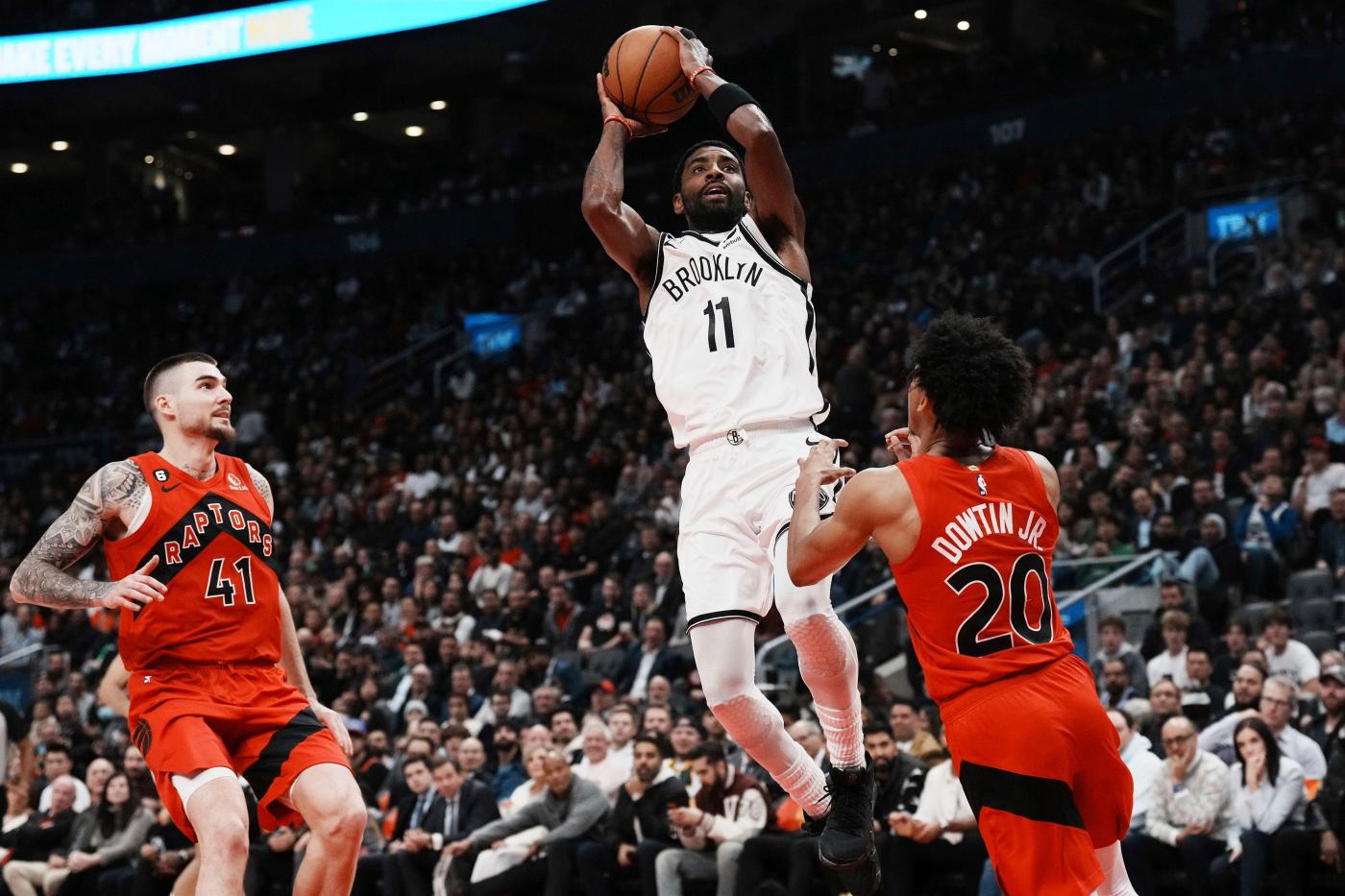 If the Nets played in Philadelphia the way they played in Toronto on Thanksgiving Eve, they would be winners of four in a row.

But clearly they needed that embarrassment in Ben Simmons’ return to Philly as a wake-up call.

Their 112-98 victory over the Raptors on Thursday was the get-right game. The Nets emptied their bench with four minutes left in the fourth quarter.

“Definitely a difference,” Kyrie Irving said after the game. “When we’re playing together like that, anything is possible. We’ve just got to build that consistency.”

It was proof that this Nets team simply has to play hard for 48 minutes to handle business night-to-night.

Like the 76ers, who were without James Harden, Joel Embiid and Tyrese Maxey in their upset win over the Nets on Tuesday, the Raptors were depleted: Precious Achiuwa, Fred VanVleet, Pascal Siakam, Otto Porter Jr., Justin Champagnie, Scottie Barnes and Dalano Banton all missed the game with various injuries.

And just like the 76ers, the Raptors outrebounded the Nets, particularly on the offensive glass — which has been an Achilles heel in Brooklyn for years. Toronto grabbed 23 offensive rebounds to Brooklyn’s seven.

It’s the first time in the last 20 years the Nets have given up 20 or more offensive rebounds in back-to-back games.

And yet the Nets compensated — as Jacque Vaughn demanded after Tuesday’s unpacking — for their biggest shortcoming simply by playing harder.

It’s what makes the game easier for everyone on the floor.

Kevin Durant, for example, only scored 12 points, his lowest-scoring game of the season. He shot 5-of-10 from the floor and recorded seven rebounds and five assists.

He didn’t need to shoot 20-plus times, though, because all five Nets starters scored in double figures. Irving led the charge with 29 points on 11-of-16 shooting from the field and five-of-eight shooting from downtown.

“Got great open looks from my teammates driving to the paint,” Irving said.

It’s his second consecutive high-efficiency scoring night after shooting 10-of-16 in the loss to the Sixers.

Simmons cleared a hurdle playing in his first back-to-back of the season. After an emotional return to his old arena, he played 33 minutes and tallied 14 points and six assists. He played free safety, intercepting passes all night and finished with three steals and two blocks.

The Nets have Thanksgiving off before traveling to Indiana to play the Pacers on Friday.