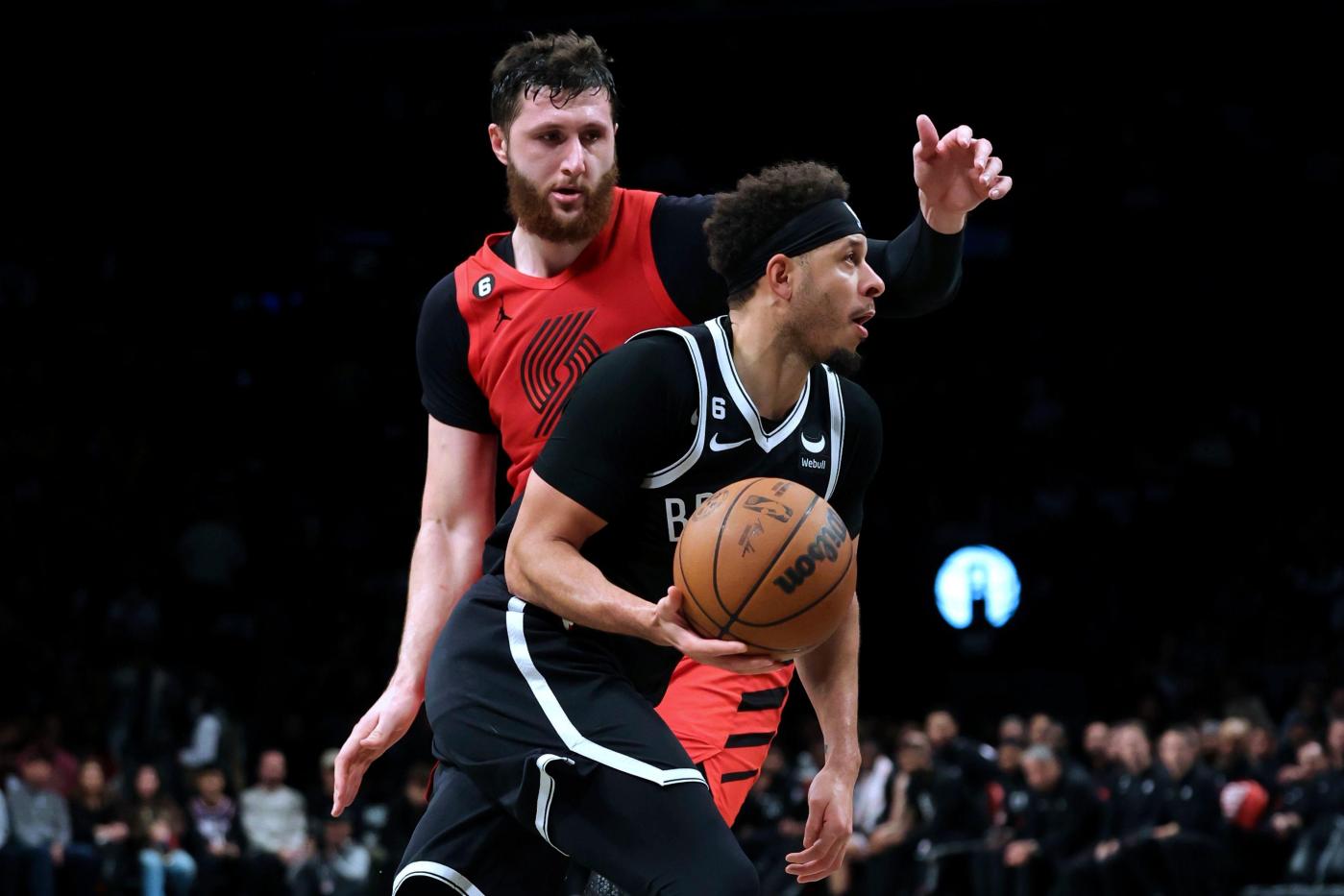 It’s time to add Brooklyn’s sharpshooter Seth Curry to the docket for the NBA’s Sixth Man of the Year award.

Curry came off the bench to hit seven threes for 29 points in the Nets’ victory over the Portland Trail Blazers on Sunday.

It’s Curry’s third 20-plus-point scoring game of the season and the fourth straight game he’s scored in double figures off the bench.

Curry’s start to the season was delayed due to off-season ankle surgery. He is averaging 11.3 points per game on 44% shooting from three-point range.

“It’s fun to see, especially when (the threes) go in,” head coach Jacque Vaughn said after Curry’s Sunday-evening barrage. “You see the confidence he has in his shot and the rhythm he’s starting to regain just from not playing and having offseason surgery.

It adds a dynamic to our group just because of the pace we can play with, and if you want to double-team (Kyrie Irving) or Kevin (Durant), there’s some guys on the right side than can really shoot the basketball.”

Asked if Curry, whose ankle had been problematic all of last season, will play in the second game of a back-to-back against the Orlando Magic on Monday, Vaughn said: “We’ll see. We’ll assess him after the game. Increasing his minutes, which is good, and next stage hopefully he’s playing back-to-backs. I’m hoping so.”

For now, Curry doesn’t have the numbers to justify legitimate Sixth Man consideration.

Warriors’ sixth man Jordan Poole, for example, is averaging 16 points per game. Christian Wood is averaging 17 points and eight rebounds off the bench for the Dallas Mavericks. Pacers rookie Bennedict Mathurin is averaging just under 20 points off the bench and is averaging 26 against the Nets. Not to mention Tyler Herro (Miami Heat), Malcolm Brogdon (Boston Celtics), John Wall and Norman Powell (Los Angeles Clippers) each play critical roles on teams with championship aspirations.

But Curry’s role increases with every game. It’s why he played extended minutes while Patty Mills — who signed a two-year, $14.5M extension this off-season — didn’t play against the Trail Blazers.

And with Durant on one side, Irving on the other, and Ben Simmons pushing the pace to find the open man, Curry projects to get many open looks he’s capable of knocking down.

“Every night we’re gonna get good looks. Kevin and Kyrie are going to get a lot of attention,” he said. “Kevin was drawing a lot of double teams and everyone was moving the ball. Pushing the ball in transition, Ben did a great job of getting downhill and he’s a great passer and he knows how to find me out there on the floor as well. Every night we do a good job of getting good shots offensively.”

Curry said he hopes to play against the Magic on Monday but wants to see how his ankle responds first before making the decision.