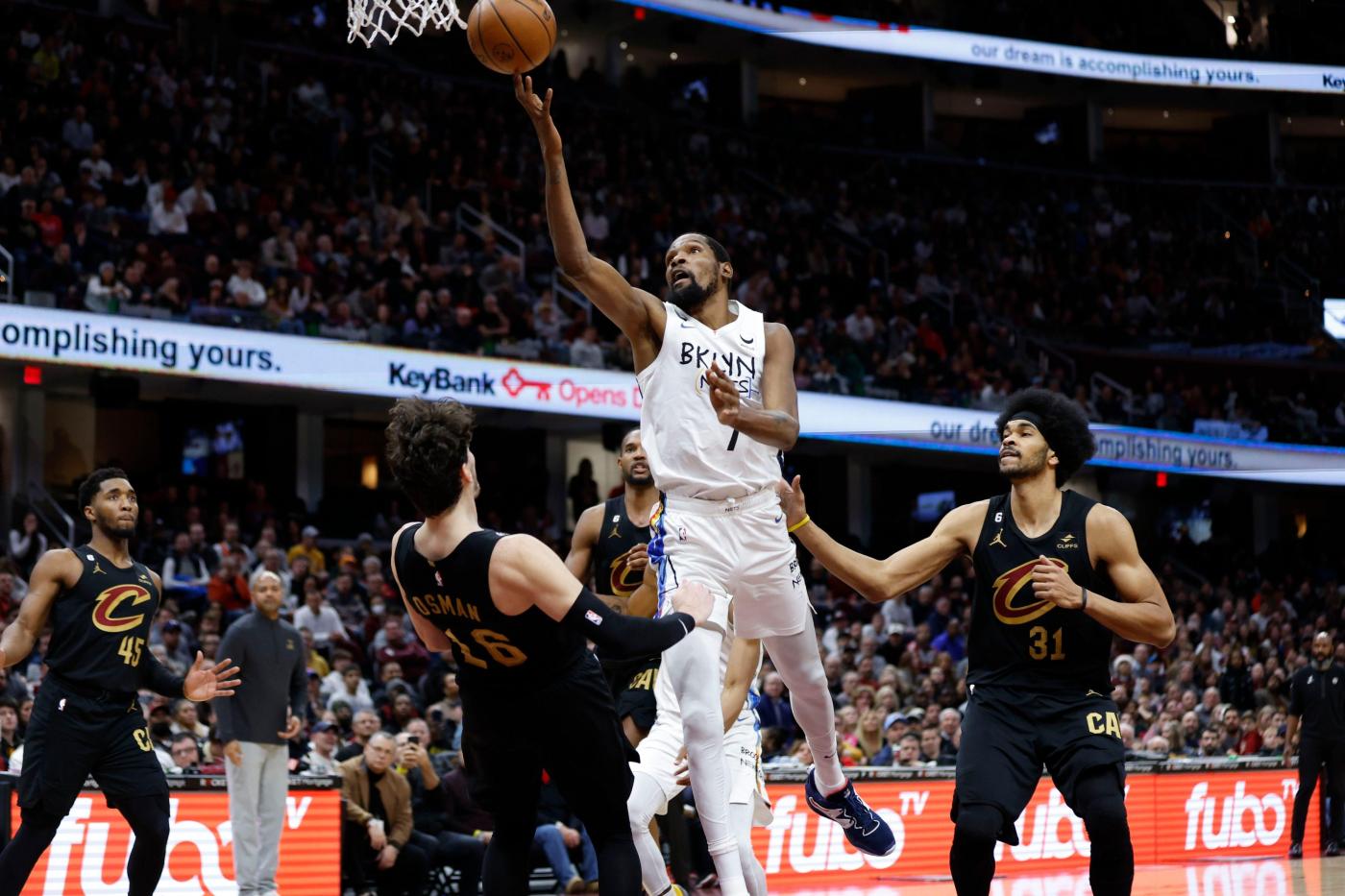 Just days after dispatching the 2021 NBA champion Milwaukee Bucks, the Nets extended their winning streak to nine in survival mode via a 125-117 victory over the third-seeded Cavaliers on Monday night.

The nine-game streak marked the franchise’s longest-winning streak since 2004 — when current Nets head coach Jacque Vaughn was part of a team that won 14 in a row.

“We’ve gotta have the approach to every game the same way, same approach, same mentality, same unity,” said TJ Warren, who came off the bench and scored 23 points on 9-of-14 shooting from the field. “Everyone coming in and playing for one another. Let’s continue this streak.”

Kevin Durant fouled out with 1:54 remaining in the fourth quarter, and Cavs star Darius Garland powered Cleveland back from down 19 points late in the game, but the Nets withstood Garland’s 46-point night to hold on for the victory.

It’s another win proving the Nets have worked themselves into the Eastern Conference’s elite. They have beaten championship contenders in back-to-back games and have leapfrogged the Cavaliers now for the No. 3 seed in the East.

The Nets have won 13 of their last 14 games and are now 20-7 since Jacque Vaughn stepped in for Steve Nash as head coach.

The Nets also improved to 12-3 in clutch games this season — games decided by five or fewer points in the final five minutes of regulation or overtime.

And after beating two of the top three seeds in the East, the only team the Nets haven’t checked off the list is the Boston Celtics.

The Cavaliers hung around late in the game, thanks to their crafty All-Star Garland, who got where he wanted on the floor. The Cavaliers ran their offense almost exclusively through him after Ben Simmons neutralized Donovan Mitchell on the other side of the floor.

Mitchell, who averages 29 points per game, shot just 5-of-16 from the field for 15 points. Simmons was his primary defender most of the night and blanketed him every time he was on the ball.

The Nets are now the Eastern Conference’s third seed and look to protect that standing Wednesday in Atlanta against the Hawks.