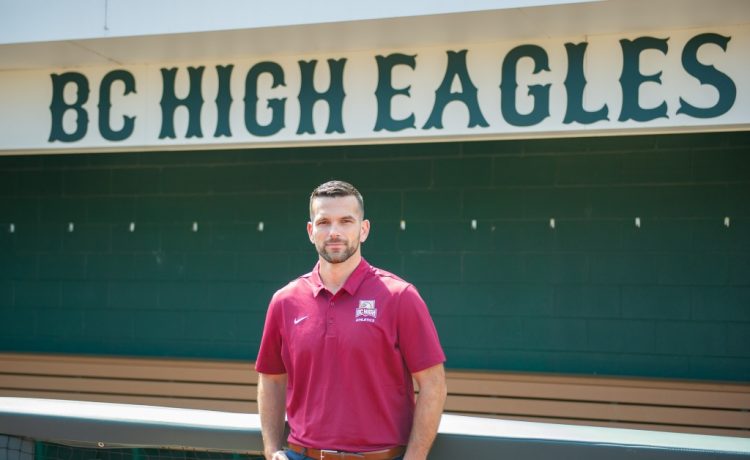 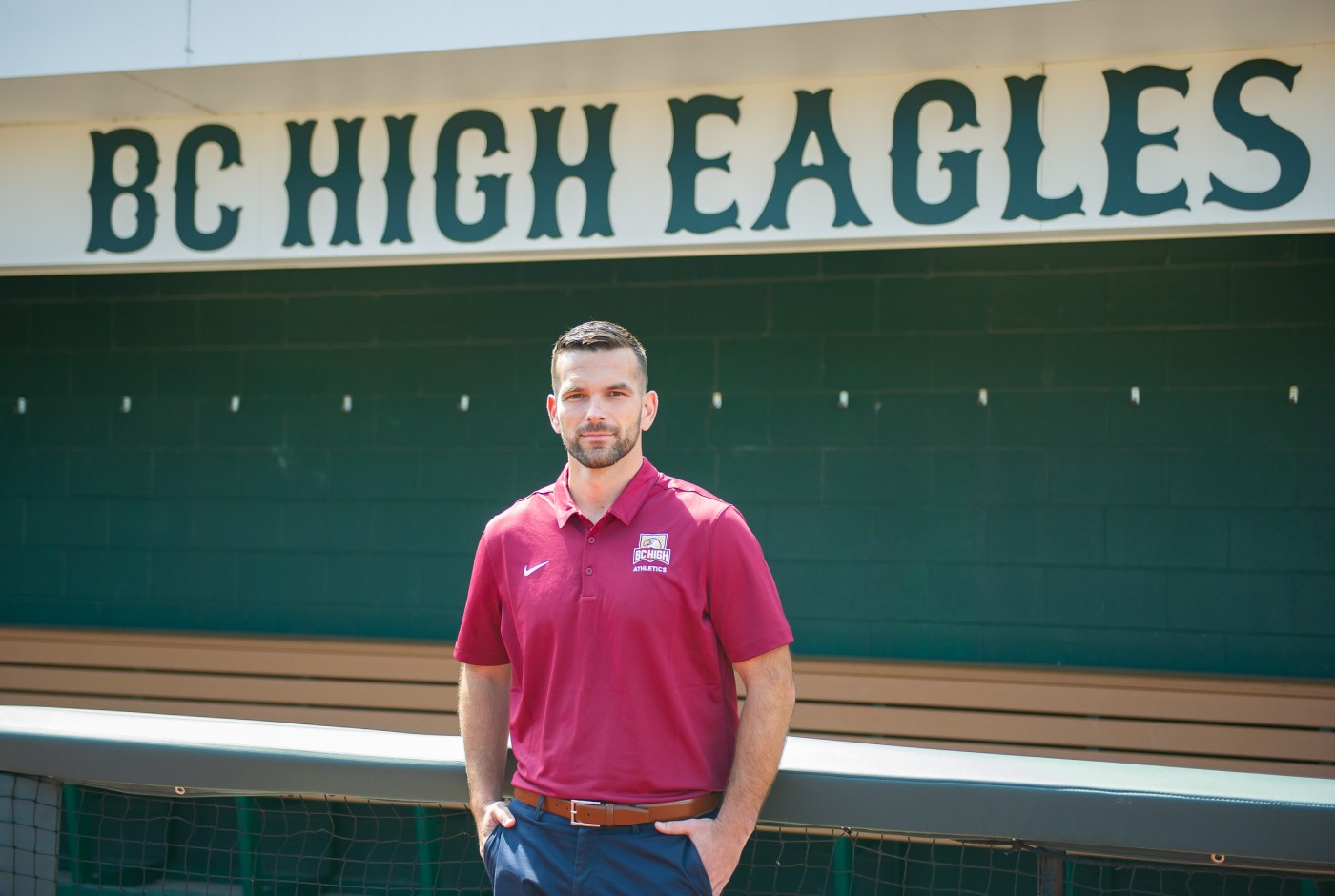 Tom Conley has been the athletic director at BC High for two months, but he still has to pinch himself from time to time to make sure it’s not a dream.

“It’s still pretty surreal, it probably didn’t hit me until a few weeks ago,” Conley said with a laugh. “When I was here as a student and athlete, being the athletic director at BC High never crossed my mind. Even now some of my friends will ask me if they really gave me the keys to this place.

“I feel really fortunate to be in a place that means a lot to me. To get the chance to come back here and become the athletic director is awesome.”

A two-sport standout at BC High, Conley graduated from the school in 2008 and went on to play college baseball at UMass, where he was a four-year starter as a catcher. He got the coaching bug and jumped into it right away when he was named head coach of the Pittsfield Suns in the Futures League shortly after graduating from college.

“While I was a volunteer assistant at Rutgers, I was engaged at the time and sleeping on my sister’s couch in New Jersey,” Conley said. “I called (BC High athletic director) Jon Bartlett and we had a conversation about a lot of things. I had a masters in history and I was thinking about teaching, then I got a call from Jon three days later saying the assistant AD job at BC High was open.

“To be able to come back and work under Jon for three years was a great experience. He was just so consistent, he’s like a machine. Even when I was a student here, I knew every day that the school would be getting their very best from Jon. It’s like he felt he owed it to the school and the kids and I had a chance to see that first hand every day the last three years, Nothing got past him.

“I owe so much to Jon. There’s no question that I wouldn’t be where I am today with him.”

Bartlett left BC High after 21 years as an athletic director to take over the vacant AD position at St. Sebastian’s. While it was a tough decision to leave a place Bartlett called home for decades, he knew deep down that the school had the right replacement right under their noses.

“Being an alum, Tom knows the expectations, the school values and the mission of the school,” Bartlett said. “It was important for the school to have someone like Tom. He’s got the right temperament for the job, he cares about the coaches.

“We have some similarities, but we are different in other ways, and that’s a good thing. Everyone approaches a job in their own way and I’m sure that Tom will find his own niche and that’s the way it should be.”

Norm Walsh coached baseball at BC High from 1980-2021, winning 622 games. Twenty-one of those wins came in 2008 when Conley was a part of a team that went on to win the Div. 1 state title. Walsh has no doubt that Conley will excel in his new role.

“The biggest thing about Tom is that he listens,” Walsh said. “I think he will be the type of person who will let the coaches coach. He’ll hold them responsible and talk to them if needed, otherwise he’ll leave them alone. I think that comes from (former AD) Jimmy Cotter, who always let the coaches do their thing.”