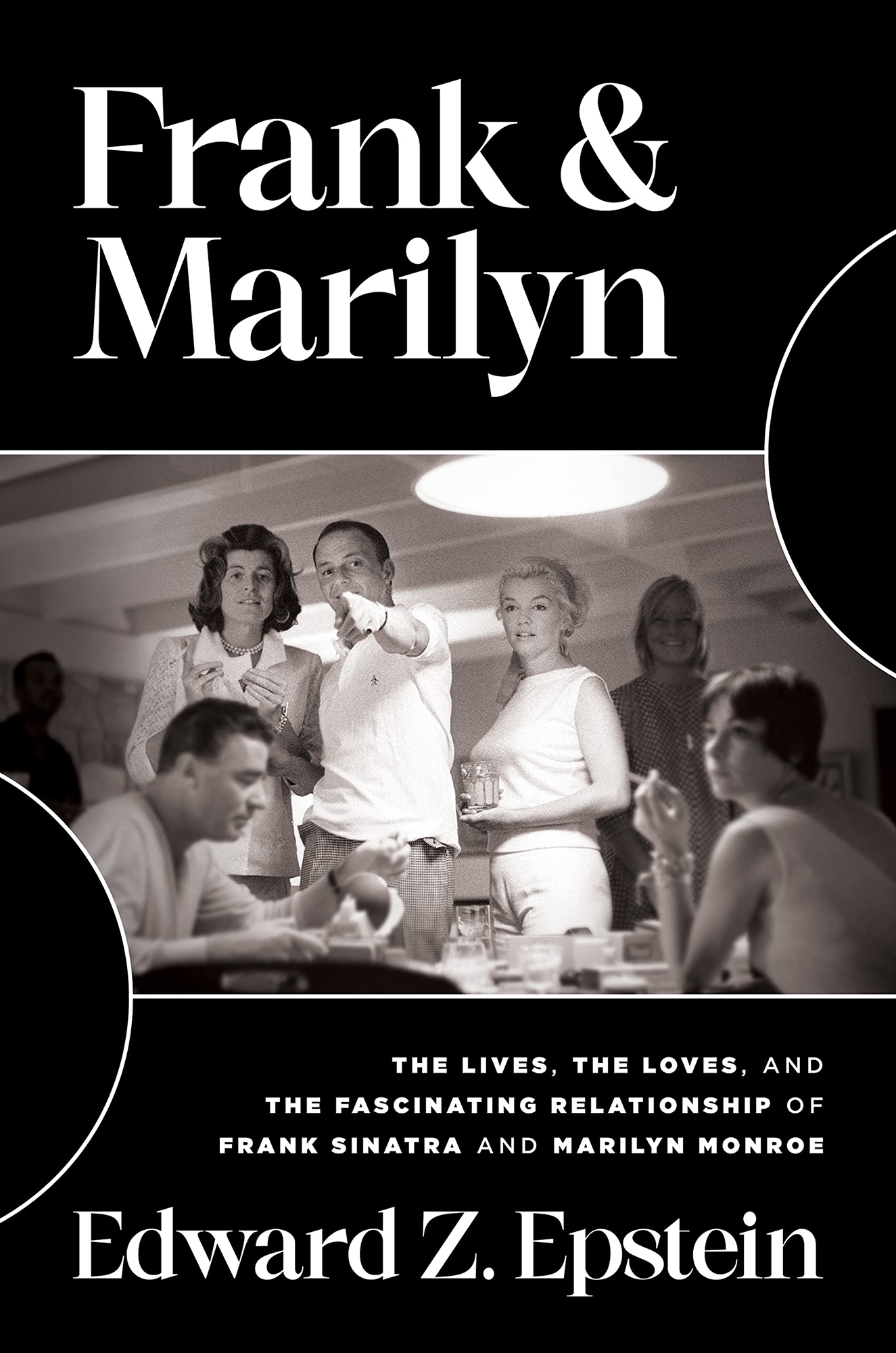 “Frank & Marilyn: The Lives, the Loves and the Fascinating Relationship of Frank Sinatra and Marilyn Monroe”

They were strangers in the night.

Even as they went from exchanging glances to embracing dances, something warned them do-be-do-be-don’t.

“Frank & Marilyn: The Lives, the Loves and the Fascinating Relationship of Frank Sinatra and Marilyn Monroe” by Edward Z. Epstein uncovers details about a secret, nearly decade-long relationship between them.

When Sinatra and Monroe first crossed paths in 1953, she had just shot to stardom with “Gentleman Prefer Blondes” and that nude photo in Playboy. He had just scored a high-stakes comeback and an Oscar with “From Here to Eternity.”

“A ‘normal’ life, by then, was out of reach for both,” Epstein writes. “They were living their lives on several levels at once; superstardom was a wild, strange country that one could never be adequately prepared for.”

Their paths would take different turns. But his loyalty to her, and her affection for him, rarely wavered.

Initially, their connection was purely professional. Monroe’s studio wanted to team them in “Pink Tights,” a remake of a Betty Grable musical. Monroe liked Sinatra but not the script. She also didn’t like finding out he was getting paid more than three times as much.

She turned it down. When the studio threatened legal action, Monroe flew to San Francisco, and married her boyfriend Joe DiMaggio.

That ended “Pink Tights.” It also ended Sinatra’s hope of quickly adding her to his list of conquests. DiMaggio wasn’t just a paisan; he was incredibly jealous. Sinatra saw no reason to anger him – or jeopardize his desperate hopes of repairing his splintering marriage with Ava Gardner.

DiMaggio and Monroe were wed for only nine months when Monroe had to go on location to shoot a big scene in “The Seven Year Itch.” A crowd formed to catch a glimpse of the sex symbol standing on a subway grate, her white dress billowing around her legs. No one watched with more attention than DiMaggio.

“Joe began to tremble,” a friend of the couple’s recounted. “He said to me, ‘I can’t take it anymore… Tell her I’m going back to the hotel, I can’t watch another minute.’” He left in a quiet rage. When Monroe finally rejoined him at the hotel, he exploded in violence. It wasn’t the first time he would slap his wife around. Or the last.

Monroe started to look for consolation elsewhere. DiMaggio put a private detective on her trail. The ballplayer was having dinner with Sinatra when he got the word: His wife was in a nearby apartment with her new lover. For DiMaggio, there was only one response: Go over there, break down the door, and confront them. There was just one question that mattered.

“You coming, Frank?” the slugger asked the singer.

Reluctantly, Sinatra did. So did Sinatra’s manager, and the maître d’. Joined by DiMaggio’s private eye, they burst into an apartment, positive they caught Monroe in the act. Instead, they shocked a terrified middle-aged woman, her hair in curlers. They broke into the wrong apartment.

While the men shouted at each other in confusion, Monroe and her boyfriend heard the commotion and snuck out a back way.

It seemed to mark a turning point. In 1954, Monroe filed divorce papers. Gardner already had. The two stars were free.

“After all they’d been through, the time had finally come for Frank and Marilyn to get together,” Epstein writes. “Here was a golden opportunity for them to commiserate, to find comfort in one another. ”

They met in borrowed apartments and remote lodges, and carefully avoided publicity, refused to give in to any drama.

“They weren’t trying to be Romeo and Juliet,” Epstein explains. “They liked each other and at this moment, Marilyn was a perfect match for him. And vice versa. They filled each other’s needs and over the next few years, would continue to.”

But their needs were never in sync, and Monroe’s neediness began to take a toll. Sinatra thought of himself as an old-school gentleman. But he was also an old-fashioned sexist. Few things disgusted him more than seeing a woman drunk in public. And Monroe was getting drunk a lot.

Her delusions of who would be the next husband included the president. After bedding JFK, Monroe wondered if he might leave Jackie and install her as his second first lady.

Sinatra, who became friends with Kennedy during the 1960 campaign, was the person who brought Monroe into JFK’s orbit. Sinatra later regretted it, especially after he was cut out of Camelot because of his ties to the mob. He realized the family would discard Monroe even more quickly. For a man like Sinatra, such disloyalty was unforgivable.

It’s tempting to wonder how Monroe’s life might have changed had she shared more with Sinatra than years of secret rendezvous.

“They understood each other’s loneliness,” Epstein writes. “They were comfortable with each other, able to discuss their uncertainties without fear of exposure.”

“Frank really loved her,” Sinatra pal Jilly Rizzo later concluded. “As much as he could love at that time, anyway.”