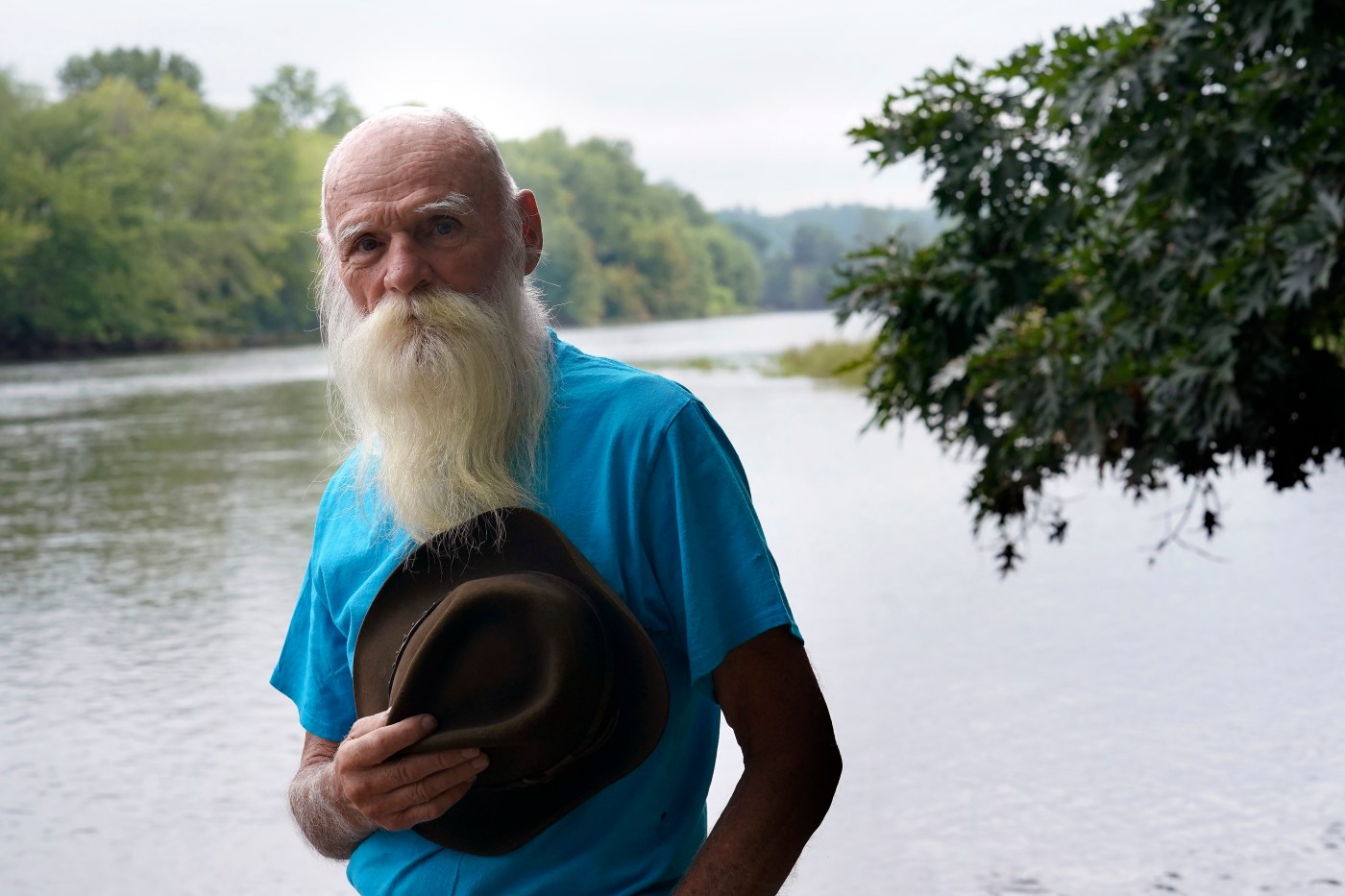 A hermit known as River Dave — whose cabin in the New Hampshire woods burned down after he had spent nearly three decades on the property and was ordered to leave — has found a new home in Maine.

David Lidstone, 82, has put in windows and is working on installing a chimney on his rustic three-room cabin, which he said is on land he bought.

“The foundation needs repair work,” Lidstone, who received more than $200,000 in donations following the fire, said in a phone interview on Monday. “It’s just an old camp, but I enjoy working (on it).”

Lidstone, who grew up in Maine, declined to say where he was living or provide a contact for the landowner. A search of Maine county registers of deeds did not show any recent transactions involving Lidstone, but a cousin confirmed that he had moved to Maine, and a Facebook post had photos of Lidstone with a family member in his new home.

“He’s working on putting it together, and clearing land, and planting gardens, and he’s got some chickens. He’s moving on,” said Horace Clark, of Vermont, Lidstone’s cousin.

Lidstone said he had to leave Canterbury, N.H., over his dispute with a different landowner since 2016 over a patch of forest near the Merrimack River that Lidstone called home for 27 years. A judge issued an injunction in 2017 for him to leave after the landowner, Leonard Giles, sued him, and another judge recently ruled Lidstone would receive a $500-a-day fine if he didn’t move.

There have been many delays in the case. Besides the pandemic, Lidstone didn’t always show up for court, and he was in and out of jail as he resisted the injunction.

It also was difficult to serve Lidstone with a notice to appear in court. There’s no road access to the property, which is about a mile and a half into the woods. In January, one process server slipped, fell down an embankment and injured his leg in his attempt to reach Lidstone, according to a motion filed by Giles’ attorney.

In March, a judge said Lidstone would face the daily fine if he didn’t leave the area by April 11. The judge ruled Lidstone also has to pay some of Giles’ legal fees. Separately, Lidstone faces trespassing charges in connection with the property.

Giles, 87, of South Burlington, Vt., died in July. It wasn’t immediately clear if his death changes the status of the case. His attorney didn’t respond to a request for comment.

Lidstone said he was sad to hear that Giles died. “I had nothing against the old man,” he said.

But he seems to be embracing his new life.

“I’ve got all kinds of friends up here,” he said. “I’ve had friends every weekend, all summer.”