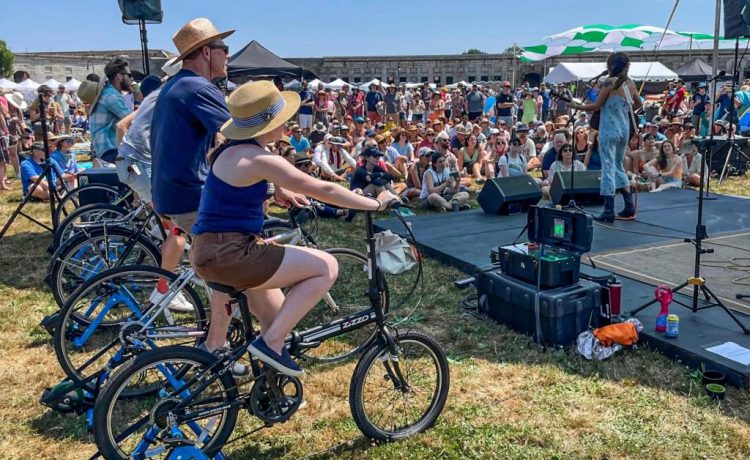 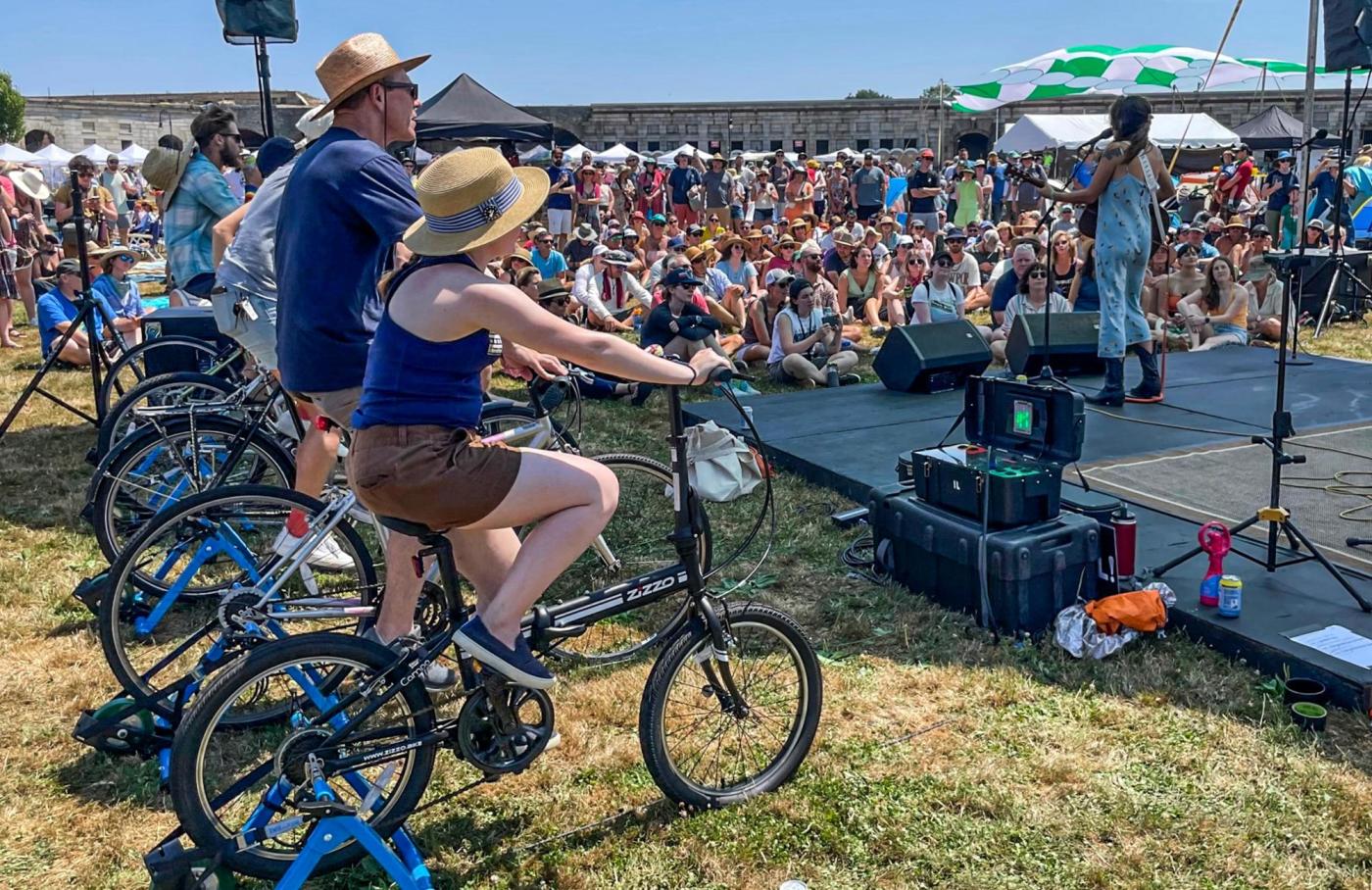 NEWPORT, R.I. (AP) — The Newport Folk Festival, known for creating electrifying musical moments — the most famous being Bob Dylan’s decision to plug in his guitar in 1965 — this weekend has a small outer stage that is being powered in part by festival-goers on stationary bicycles.

The Bike Stage is the brainchild of the band Illiterate Light, an environmentally conscious indie rock duo from Virginia, who has partnered with a company called Rock the Bike to create a pedal-powered sound system, which they have already been using at small club shows.

Frontman Jeff Gorman said the “Bike Stage” at the event in Rhode Island is the first time the system has been tried at a festival. About a dozen artists are scheduled to perform mostly acoustic sets on the stage.

About 1,300 of the festival’s 10,000 fans rode bicycles to Newport on Friday. Gorman said when he saw that sea of bikes during the band’s appearance in Newport in 2019, he and partner Jake Cochran approached festival director Jay Sweet about setting up the stage.

“It’s a way for them to just do something different and for us to start the conversation around energy use and just thinking differently and trying out new ways of creating electricity,” Gorman said.

The stage is equipped with solar panels that will provide most of the power to the equipment, with the bikes providing the rest.

When the show begins, fans jump onto five bicycles adjacent to the tent. The pedaling generates electricity, which is fed through through wires to an electrical box on the stage. With temperatures in the upper 80s, fans take turns pedaling for about five minutes during the 20-minute sets. In exchange, they get a few spritzes of water from a spray bottle, a free can of iced tea and a front-row view of the performance.

Sarah Gaines, 44 of Wakefield, Rhode Island, pedaled for one song during a Friday set by singer Madi Diaz and came off the bicycle with a huge smile on her face.

“I love riding bikes, we rode our bikes here today,” she said. “I also feel like it’s time for us to be more proactive and come up with some (energy) solutions that aren’t reliant on traditional energy sources, so I was really excited they were doing this.”

Gorman said Illiterate Light was among the first of a group of bands that have been trying to find ways to make their shows more environmentally friendly. Coldplay, for example, harnesses energy from a kinetic dance floor at their shows and also uses stationary bikes to store some power.

“We don’t want people to spend their fun weekend having to sweat their butt off,” Gorman said. “But we do think its fun to be able to jump up for five minutes and have that bodily experience of making this music happen.”