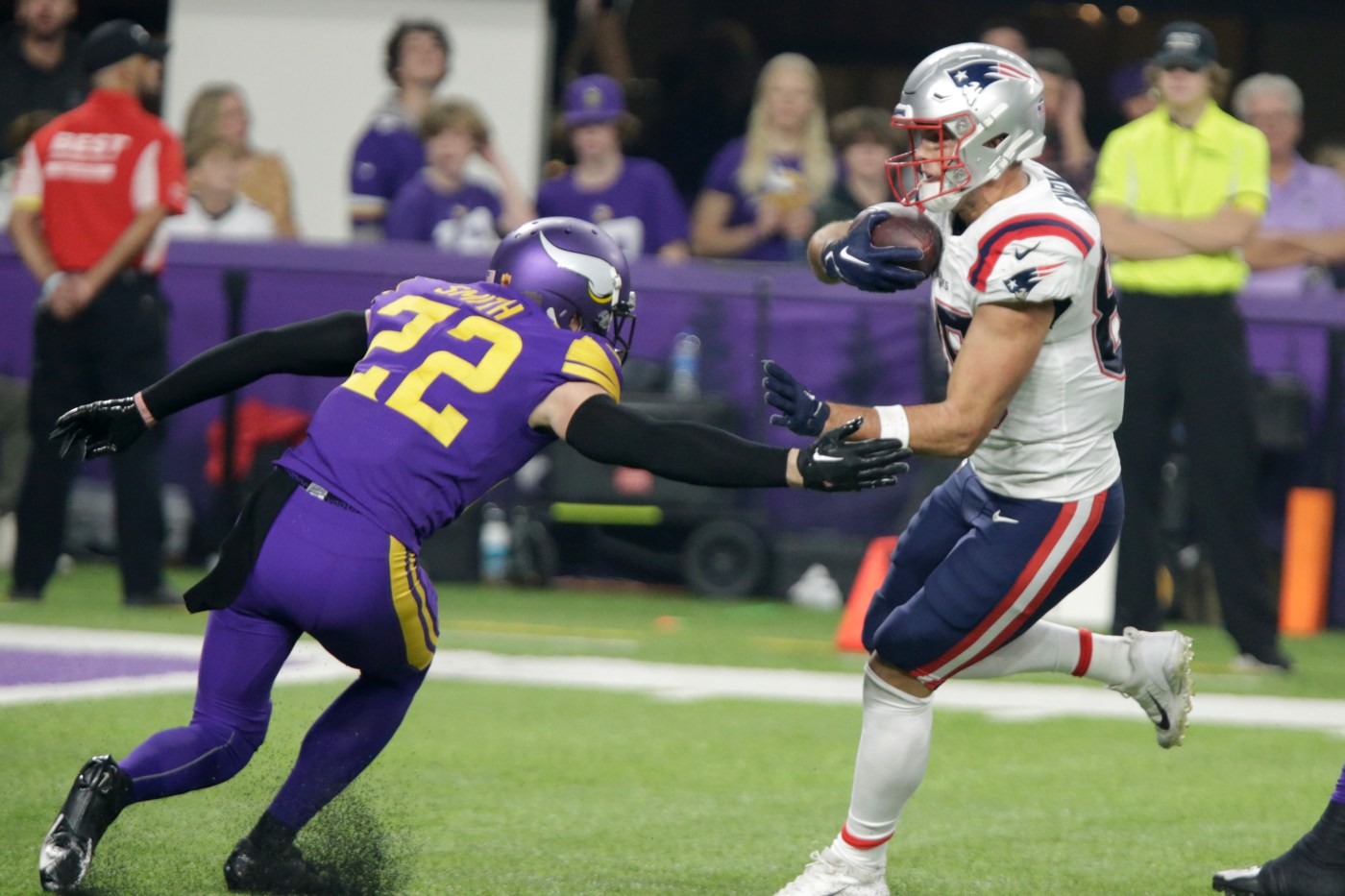 In an interview with Patriots pool reporter Mike Reiss, Anderson claimed that Henry lost control of the ball while it was in his hands.

A full transcript of their exchange is below.

Anderson: “He was going to the ground, the ball ended up touching the ground and then he lost control of the ball in his hands.”

Question: Can you explain why he wasn’t granted possession before the ball hit the ground?

Question: He has two hands on it. How much is that factored into this decision, that he had two hands on the ball?

Question: Is there anything else that I didn’t ask that is important to add to this discussion?

Anderson: “No, we’ve pretty much covered all the elements of the catch that are required to make it complete.”

Asked about the play post-game, Henry told reporters: “I don’t know. They called what they called. I believe I caught it, but, I mean, they made a call, and (I) just have to live with it.”