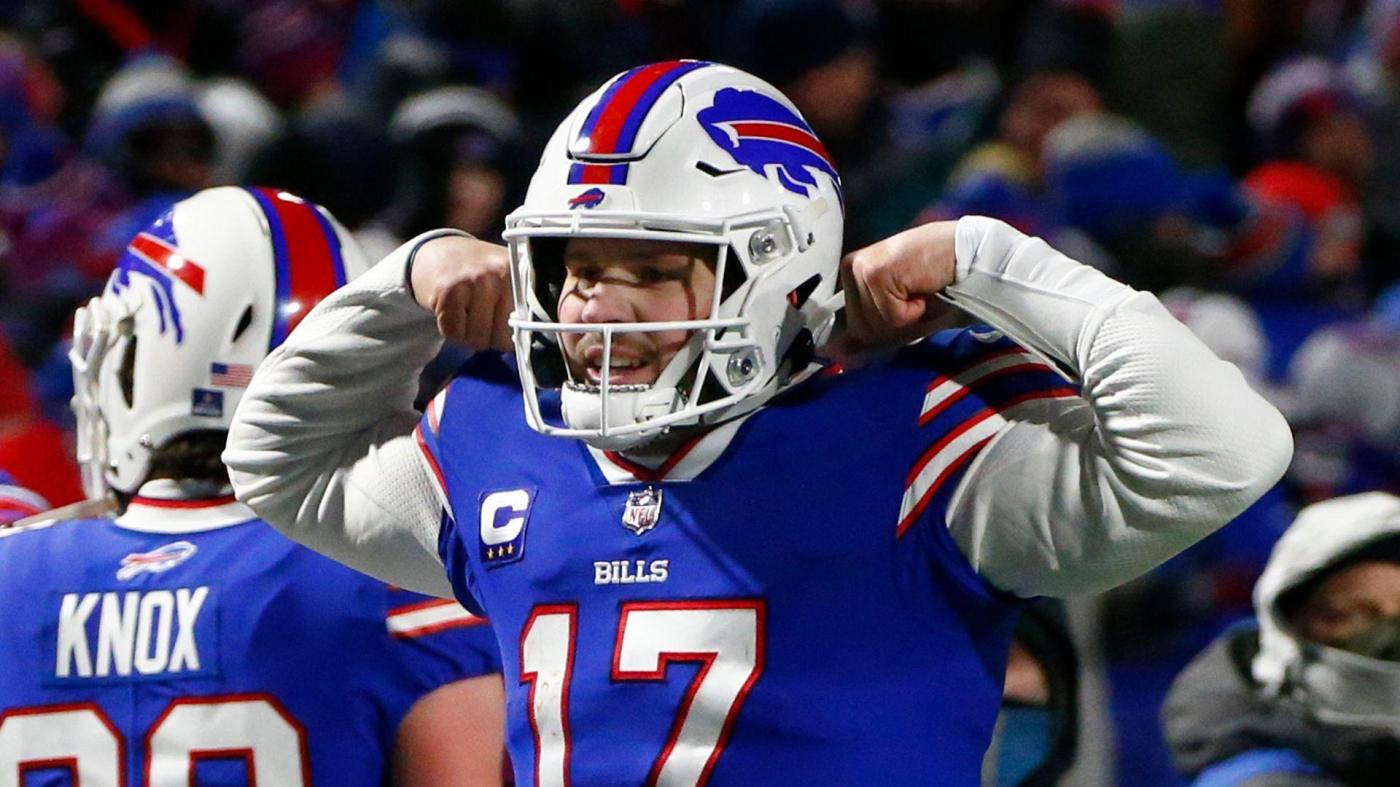 The regular season kicks off Thursday night, with the defending Super Bowl champion Rams taking on the Bills.

The AFC is loaded with contending teams. The weekly fireworks generated from the AFC West teams alone will keep the interest ratcheted up.

Closer to home, will the Patriots be able to return to the playoffs and improve on last season? Will Mac Jones make a Year 2 leap without Josh McDaniels?

As for the NFC, there’s plenty of intrigue in that conference, too, especially with a 45-year-old Tom Brady still throwing touchdown passes.

So who rules the roost with Week 1 on tap?

1. Bills: They have the quarterback. They have the talent on the roster. It’s now or never for the Bills. Super Bowl or bust, baby.

2. Bucs: There’s turmoil in and around Tom Brady. Or, to quote the man himself, “there’s a lot of bleep going on.” Forty-five or not, isn’t that usually when he’s at his best?

3. Rams: They lost some key players from their championship team, but still have plenty of talent leftover. As long as Matthew Stafford’s arm doesn’t fall off, they’ll be fine.

4. Chiefs: Is it possible their offense will be better without Tyreek Hill? On the surface, that’s hard to believe, but it’ll be interesting to watch three new guys (Marquez Valdes-Scantling, Juju Smith-Schuster and Skyy Moore) try and pick up the slack.

5. Bengals: Sure, there’s a Super Bowl hangover to consider. But the Bengals will still be among the AFC’s elite. Joe Burrow and the offense are too good, especially with an improved offensive line.

6. Packers: Their defense is better. Can’t say the same about an offense that lost Davante Adams.

7. Chargers: They fixed all of their problem areas on both sides of the ball. The Bolts are poised to live up to the hype.

8. Ravens: Hard to believe they won’t rebound after missing the playoffs for the first time in the Lamar Jackson era.

9. Broncos: Remember what happened the last time they had a legitimate quarterback? It’s hard not to draw a parallel between landing Peyton Manning in 2012, and now Russell Wilson a decade later.

10. Eagles: They’ve reached contender status almost in the blink of an eye. It remains to be seen if Jalen Hurts can deliver.

11. Raiders: To set himself up for success, Josh McDaniels joined a team with a hands-off owner who is willing to provide him whatever he needs. The only drawback is having to face the Chiefs, Chargers and Broncos two times each. The AFC West is a killer.

12. Cowboys: Dak Prescott will keep them afloat. But losses on both sides of the ball take them out of the top perch in the NFC East.

13. Colts: For Matt Ryan, landing in Indy with Frank Reich certainly beats what’s going on with his former team in Atlanta. Now we’ll see if Ryan can get the Colts back into the postseason.

14. 49ers: What’s the over/under on how many games before Jimmy Garoppolo takes over for Trey Lance at quarterback?

16. Cardinals: Guess we’ll see what Kyler Murray can do when he actually studies the playbook.

17. Saints: Can a Dennis Allen-Jameis Winston coach/quarterback combo possibly be anywhere as good as Sean Payton-Drew Brees? Doubt it.

18. Patriots: Usually, there’s a method behind Bill Belichick’s madness. It’s just hard to fathom what that might be with Matt Patricia and Joe Judge now leading Mac Jones.

19. Dolphins: Will their super-charged offense live up to all the hype with Tyreek Hill added to the mix? That depends on Tua Tagovailoa.

20. Steelers: It’s odd saying the Men of Steel have improved at quarterback without Ben Roethlisberger, but Mitchell Trubisky and Kenny Pickett are both upgrades over last season’s aging version of Big Ben.

21. Vikings: They have a new general manager. And a new head coach. Will those changes be enough to get the Vikings over the hump? Can Kevin O’Connell get more out of Kirk Cousins?

22. Giants: All eyes in New York are on quarterback whisperer Brian Daboll to see if he can salvage Daniel Jones. Not to mention the rest of the G-Men’s roster.

23. Browns: Kevin Stefanski has his work cut out for him, dealing with all the Deshaun Watson turmoil, and having to rely on Jacoby Brissett through the first 10 games, and perhaps more.

24. Commanders: Is Carson Wentz, a quarterback Frank Reich bailed on after just a year, really an upgrade over Taylor Heinicke?

25. Panthers: How many more wins does Baker Mayfield give them? Certainly more than the five they had last year. But not much more.

27. Jets: They’ve built a nice team around Zach Wilson. It remains to be seen if Wilson can do something with it.

28. Lions: The arrow is pointing up for the Hard Knocks darlings, who might actually have a little something behind their roar this season.

29. Bears: Justin Fields still has no pass protection. And his receiving corps is ranked among the worst in the league. Tough situation to make a Year 2 leap.

30. Seahawks: Russell Wilson was replaced by Drew Lock. Or is it Geno Smith? No matter. Teams with bad quarterbacks don’t win.

31. Texans: Davis Mills is the main man under center. But is he really the quarterback of the future?

32. Falcons: They should be thankful they lost the DeShaun Watson bidding war. But they’re clearly in rebuild, reboot, start over mode with Marcus Mariota now the stopgap at quarterback.