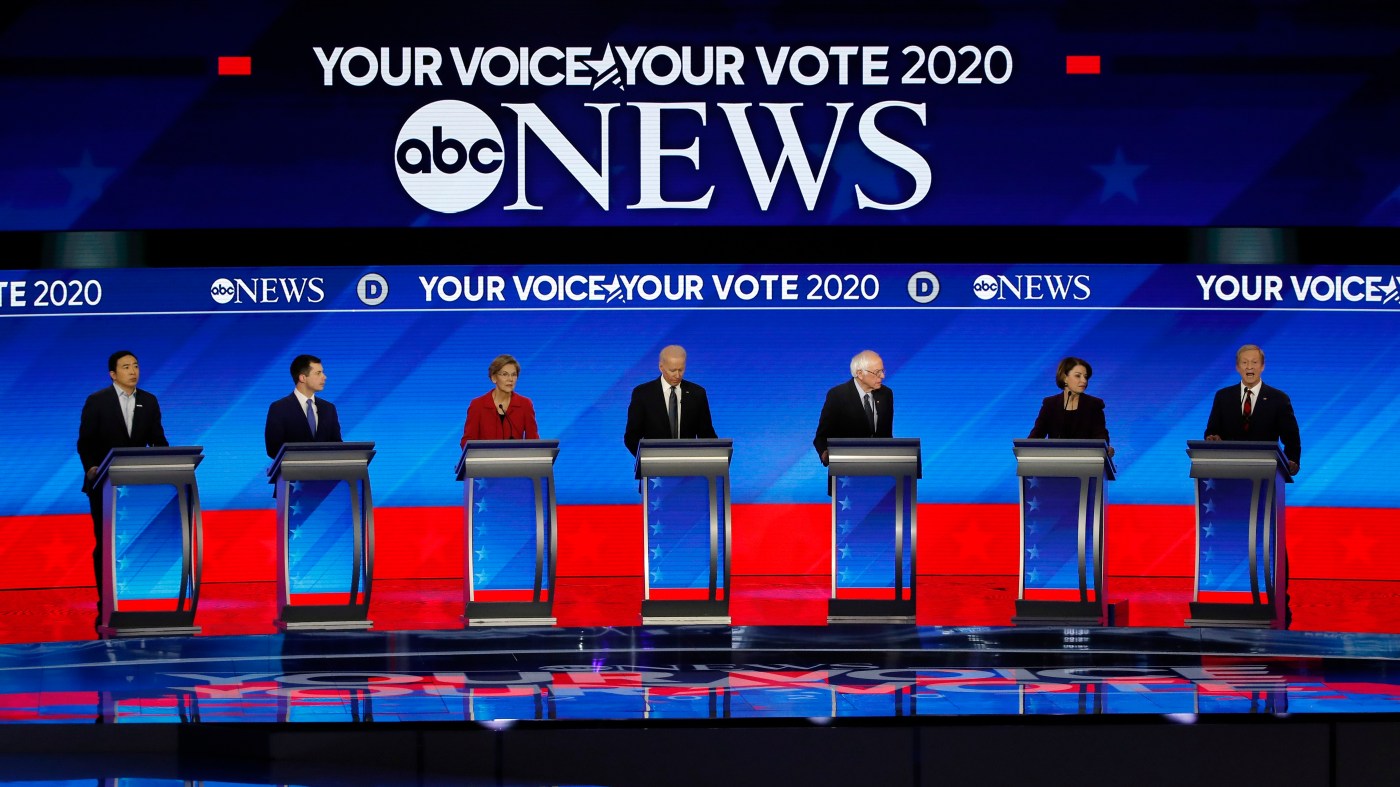 In voting to exclude Iowa’s early caucuses and sandwich New Hampshire’s primary between those of South Carolina and Nevada, a key Democratic panel finally recognized the need for early tests that represent the party’s diversity.

At the same time, however, its plan risks losing something that may be equally important in choosing a president: a place where both little-known hopefuls and well-known officeholders have to make their case to — and answer questions from — small, interested groups of voters.

For more than a half-century, Iowa and New Hampshire have played that role, launching the candidacies of long-shot future presidents like Jimmy Carter and Barack Obama, choosing between Carter and Sen. Ted Kennedy and showing the vulnerabilities of pre-primary favorites like Hillary Clinton.
The prospective change partially reflects the fact that President Joe Biden, badly defeated in both Iowa and New Hampshire, revived his 2020 candidacy in South Carolina before sweeping the nation’s more populous states en route to the White House.

But it’s also a response to the way Iowa Democrats botched their 2020 caucuses by making the process and the counting so complex it’s still not clear who won.

New Hampshire, however, is a different story. Though its 92% white population is clearly unrepresentative of the country – and the party – the large number of independents, the high interest level and its record for clean elections and swift counts make its primary an invaluable part of the nominating calendar.

Fortunately, New Hampshire politicians in both parties seem determined to enforce the state’s 1975 law that requires its primary to take place at least one week before any other. Its secretary of state, who sets the primary date, will almost certainly respect that requirement, even with the Democrats threatening loss of delegates and other sanctions.

Unfortunately, the national party is not only vowing to take away its delegates unless it scraps that 1975 law, but also to ban participating candidates from debates and refuse to recognize any pre-March 5 primary results. There would be no surer way to drive the closely contested Granite State into Republican hands.

But New Hampshire is unlikely to fold, and candidates are unlikely to stay away. Television networks control the primary debates, not the party.
Besides, the New Hampshire primary is not about winning delegates, it’s about gaining momentum by making the kind of showing that builds support in the bigger, delegate-rich states to come.

As foolish as it seems to snub New Hampshire, this plan might work if Biden runs uncontested in 2024. But in any contested Democratic race, prospective candidates like Pete Buttigieg and Amy Klobuchar are unlikely to forgo an opportunity to match or surpass their strong 2020 showings there.

New Hampshire has held a presidential primary to pick delegates since 1916, but it only became significant after the legislature voted in 1948 to put presidential candidates on the ballot too.

And in 1972, another antiwar candidate, South Dakota Sen. George McGovern, made a strong but losing showing against favored Maine Sen. Edmund Muskie. The outcome illustrated Muskie’s vulnerability and foreshadowed McGovern’s successful drive for the Democratic nomination.

Since then, New Hampshire Democratic primaries have had a mixed record. Jimmy Carter won in both 1976 and 1980, but subsequent Democratic winners Gary Hart, Paul Tsongas and Bernie Sanders lost their party’s nomination. Republican primary winners have been more successful, except for Arizona Sen. John McCain’s 2000 victory over George W. Bush.

Iowa entered the picture after the Democratic Party reformed its nominating rules in 1970. Both Iowa parties had long held caucuses to pick delegates. But when the new rules forced them to move up the starting date of their process, they wound up as the earliest event; McGovern’s strong 1972 showing and Carter’s 1976 victory put them on the map.

But though Iowa launched both Carter and Obama to the presidency, other Democratic winners like former Vice Presidents Walter Mondale and Al Gore, Massachusetts Sen. John Kerry and Missouri Rep. Dick Gephardt fell short of the White House, though all but the latter were nominated.
The GOP has already decided to keep both the Iowa caucuses and the New Hampshire primary. Republicans want to benefit from their growing strength in Iowa, just as recent Democratic defeats weakened their state party’s effort to stay first.

Of the five states Democrats tabbed for early voting, South Carolina, Nevada and Michigan seem likely to keep the dates the party panel assigned them. The Republicans running Georgia’s secretary of state office say they won’t let Democrats hold a primary several weeks before the GOP does.
New Hampshire’s primary date remains in doubt. Fortunately, the chances are good that, when the maneuvering ends and the law is applied, it will once again be the first place Democrats vote.