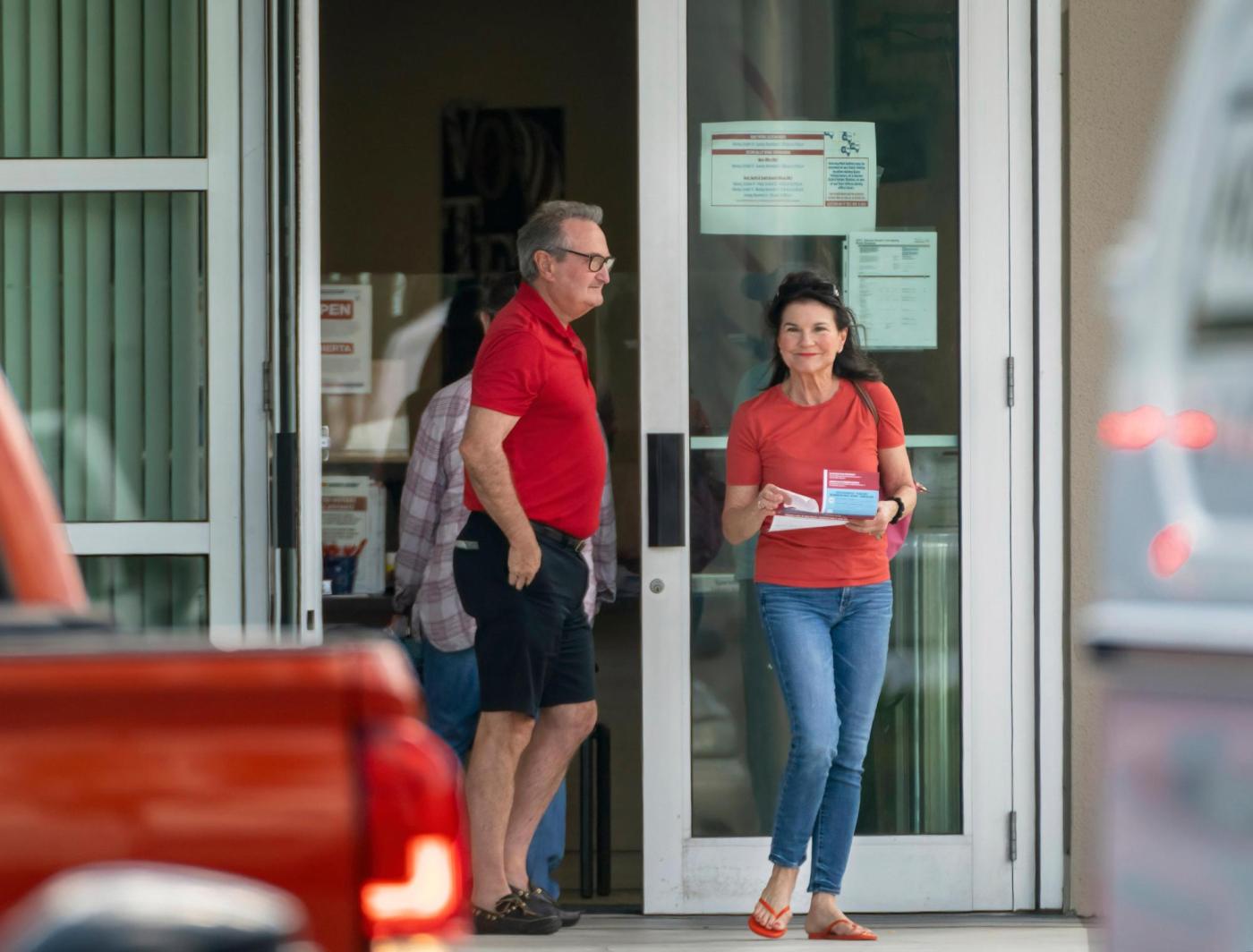 By FREIDA FRISARO AND JULIE WALKER

MIAMI (AP) — Nicole strengthened to a tropical storm Tuesday as it churned toward the northwestern Bahamas and Florida’s Atlantic coastline, forecasters said.

A range of warnings and watches remain in place. Many areas are still reeling from damage caused by Hurricane Ian, which hit Florida’s southwestern Gulf Coast as a Category 4 storm in late September, before dumping heavy amounts of rain across much of central part of the state. Forecasters said heavy rain could fall on areas still recovering from Ian’s flooding.

Hurricane warnings were in effect for the Abacos, Berry Islands, Bimini and Grand Bahama Island, the Miami-based National Hurricane Center said in an advisory. Other areas of the Bahamas, including Andros Island, New Province and Eleuthera remained under a tropical storm warning.

Eliane Hall, who works at a hotel in Great Abaco island, said there were long lines at gas stations and grocery stores as people prepared for the storm’s arrival.

“We just boarded it up,” she said of the hotel, adding that the impact of Hurricane Dorian, a Category 5 storm that struck in 2019, was still fresh in many people’s minds. “We’re still affected.”

Authorities said they were especially concerned about those now living in about 100 motorhomes in Grand Bahama after Dorian destroyed their homes, and about the migrant community in Great Abaco’s March Harbor that Russell said has grown from 50 acres (20 hectares) to 200 acres (81 hectares) since Dorian. The previous community of Haitian migrants was among the hardest hit by the 2019 storm given the large number of flimsy structures in which many lived.

The hurricane center said the storm’s track shifted slightly north overnight, but the exact path remains uncertain as it approaches Florida, where it is expected to make landfall as a Category 1 hurricane late Wednesday or early Thursday.

On Tuesday morning, hurricane warnings were issued for a large portion of Florida’s Atlantic Coast, from Boca Raton to north of Daytona Beach. Tropical storm warnings are in place for other parts of the Florida coast, all the way to Altamaha Sound, Georgia. The warning area also stretches inland, covering Florida’s Lake Okeechobee, with tropical storm watches in effect on the state’s Gulf Coast — from Bonita Beach in southwest Florida to the Ochlockonee River in the Panhandle.

Bevin said the storm has a “very large cyclonic envelope,” meaning that even if it makes landfall along the central Florida coastline, the effects will be felt as far north as Georgia.

However, the storm was not expected to have any impact on voting in Florida on Tuesday, Bevin said.

Officials in the Bahamas opened more than two dozen shelters across the archipelago on Tuesday as they closed schools and government offices in Abaco, Bimini, the Berry Islands and Grand Bahama.

Authorities warned that airports and seaports will close as the storm nears and not reopen until Thursday, and they urged people in shantytowns to seek secure shelter.

Communities in Abaco are expected to receive a direct hit from Nicole as they still struggle to recover from Dorian.

“We don’t have time to beg and plead for persons to move,” said Capt. Stephen Russell, emergency management authority director.

Some counties in Florida were offering sandbags to residents. In Indian River County, which is north of West Palm Beach, shelters were set to open at 7 a.m. Wednesday, though no mandatory evacuation orders had been issued by late morning Tuesday, said spokesman Mason Kozac. Officials also canceled public school classes for Wednesday and Thursday.

Any evacuations would be strictly voluntary, with residents “having a conversation with themselves about whether they need to leave or not,” Kozac said.

Tropical storm-force winds extend outward up to 380 miles (610 kilometers) from the center of the storm, the National Hurricane Center’s advisory said.

The Atlantic hurricane season runs from June 1 through Nov. 30. The last storm to hit Florida in November was Tropical Storm Eta, which made landfall in Cedar Key, on the state’s Gulf Coast, on Nov. 12, 2020.

Since record keeping began in 1853, Florida has had only two hurricanes make landfall in November, said Maria Torres, a spokesperson for the Hurricane Center. The first was the Yankee Hurricane in 1935, and the second was Hurricane Kate, which struck Florida’s Panhandle as a Category 2 storm in 1985.