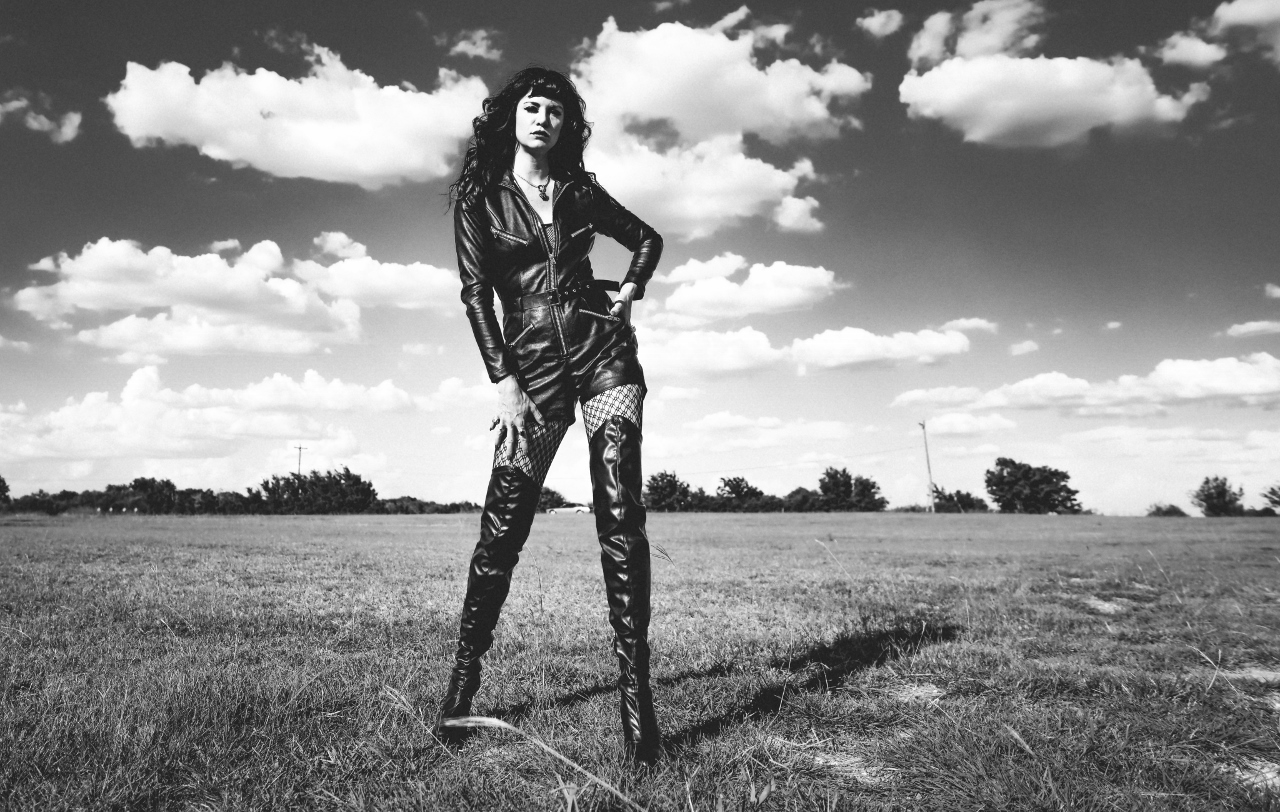 Nikki Lane had to write a song called “Denim & Diamonds.” Lane was too deep into the phrase not to.

“I bought the LLC while stoned,” the singer-songwriter told the Herald of the phrase “Denim & Diamonds.”

Before the words became the title track to her new album, they were the name of a chain of honky tonk night clubs. Lane’s dad used to party at the one in Nashville.

“First, it was just a cool name that I decided had to be the title to the record,” Lane said ahead of her Sunday gig at Brighton Music Hall. “Then I knew I had to actually write that song.”

The song serves as a twang-filled, half-indie-rock, half-outlaw-country mission statement to Lane’s flat-out-awesome fourth album. The track boogies, bops and grinds. The lyrics include the anthemic cry of “I’m going my way’/Livin’ and dyin’/And I can buy my own damn denim and diamonds.”

“I’m really obsessed with living,” she said as she drove out of her adopted hometown of Nashville toward an Ashville gig five hours away. “I’m just constantly trying to experience things to write about. A lot of people spend time writing, they write daily, and they end up with hits. There’s no problem with that. But I’m mostly trying to live and experience then by default have little ideas pop into my head as a title or chorus until I’m ready to record.”

This strategy (or anti-strategy) served Lane well on the “Denim & Diamonds” LP. Written during the pandemic, when she couldn’t much live her life, the album looks back. She writes about scamming tanks of unleaded and Cokes at a gas station where they knew her dad (“First Time”). She writes about how her single mom’s devotion prepared her for her divorce (“Born Tough”). She writes about her grandparents’ six-decade relationship (“Good Enough”).

“As a songwriter, I have always kind of hit the nail on the head with my present,” the South Carolina native said. “Inadvertently, I wrote this record about the past.”

Lane is both a pop songwriter and a songwriter’s songwriter – craft and hooks, wit and honesty. That is evident all over album four. But she writes her own way.

“My mind runs fast, my mind likes to rhyme, and it turns out if you have a sensibility and like to rhyme you can write too long of a poem,” she said with a laugh. “But I only like three minute songs so I just rein it back in,”

After the show in Asheville, Lane’s recently retired mom will join her on tour – look for her in the crowd at Brighton Music Hall! On the road to support an album that spends a lot of time exploring how to learn from the past or toss aside old ghosts, Lane has an ideal tour companion in her mom. After all, her mom inspired the third verse in “Denim & Diamonds.”

While writing the title track, Lane was collaborating with songwriter Gabe Simon and the two hit on a quote from Cher they used in the song: “Mom, I am a rich man.”

“Cher’s mom had encouraged her to marry a rich man and Cher defiantly assured her she held that role herself,” Lane said. “My mom always sought security for us, so [Cher’s] sentiment seemed perfect for establishing the fact that you create your own security for yourself.”

Or in other words: “I’m going my way’/Livin’ and dyin’/And I can buy my own damn denim and diamonds.”

For tickets and details, visit nikkilane.com