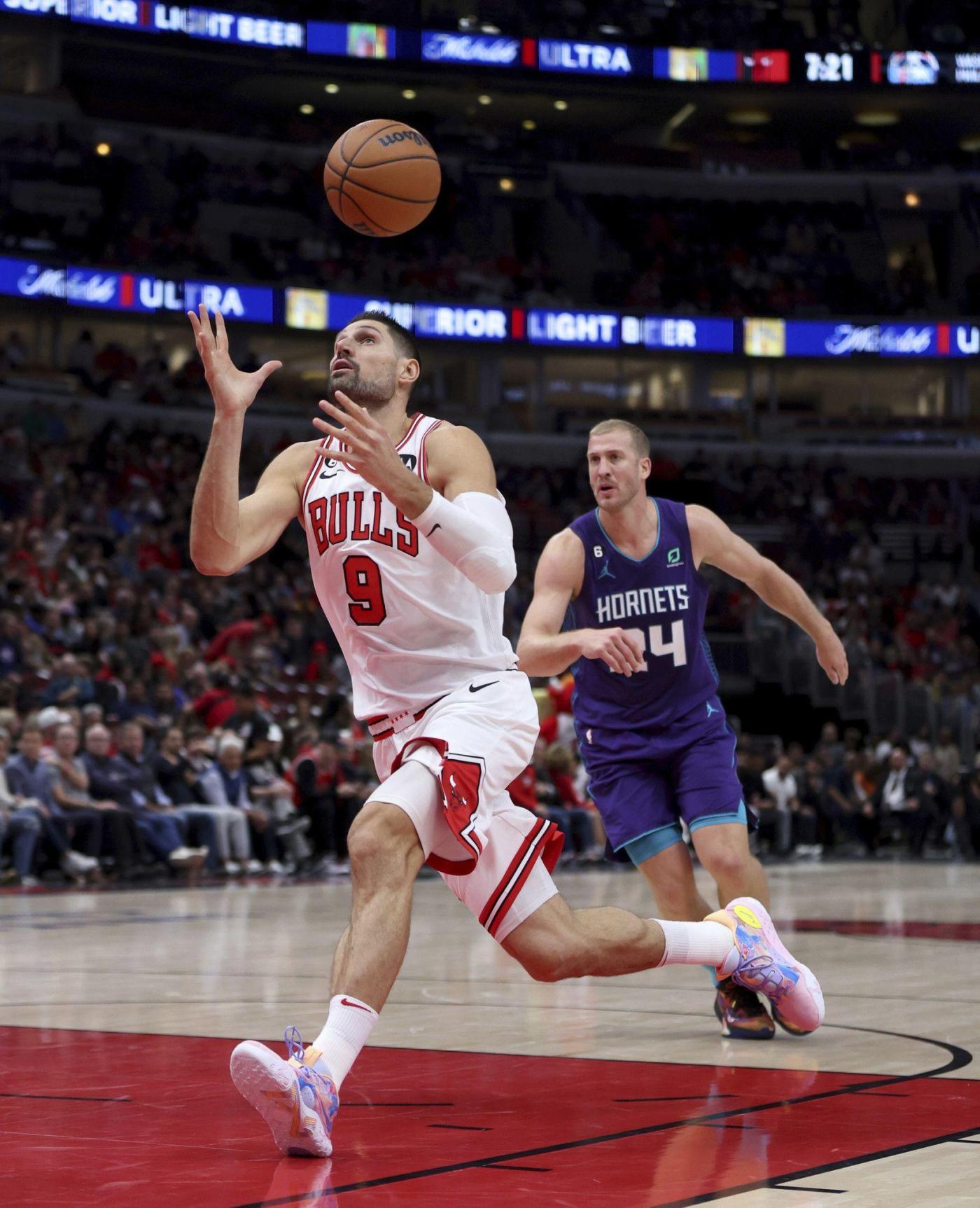 After 19 months in Chicago, Nikola Vučević is finding consistency with the Bulls.

Growing pains were expected for the two-time All-Star center when he arrived in a March 2021 trade, shifting from a primary scoring role for the Orlando Magic to a facilitating job meant to complement Zach LaVine and later DeMar DeRozan. But Vučević has taken longer than expected to warm to his new position.

His frustration was visible throughout his first year and a half in Chicago, expressing agitation on the court when his shots didn’t fall from behind the 3-point arc or in the paint. But in the opening weeks of this season, Vučević seems to be shrugging away his off nights with more comfort as he provides steady production for the Bulls.

“The good thing about the NBA is you play every other night,” Vučević said. “I’ve been doing this for a very long time. I know how good I am. I’m a two-time All-Star, so I didn’t get to where I am by chance. I know the work I put in, I know the time I put in.”

Vučević is scoring slightly less than last season — 15.8 points per game entering Wednesday night’s 106-88 victory against the Charlotte Hornets, down nearly two points from his 17.6 average last season — but he has made a clear jump on the boards.

He was averaging 12.3 rebounds entering Wednesday, third in the league behind Rudy Gobert and Giannis Antetokounmpo and up from 11 per game last season. He stayed on pace against the Hornets, finishing with 13 rebounds to go with 14 points and three assists.

“I’ve always been a good rebounder,” Vučević said. “It’s something I take pride in being a big man. I’m just trying to stay aggressive. It’s something that we had issues with last year, the rebounding part, so I want to make sure I do my part on that end.”

The Bulls desperately needed to improve on the boards after finishing last season 28th in the league in total rebounds per game (42.3) and 29th in offensive rebounds (8.7).

Even with the addition of Andre Drummond, the Bulls are rarely the larger team on the court. But they’ve clearly improved early in the season — especially on the offensive glass, where they ranked 15th entering Wednesday (11.3 per game).

“It’s something we talked about a lot, it’s something that hurt us a lot last year,” Vučević said. “We know we don’t necessarily have a size advantage against most teams. We’re putting a big emphasis on it. A lot of the rebounding part is just effort.”

For Vučević, maintaining his mentality will be a key to improving consistency throughout this season. His streaky nature kept him from being as large of a factor as he hoped to be last season.

Although Vučević’s statistical production will always be lower in Chicago than it was in Orlando, he feels he finally has established himself in a reliable role.

“You’re going to have good games, bad games, great games,” Vučević said. “I’ve been doing this for 12 years now. I’ve had a lot of very good games and some very bad games as well. It’s just part of it. It’s all about bouncing back.”