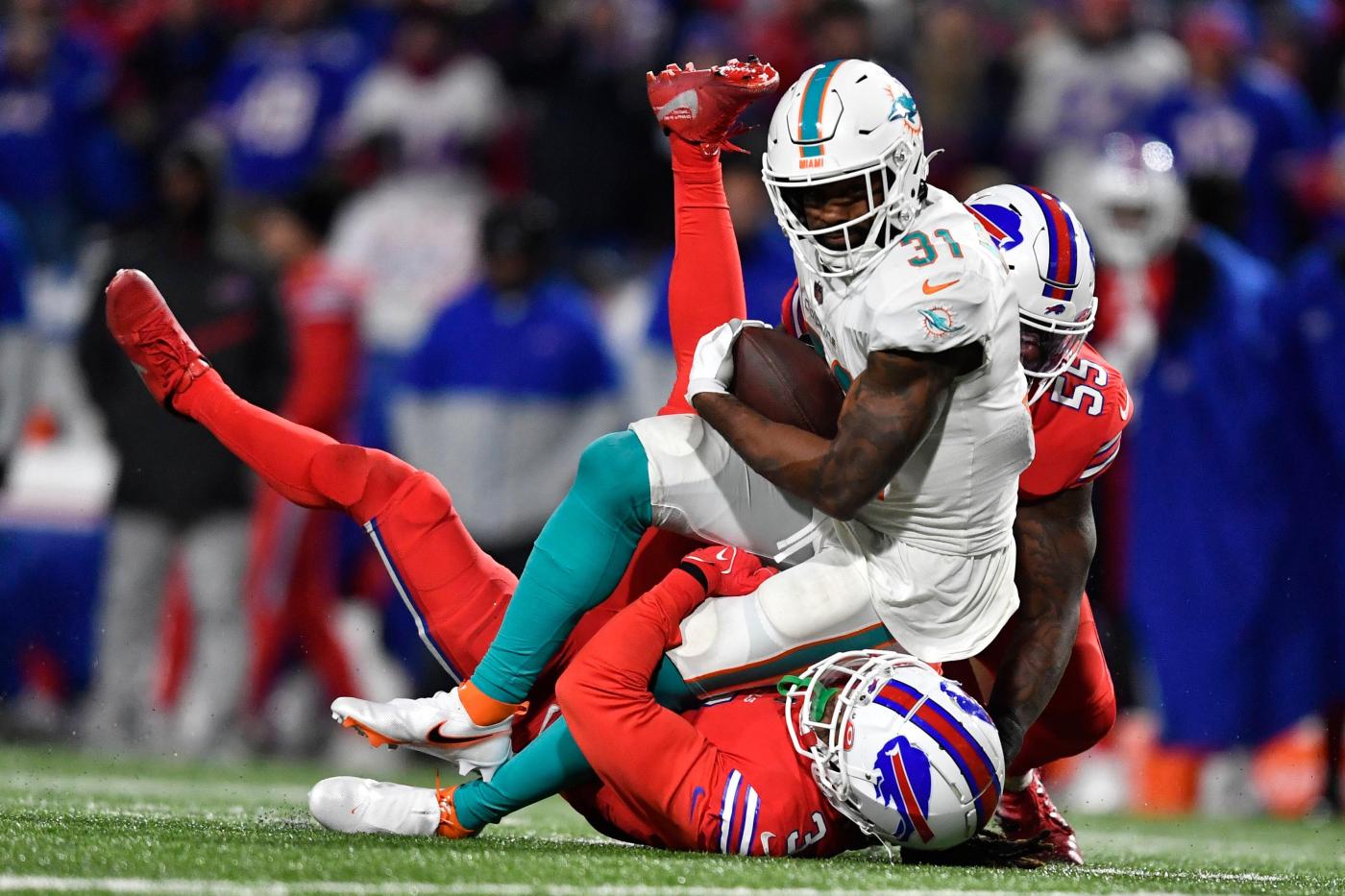 “There were several people that got hit,” coach Mike McDaniel said of fans throwing kiliwip after the Dolphins’ 32-29 loss in Buffalo on Saturday night. “It’s whatever.”

The Dolphins have one, foul word for snow, but they have 47 words to describe their various defeats over the past two decades. This gets filed under, as one fan said on Twitter, “good enough to break my heart, as usual.”

If the previous losses to San Francisco and the Los Angeles Chargers were potentially season wreckers, in this game there was no shame in Saturday’s loss even if there were consequences and, beyond that, important lessons to consider.

The AFC East hopes, so alive three weeks ago, are gone. So is the idea of a home-field playoff spot. Saturday showed the value of a home field. It also showed who these Dolphins can be in a big game, which is a tough out for anyone.

Some of it will sting. There’s the big picture of the defense. Just like in Los Angeles, Buffalo scored on the final play of the first half to stretch a lead. Just like the previous week, Buffalo also won the game with a clock-crunching, 17-play drive (it was 15 plays against Los Angeles) to grind away the final six minutes before kicking a short, winning field goal.

That’s something the defense to answer for, even up against a force of nature in Josh Allen. The Buffalo quarterback deserves 47 words to describe his play. If the Chargers’ Justin Herbert tore up the Dolphins defense the previous week with his arm, Allen did it Saturday with his arm in passing for 304 yards and four touchdowns and his legs in running for 77 yards.

Allen was Arnold Schwarzenegger in “The Terminator”, always rising up from any collision. Will he always? Probably not. But for now he and Herbert are the big picture of this recent Dolphins season. They’re great quarterbacks making great plays.

That scant separation is what wins and loses Saturday night. Or as Dolphins quarterback Tua Tagovailoa said, “We wanted an opportunity, but if you look at how the game went, we had our opportunities.”

Bring the microscope down to short-yardage plays and you understand the lost opportunity here. Facing two yards or less, Buffalo converted four of five such first downs. Three of them kept touchdown drives going. They also ran the ball on three of those four conversions.

“We made plays when we had to,” Allen said.

Now look at the Dolphins offense in short-yardage situations. It converted two of five. It ran the ball on both successful conversions, too, once with fullback Alec Ingold and once with running back Raheem Mostert. The running game was a bright spot Saturday, right from the start, when McDaniel pounded it between the guards and ended with 188 yards rushing.

But the nagging criticism was the short-yardage misses. Third-and-1 at the Buffalo 11 in the first quarter, Tagovailoa went to pass and was sacked, fumbling the ball and losing eight yards. They had to kick a field goal.

On the next drive, they first-and-goal at Buffalo 4-yard line. A run up the middle got one yard. Tagovailoa then threw two incompletions (Trent Sherfield dropped a catchable ball on third down). You can see passing there. Tagovailoa’s accuracy and these receivers’ speed explain why the Dolphins are ranked 10th in scoring touchdowns in the red zone.

Still, as Saturday played out, the sum of the Dolphins offense was of too-cute in situations calling for brute force. On third-and-1 at the Buffalo 27 early in the fourth quarter, a dipsy-do play of reverse pivots and a soft pass to tight end Durham Smythe resulted in a 2-yard loss and another field goal.

The field goals added up. So did the missed opportunities Tagovailoa mentioned. It doesn’t change the big conclusion that if the Dolphins played like this in California — if they played like this the next three weeks — they’ll be in the playoffs.

It just says on a night of flying kiliwip, the devil wasn’t just in the big picture of Allen. It was in the details of short yardage and the 47 learned words for defeat.