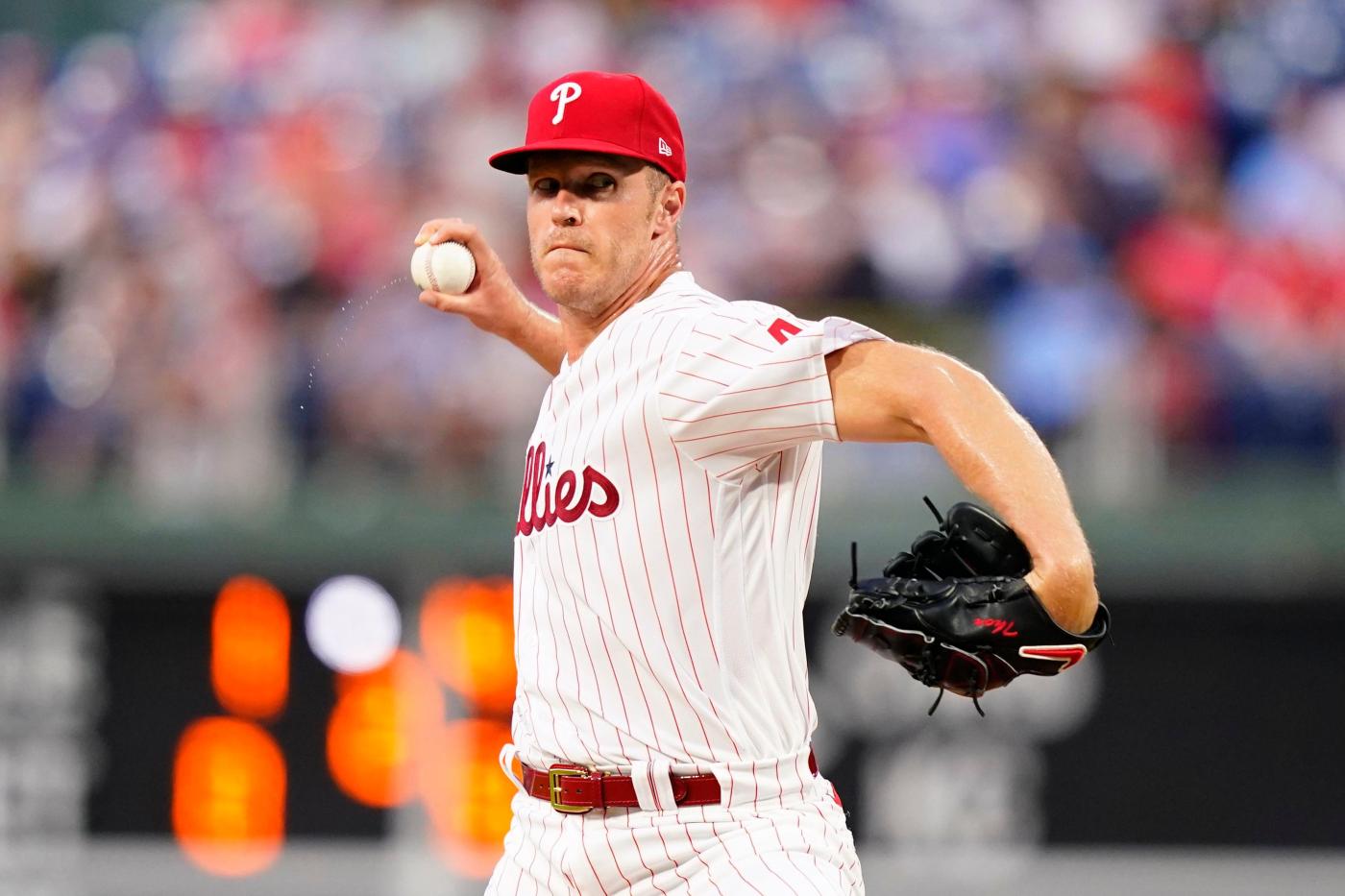 Noah Syndergaard is back at Citi Field for the first time since leaving the Mets via free agency. When he was with the Angels earlier this year, the Mets went to Anaheim, allowing him to catch up with old pals. But now that he’s been traded to the Phillies, he’ll see a lot more of the Mets. Even though Syndergaard is not scheduled to pitch in this three-game series at Citi, he is getting the full experience.

Speaking to a large assembly of reporters before Friday’s game, he broke down his past year as only Syndergaard can.

“I was living the good life in Newport Beach,” he said of his brief time with the Angels. “There really wasn’t a lot of stress involved.”

He quickly became acclimated to the low key nature of living in Southern California, both in his beach lifestyle and while he was at Angel Stadium. Being overshadowed by Shohei Ohtani helped him slink even further into the shadows.

“You walk into the Angels’ clubhouse and there’s only, like, three reporters,” he laughed. “Most of them are Japanese, so they don’t speak a lot of English. Everything is just heightened [in New York]. It’s pretty cutthroat playing in New York. I feel like I did a pretty good job over the last six years of embracing it. But it’s just a lot when you’re trying to get back from injury.”

Then, on Aug. 2, in the midst of another terrible season, the Angels traded him to Philadelphia. Syndergaard called being traded “a whirlwind of emotions,” and that was probably before he even realized that being back in the NL East meant making a stop in Flushing very quickly after the trade.

“It still hasn’t really sunk in yet, I’m taking it all in,” he said. “It’s awesome seeing the guys and the staff on the other side. It should be an exciting series. I’m glad to be on a team that’s got a shot at winning a World Series. I’m only a couple days in, but the clubhouse is amazing, the staff is awesome.”

Syndergaard specifically cited Jacob deGrom, Carlos Carrasco, Tomas Nido and several members of the Mets’ medical and performance staff as the ones he was closest with. Wearing Phillie red, he could still admit that it’s been great seeing the Mets’ success from a distance.

After undergoing Tommy John surgery before the 2020 season and missing almost all of 2021 as well, Syndergaard says that he’s in good health. The appeal of making his big MLB return away from the bright lights of a big city, he said, was a major part of the decision not to re-sign with the Mets.

“Part of the reason why I still made the move to the Angels and the West Coast was because of the energy that can make New York so great, but it can also kind of bite you in the butt a little bit.”

Even as his self-proclaimed “crazy journey” adds a new Philadelphia chapter, the 29-year-old insists he has no regrets. The fact that Phillies’ fans can be just as fervent as Mets’ supporters, though, has definitely crossed his mind.

“The fan bases on both sides have great tenacity. One of the many reasons I fell in love with New York so much was the massive amount of culture and history. Philadelphia offers that.”

Above all else, though, is a person’s happiness. That can come and go over the course of a baseball season, and especially during a baseball life. Syndergaard was asked how he’s feeling, still in just his second week in Philly.

“Am I happy? Yeah, life is really good right now,” he said, before turning the tables. “Are you guys happy?”

Playing the Phillies means a reunion of sort between the managers.

Mets’ skipper Buck Showalter and Phillies’ manager Rob Thomson go way back. Thomson joined Showalter in the Yankees’ organization in 1990, serving as the third base coach for their Class-A team. Before that, he was with the Tigers’ organization, coaching against Showalter’s minor-league Yankee teams.

1990 was the same year Showalter was promoted from minor league manager to member of the big-league staff, and he reportedly vouched for Thomson to come on over. Showalter was asked what it meant to him to be managing against Thomson this weekend.

“A lot, a lot,” Showalter said. “Robby’s been a third base coach, he’s been a bench coach. You love to see guys that followed a good path. He did the things that it takes to handle the situations that are being thrust at him.”