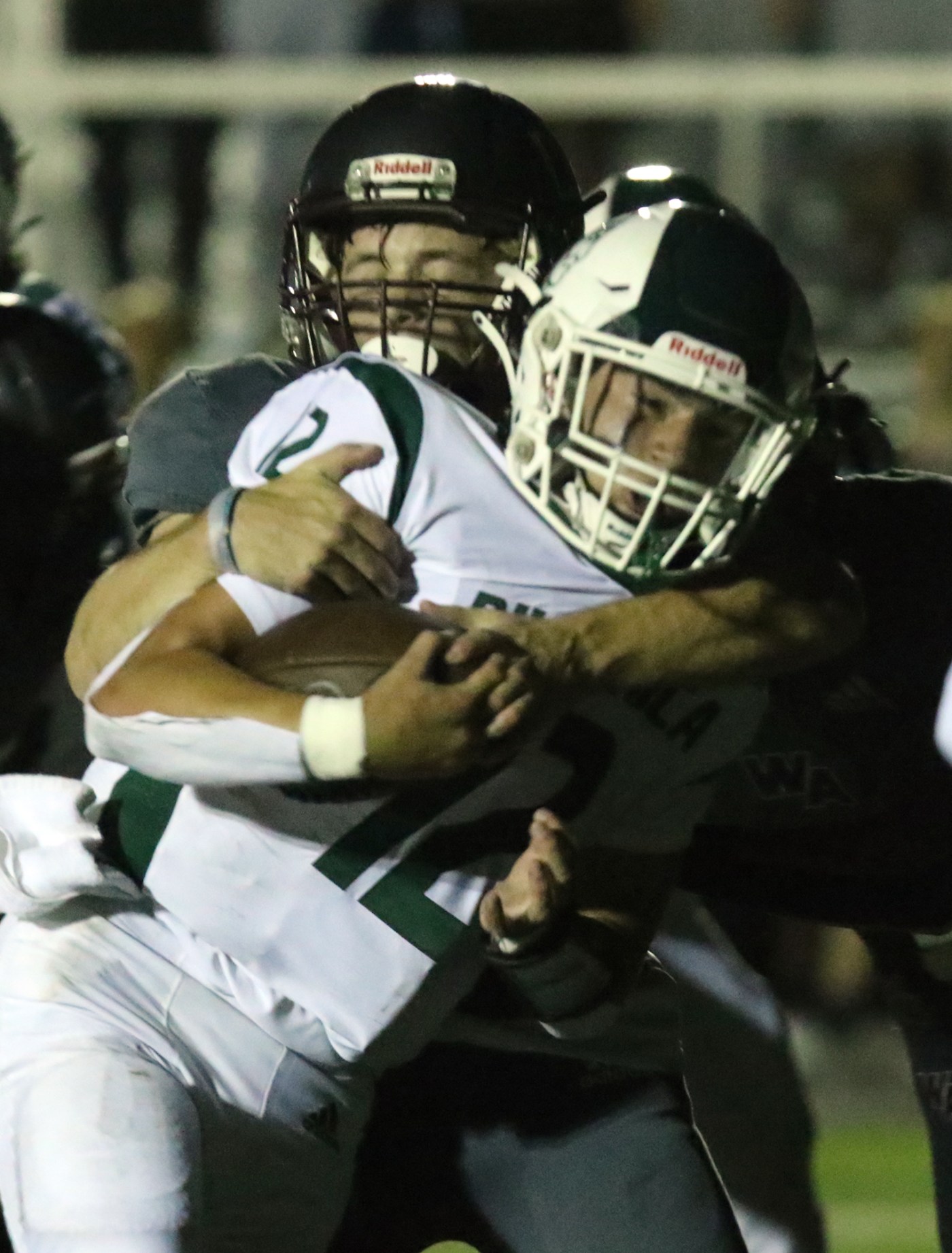 NORTH ATTLEBORO — After taking care of Billerica in the Div. 3 semifinals a season ago, North Attleboro handled business a round earlier at home Friday night.

From the opening kickoff, the No. 2 Red Rocketeers controlled play on the front line on both sides of the ball to top No. 7 Billerica 34-6 at Community Field in the Div. 3 quarterfinals.

“We put in a lot of work this week,” said North Attleboro coach Mike Strachan. “(Billerica) is a very good football team that has skill guys all over the place. They are very well coached. I thought it was going to come down to what happened up front. I think our guys were up for the challenge and I think we dominated the line of scrimmage.”

North Attleboro (7-2) started the game off with a bang as senior captain Nathan Shultz returned the opening kickoff from 84 yards out to go up 7-0 just 14 ticks into the contest.

The Red Rocketeers followed that up with a defensive 3-and-out before the running attack was able to get the motor going with Shultz running it in from 30 yards out to go up 14-0 midway through the first quarter.

Shultz finished the first half with 211 all-purpose yards, with 129 of those on the ground on 11 carries. He finished the game in style with a four-yard rushing score for the hat trick to seal the victory at 34-6 with 1:37 remaining.

“The offensive line played phenomenal,” Shultz said about the line’s play. “They worked hard every single play. That’s who you have to give the Offensive Player of the Week to – our O-line and our fullbacks. … That’s really who won us the game – the boys up front.”

Billerica (9-1) responded as Scott Einarson caught a 29-yard pass before rushing it in from four yards out the cut the deficit down to 14-6 just under a minute after North Attleboro’s second score.

The Red Rocketeers did not let up as senior Greg Berthiaume added a 3-yard score right before the end of the first quarter. He ran it in from 25 yards out with 1:17 left in the first half to make it 27-6 at the half.

North Attleboro finished the night with 302 yards from scrimmage – all on the ground.

The defense was no slouch either as it accumulated eight tackles for less with two of those being sacks as Billerica amassed only 86 yards from scrimmage – 51 of those came in the first quarter.

“It all comes down to the senior leadership,” Strachan said about the defense’s ability to make plays. “The entire senior class — that is where it starts and ends with us.”

North Attleboro will battle against undefeated Wakefield at a site/date to be determined next week.