North Attleboro off to stellar start under Strachan – Boston Herald 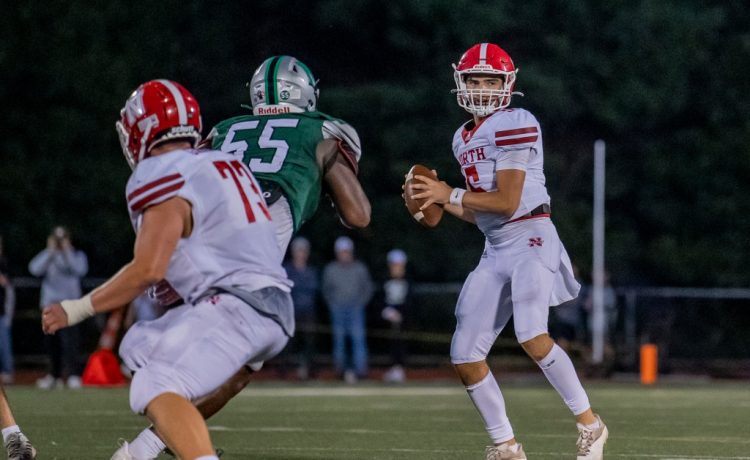 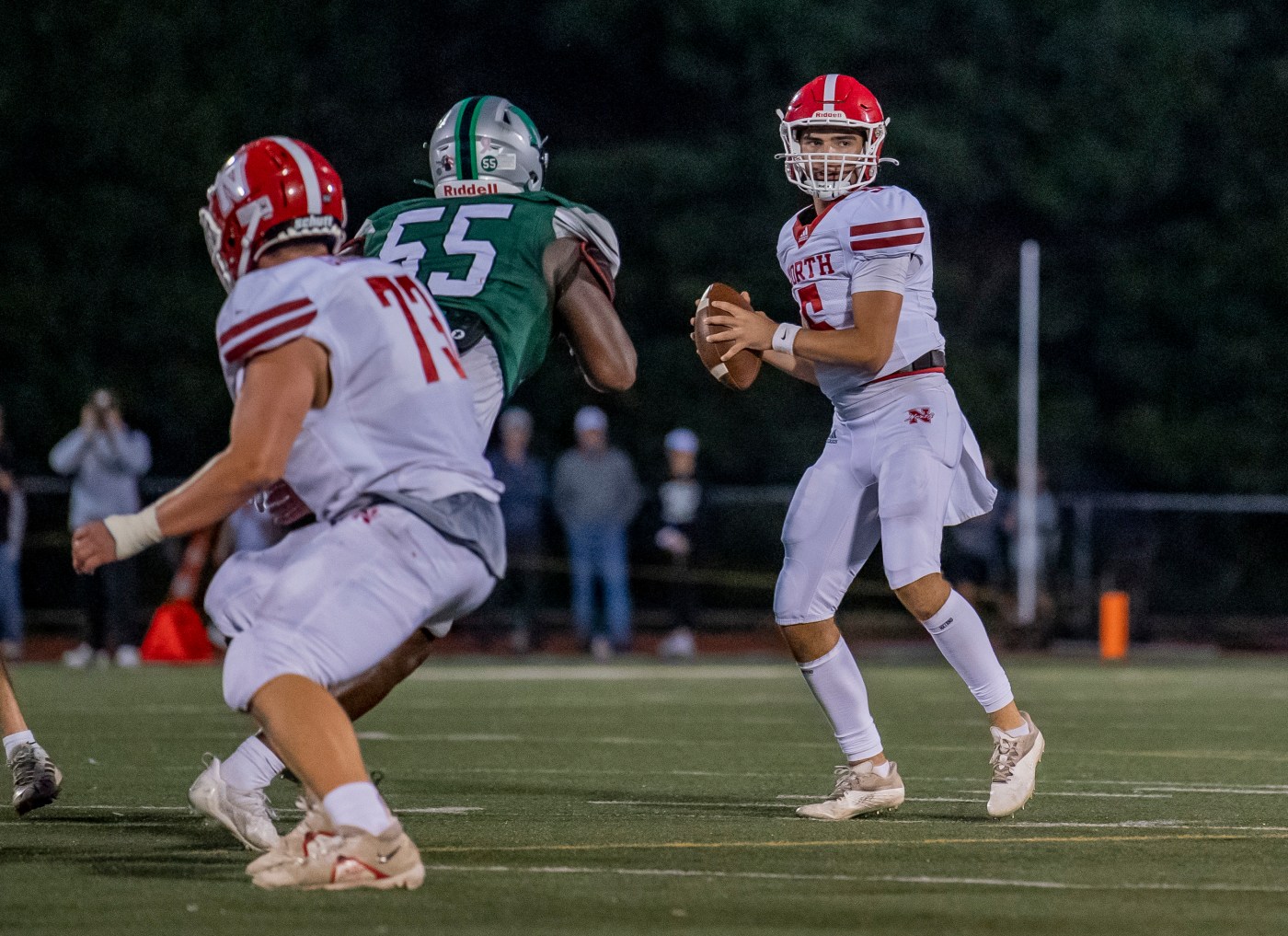 North Attleboro hadn’t beaten Mansfield on their home turf since 2015.

Chris Frisoli threw a 10-yard touchdown pass to Aidan Conrad in overtime and the defense held the fort once again to give North Attleboro a wild 27-21 victory over Mansfield. For head coach Mike Strachan, who took over as head coach of the Red Rocketeers in April, it was a special night in more ways than one.

“Mansfield has always been a big rival,” said Strachan, who spent nine years as head coach at Attleboro before accepting the North Attleboro job in April. “They’ve always been the top team in the Kelley-Rex, always had successful seasons and Mike Redding is such a good coach. Finally being able to beat them was very nice, let’s just say the bus ride home wasn’t quiet. It was a very satisfying win for the players.”

While Strachan has a new title in North Attleboro, he is more than well aware of the school’s tradition of football excellence through the years. A 1986 graduate of North Attleboro, Strachan played for the legendary Ray Beaupre before heading off to Stonehill College.

He coached in Europe before returning home where he spent 10 years as Framingham State, the final seven as head coach before getting the Attleboro job in 2013. Strachan might have been away from North Attleboro, but the Red Rocketeer blood always flowed through him.

“I grew up here and the expectations were always high,” Strachan said. “There was always pressure to win and that goes back to Coach Beaupre and Coach (Bob) Guthrie.”

Those goals remained high as Paul Sullivan and Don Johnson kept the Red Rocketeers at or near the top of the heap. Johnson led North Attleboro to the Div. 3 state championship game last year before retiring. Strachan credits the seniors in large part for making the coaching transition a seamless one to date.

“Greg Berthiaume, Nathan Schultz, Zachary Gallagher, Jack Munley, Aidan Conrad, Kaden Leary and all the seniors — those guys are very special,” Strachan said. “They are very coachable, they really enjoy playing for each other, they check off all the boxes that you’re looking for. It’s a very focused group that really does take things one practice at a time.”

The season opened in fine fashion as North Attleboro avenged a 24-10 loss to Bishop Feehan by rolling to a 28-6 victory over the Shamrocks, setting the stage for Redemption Tour Part 2. North Attleboro and Mansfield staged one of the best games of the 2021 season, the teams going to double overtime before the Hornets prevailed, 31-29.

It looked like North Attleboro was going to go 2-for-2 in paybacks when it drove into the red zone in the waning moments of regulation, only to have a potential game-winning field goal attempt miss. Overtime is never something a coach wants to deal with but Strachan felt his team was more than capable of being up to the task.

“I really felt good about everything,” Strachan said. “Mansfield won the toss and elected to go to defense. Our offense played well all night, we stayed patient which I think we did. Our defense played well, had two goal line stands, including one to win the game.”

1. CATHOLIC MEMORIAL (1-0): Knights showed little rust in coasting past LaSalle by 40 in the season opener.

2. XAVERIAN (2-0): Hawks will be tested this week on the road at King Philip.

3. CENTRAL CATHOLIC (1-1): Give the Raiders a lot of credit for bouncing back after a lopsided season-opening loss to defeat a top-five St. John’s Prep squad.

4. MILFORD (2-0): Scarlet Hawks turn in another solid performance against Wellesley.

6. READING (2-0): Rockets travel south and leave with a hard-fought win over Barnstable.

7. KING PHILIP (2-0): Another week, another shutout for the Warriors defense.

8. ANDOVER (2-0): The second of three Merrimack Valley Conference Large teams in the Sweet 16.

10. MANSFIELD (1-1): Tough overtime loss to North Attleboro drops the Hornets a few spots in the rankings.

11. MILTON (2-0): Wildcats jumped out of the gates against Framingham before coasting in the second half.

13. FRANKLIN (2-0): Excellent all-around effort on both sides of the ball against Brockton.

14. DUXBURY (2-0): Safe to say the Dragons were more than fired up for a crack at Scituate.

15. MARBLEHEAD (2-0): Magicians struggled for a half with Lynnfield before rallying in the second half.

16. EVERETT (1-1): Crimson Tide respond from an opening loss with an easy victory over Somerville.