Not extending Xander Bogaerts era would be an error 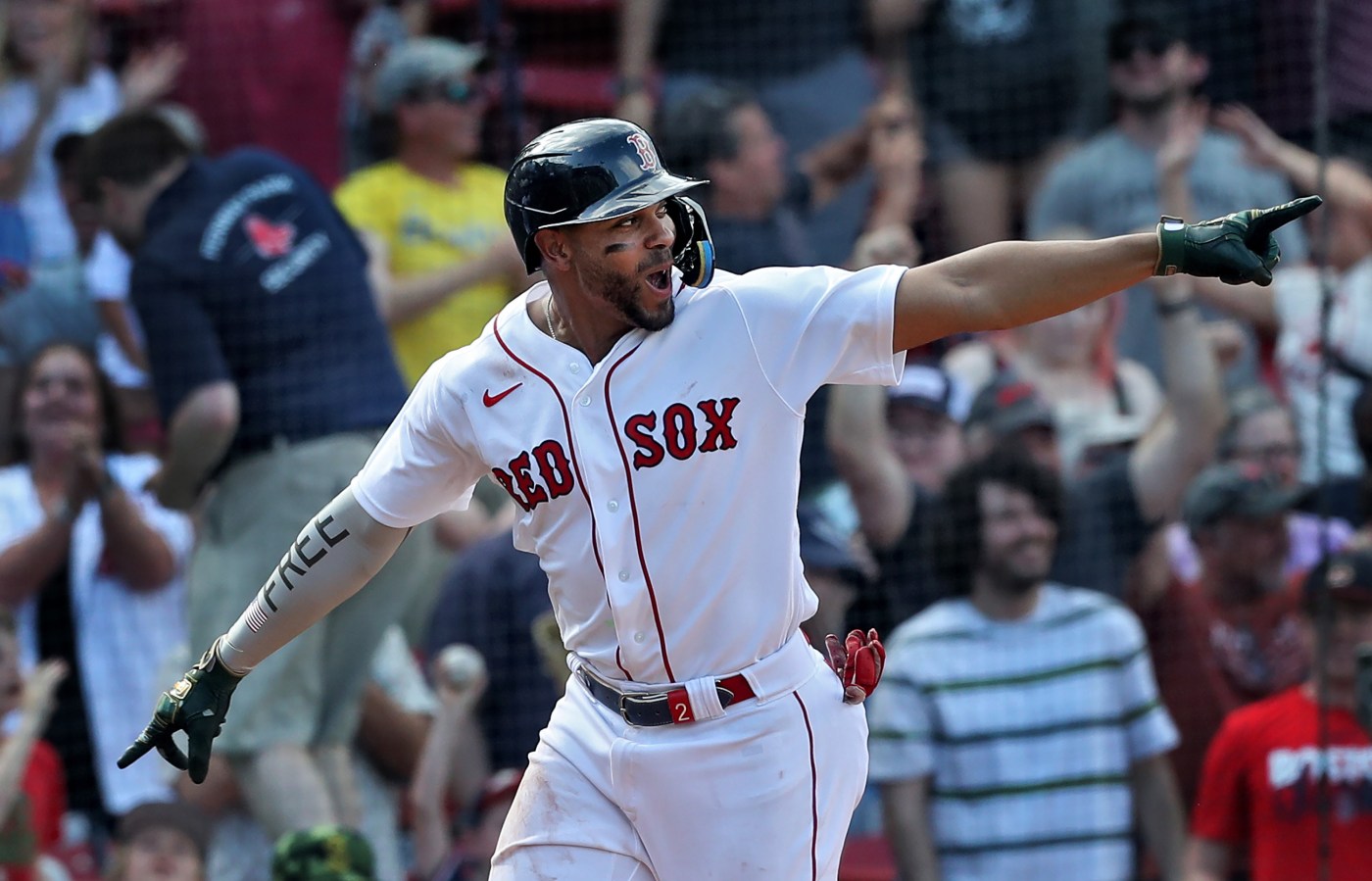 A week from tonight, Xander Bogaerts will be on the clock. The Red Sox season will have reached its merciful conclusion.

“X” marks the spot where the Red Sox ownership must do whatever it takes to make sure Bogaerts will be with Boston when the team opens camp in what’s left of Fort Myers come February.

There’s no need to dig back 100+ years when lamenting the homegrown greats who slipped through the fingers of the Red Sox before their expiration date.

And, of course, Mookie Betts.

There are others, but we are space limited.

Trading Betts should have been a breaking point for millions across Red Sox Nation. And for some, it was. But the House of Henry got off the hook a few weeks later when Tom Brady seceded from the Patriots and jumped ship to the Buccaneers at the dawn of a pandemic.

Losing Betts remains an obscured baseball catastrophe. Losing Bogaerts this offseason, and/or Raffy Devers prior to 2024 will be impossible to hide.

Betts starts his third postseason in three years with the Dodgers next month.

State Run Media mocks those who acknowledge the success former Red Sox players — especially those who were the face of the franchise — enjoy once they leave town. And only Baseball Neanderthals fail to see the exceptional value the Red Sox got for Betts.

The 2022 Red Sox will finish in last place for the second time in the three seasons since Betts found his slice of heaven in Southern California.

This time, we can’t blame COVID. Or Ron Roenicke.

Betts’ average will be a career low (.268 heading into Wednesday) this season, but he’s ripped 35 home runs, logged 85 RBI, and leads the National League with 112 runs scored. His play in the field remains as stellar and pristine as you remember.

Devers leads the Red Sox with 27 HR, 85 RBI and 80 runs scored. He’ll be gone soon enough. But today’s concern is his wing man and BFF Bogaerts.

The Red Sox signed their All-Star shortstop in 2009 when he was just 16. Bogaerts has been on five different playoff teams with Boston and won rings in 2013 and ’18.

Bogaerts has an opt-out after this season. The Red Sox failed to complete a deal before the season but opted not to trade him at the deadline. The most recent offer made public was an embarrassment for all sides.

Now the Red Sox are in a position where they must sign Bogaerts or get next to nothing in return. The simple “draft pick compensation” system has been dismantled and replaced with something akin to the IRS tax code. Bogaerts would likely yield the Red Sox a third-round pick, depending on how much he makes on his next contract.

The scary thing is that there are those on John Henry’s payroll who would be just fine with that.

Lowballing homegrown talent can come at a grave cost. And not just in Boston. The Yankees tried for a discount on Aaron Judge before the season. The Bombers offered Judge a princely sum. But he bet on himself and now commands a Home Run King’s ransom.

If Judge doesn’t break the MLB Bank, someone needs to sound the collusion alarm.

This is just a numbers game for Red Sox Chief Baseball Officer and Designated Henry Fall Guy Chaim Bloom. That’s as it should be. Unfortunately for Bloom, the numbers this year have been terrible. Bloom is saying the right things, sort of.

Yet if Henry were to be roused from his cryogenic stupor and demand Bogaerts remain in Boston at any reasonable cost, the issue would be resolved.

When (OK, if) the Red Sox are unable to come to a deal with Bogaerts, it will be because the team failed to meet the market price.

The contract value of any free agent is determined by whatever someone is willing to pay him. If one team pays Bogaerts $35 million a year for eight years, then that is what he is worth.

Nothing else matters. Not the musing of Henry in a press release. Not the dazzling stats thrown out by the Red Sox front office and their media acolytes. Not the good wishes and thanks expressed toward Bogaerts for his years of service and success with the Red Sox.

And all that will be offered with a strong whiff of condescension.

We will ultimately be asked to believe the Red Sox, a team whose payroll was still $234.5 million this season, did everything in their power to keep Bogaerts.

Imagine a fictional dinner conversation between Mr. & Mrs. Henry in a post-Bogaerts world while the fan base self-immolates to keep warm this winter as heating oil hits $5 a gallon: “Lovey, why are the plebs so upset? We gave them four World Series titles, Tessie, and Globe Summit Week. I even bought an ice-ball team. What else do these knuckle-dragging, mouth-breathing cretins want?”

Scott Boras’ representation gives the Red Sox a ready-made out with the baseball intelligentsia even though Bogaerts has made it clear he merely desires a fair deal that places him near the top of his position pay wise.

Some working on Jersey Street recognize the importance of Bogaerts on the field, in the lineup, within the mechanics of the clubhouse, and to the stability and support the team enjoys among the multitudes.

The “X Factor” is undeniable to anyone who cares to look.

For those of a certain age, the line from Fisk to Clemens to Betts to (potentially) Bogaerts and Devers is unbreakable. The tolerance level diminishes with each loss. In a sense, we’ve been playing with house money since 2004.

Walking away has never been easier.