Todays Though > News > Not pretty, but a needed victory for Heat – Boston Herald
News

Not pretty, but a needed victory for Heat – Boston Herald 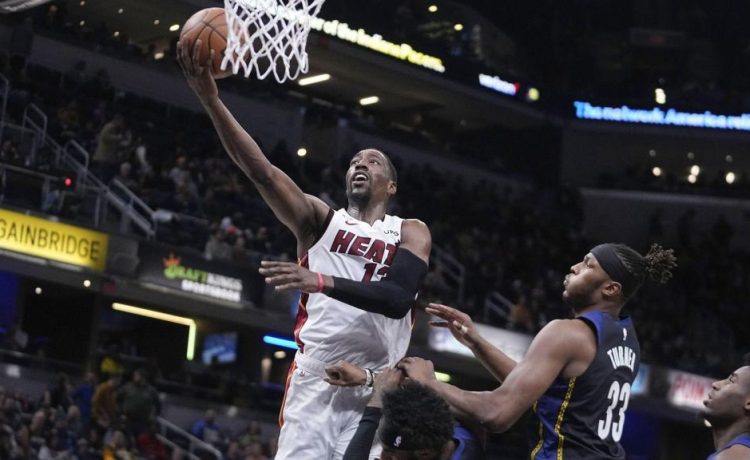 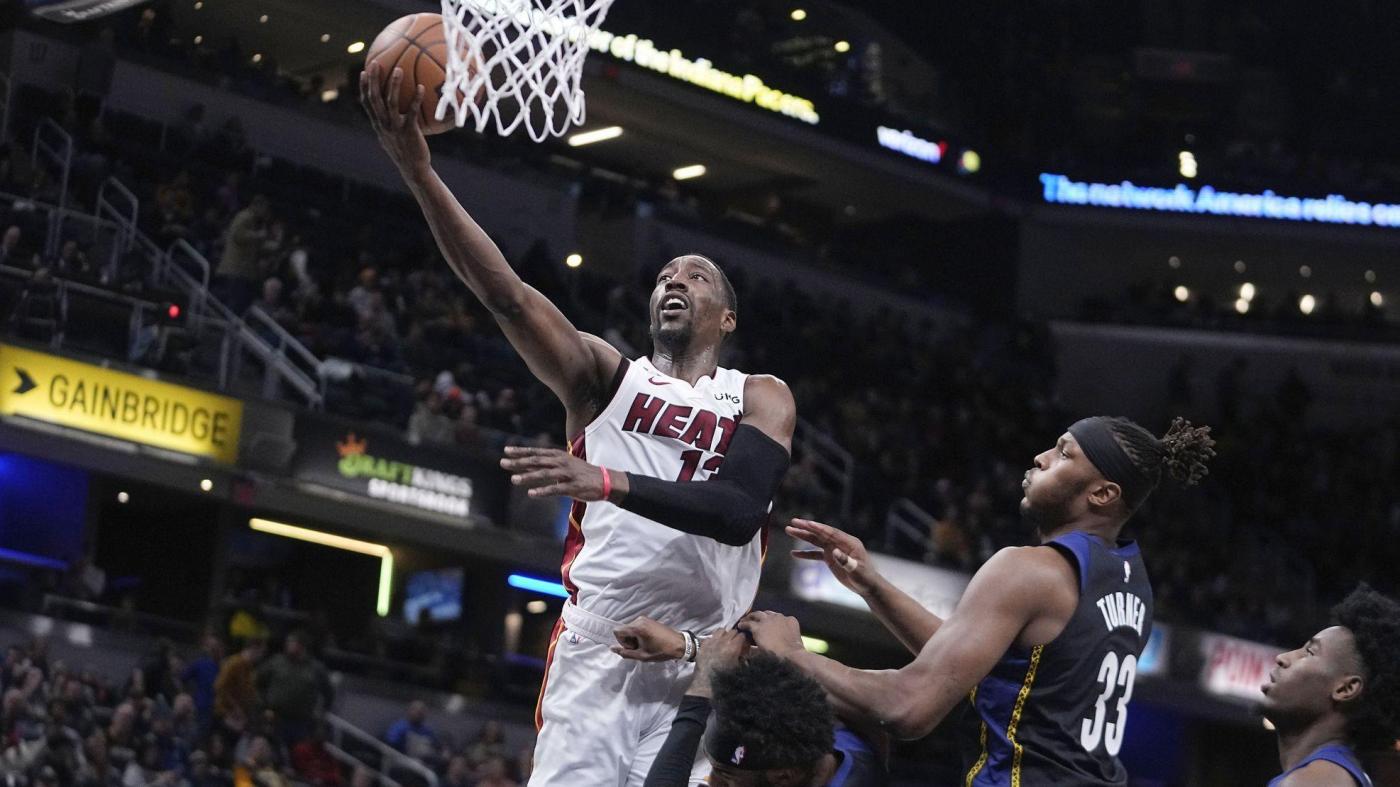 Observations and other notes of interest from Monday night’s 87-82 victory over the Indiana Pacers:

– It was so much simpler last season when the Heat offense was 3-pointers.

– With Monday another example of the struggle on that end.

– Which means the defense almost has to be perfect.

– That certainly was the case for extended stretches against the Pacers.

– But that also is a hard way to have go.

– And not something necessarily in the Heat’s wheelhouse this season.

– It’s as if Bam Adebayo, Butler and Tyler Herro have to be at the top of their games every single night.

– Adebayo certainly did his part in this one.

– But the Heat need more.

– Because only consistency will lead to a resurrection in the standings.

– And that’s not there at the moment.

– The game marked the 11th start of the Heat opening-night lineup of Adebayo, Caleb Martin, Butler, Herro and Kyle Lowry.

– The Heat entered 4-6 with those five starting.

– It hardly has been a study in precision.

– The only Heat starting lineup that has played more than two games together that has a winning record is the 3-1 starting five of Adebayo, Martin, Butler, Lowry and Max Strus.

– For their part, the Pacers shook up their starting lineup, removing Jalen Smith in favor of Aaron Nesmith.

– Strus entered at the Heat’s first substitution, after being held out of the second half of Saturday’s loss to the Spurs.

– That also is when Victor Oladipo entered.

– With the Pacers offering a pregame video tribute to Oladipo for his time with the team.

– Butler’s fourth rebound moved him past Michael Beasley for 21st on the Heat all-time list.

– And Butler’s sixth shot moved him past Beasley for 21st on that Heat all-time list.

– Dedmon’s appearance was the 500th during the regular season of his career.

– Strus’ third 3-pointer tied him with Jason Williams for 16th on the Heat all-time list.

– “It’s an important week for us,” he said. “We’re aware of that. We have an opportunity to do something significant on the road. I think each one of our road trips has gotten better, and we’re looking to take that next step.”

– Spoelstra also went in lamenting his team’s point-of-attack defense, with opponents in recent weeks blowing past Heat defenders off the dribble.

– “Our point-of-attack containment has been poor the last couple of games, being able to contain the first dribble without it being a straight-line blow-by,” he said.

– He added, “We’re better at containing than we’ve shown.”

– Another concern for Spoelstra was muting the Pacers’ pace.

– “The last time we played up here they had 25,” he said of fastbreak points. “It felt like they had 55 in transition.”

– Orlando Robinson, on rejoining the Heat from the team’s G League affiliate, “I’m just bringing the same thing that I brought in Sioux Falls, just energy, effort and just try to find my spot and do what I can to make this team win.”