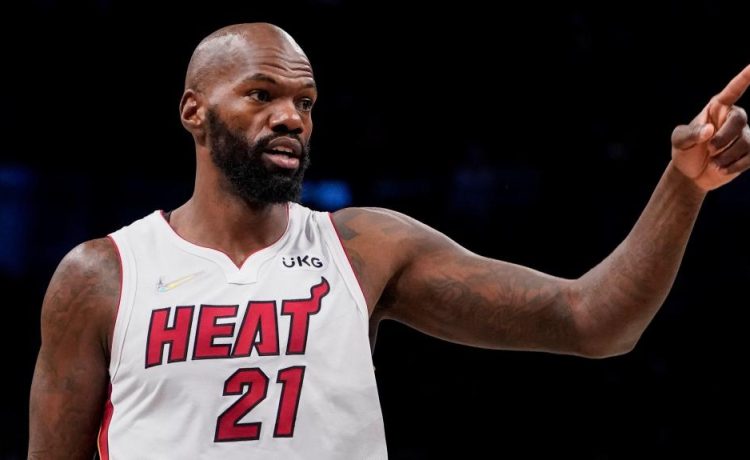 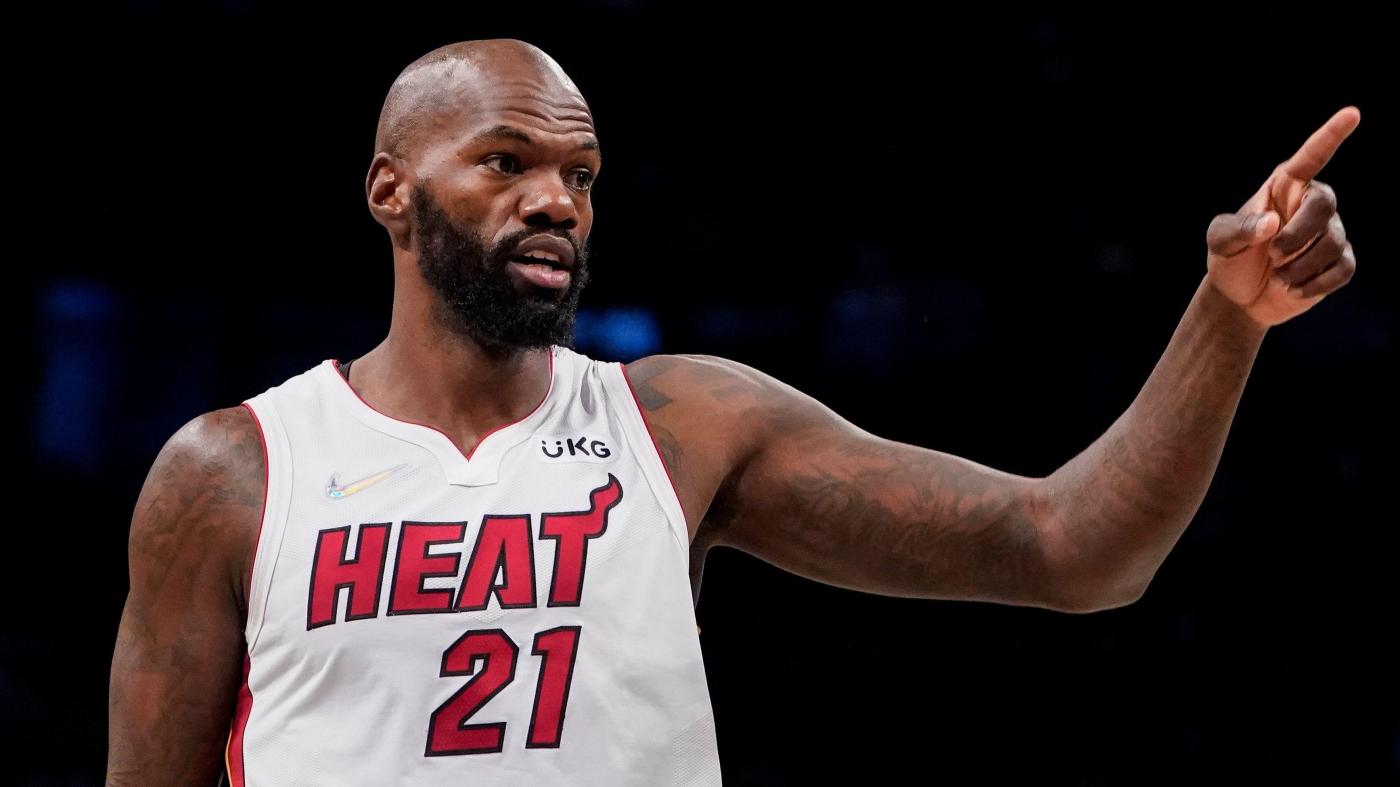 While the working impression Thursday was that all could be put aside if suspended center Dewayne Dedmon shows sincere contrition to the team and teammates for his Tuesday courtside disagreement with coach Erik Spoelstra and ensuing retreat to the locker room, the Miami Heat’s history in such matters speaks differently.

Over the course of Pat Riley’s stewardship of the franchise since 1995, team suspensions and sanctions often lead to partings with such players.

Dedmon apparently was displeased about quickly being pulled after his initial stint in Tuesday night’s victory over the Oklahoma City Thunder, particularly with only eight Heat players available, swatting a training device to the court as he exited.

The 33-year-old veteran was assessed a technical foul and immediately ejected for that element of his exit, later suspended without pay by the Heat for Thursday night’s game against the visiting Milwaukee Bucks for “conduct detrimental to the team for actions that took place in the bench area.”

Shortly after Riley’s arrival as team president, he immediately cut forward Todd Day for openly complaining about playing time, informing the veteran in front of teammates in the locker room. Riley later said he erred in how and where he delivered his message.

“I was definitely wrong on that. And I told Todd I was, too,” Riley said at the time.

But since then, Heat sanctions typically have had a follow-up reaction.

In March 2021, after the Heat announced that Meyers Leonard would be away from the team after using an anti-Semitic comment while live streaming video play, the center eight days later was traded before returning to the team, out of the NBA since.

In 2019-20, after twice being suspended by the Heat for conduct detrimental to the team, guard Dion Waiters was dealt at that season’s February trading deadline.

In 2019, after forward James Johnson was told to leave the team’s training camp for not arriving in proper shape, he also was dealt at that season’s trading deadline, in a package with Waiters.

Prior to that, team suspensions or sanctions of players such as Rafer Alston, Smush Parker, Robert Hite and even Heat championship winners Antoine Walker and James Posey factored into departures.

Dedmon is eligible to return for Saturday’s rematch against the visiting Bucks, then eligible to be traded under salary-cap rules for the first time this season on Sunday. The 2023 NBA trading deadline is Feb. 9.

Because of the Heat suspension, there is no further action from the NBA, with either a team or the league able to issue a penalty for what is considered a single incident. Dedmon has the right to appeal, a process typically handled in the offseason or beyond.

Playing the second night of a back-to-back set, after having to play to the finish in Wednesday’s night’s road victory over the Atlanta Hawks in a game they blew a 24-point lead, the Bucks took a measured approach with their roster.

The teams’ second game of the two-game series on Saturday is on ABC, with the league prioritizing player availability for such nationally-televised games.

Herro and his partner, Katya Elise Henry, welcomed the birth of their son Thursday, the couple’s second child – Harlem Herro.

The Heat continue to play from behind on fan balloting for the All-Star Game.

Jimmy Butler stands fifth among East frontcourt players for the second time in as many weeks as results have been released. Heat center Bam Adebayo remains outside that top 10.

No Heat player is in the top 10 among East backcourt players.

Fan voting counts 50% toward the selection of starters, with media and player voting each factoring in at 25%.

All-Star voting runs through Jan. 21. Starters for the Feb 19 All-Star Game in Utah will be announced Jan. 26.