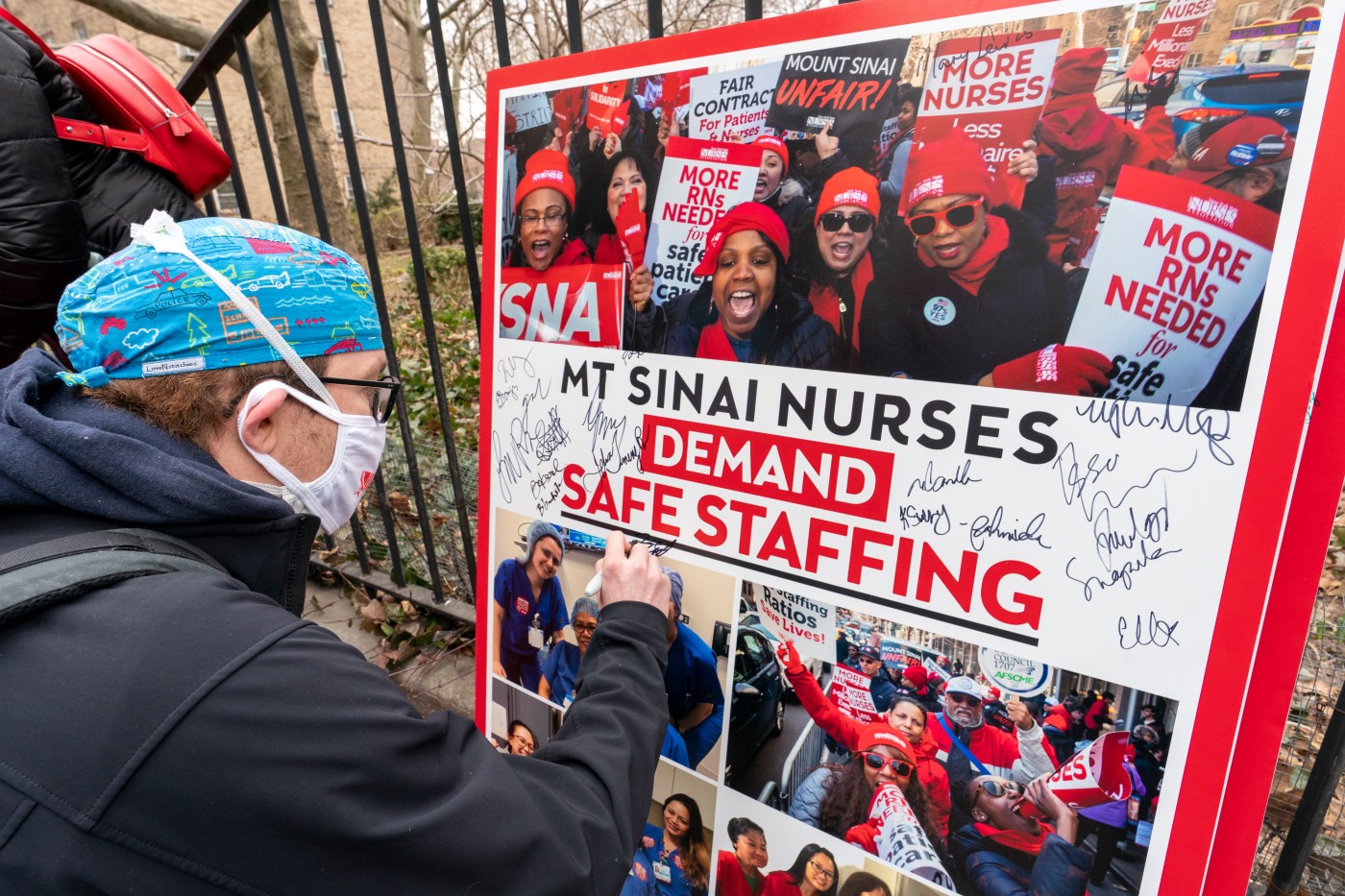 Negotiations to keep about 10,000 New York City nurses from walking off the job headed into a final weekend as some major hospitals were already preparing Friday for a potential strike by sending ambulances elsewhere and transferring some patients, including vulnerable newborns.

The walkout could start early Monday at several private hospitals, including two of the city’s biggest: Mount Sinai Hospital in Manhattan and Montefiore Medical Center in the Bronx, each of which has more than 1,000 beds.

They and a handful of other hospitals are bargaining with nurses who want raises and an end to what they say are untenable staffing squeezes, nearly three years into the coronavirus pandemic.

Macy’s is tempering its sales outlook for the fiscal fourth quarter after shoppers spent less than expected during the lull between Thanksgiving weekend and the final days before Christmas.

The New York-based department store chain, which also operates upscale Bloomingdale’s and Bluemercury stores, said Friday that sales for the November-to-January period will fall in the low end to midpoint of its expected range of $8.16 billion to $8.4 billion.

The company’s adjusted earnings per share for the period should meet the projected range of $1.47 to $1.67, Macy’s said.

Analysts expect Macy’s fourth-quarter sales to reach $8.3 billion and earnings per share of $1.61, according to FactSet.