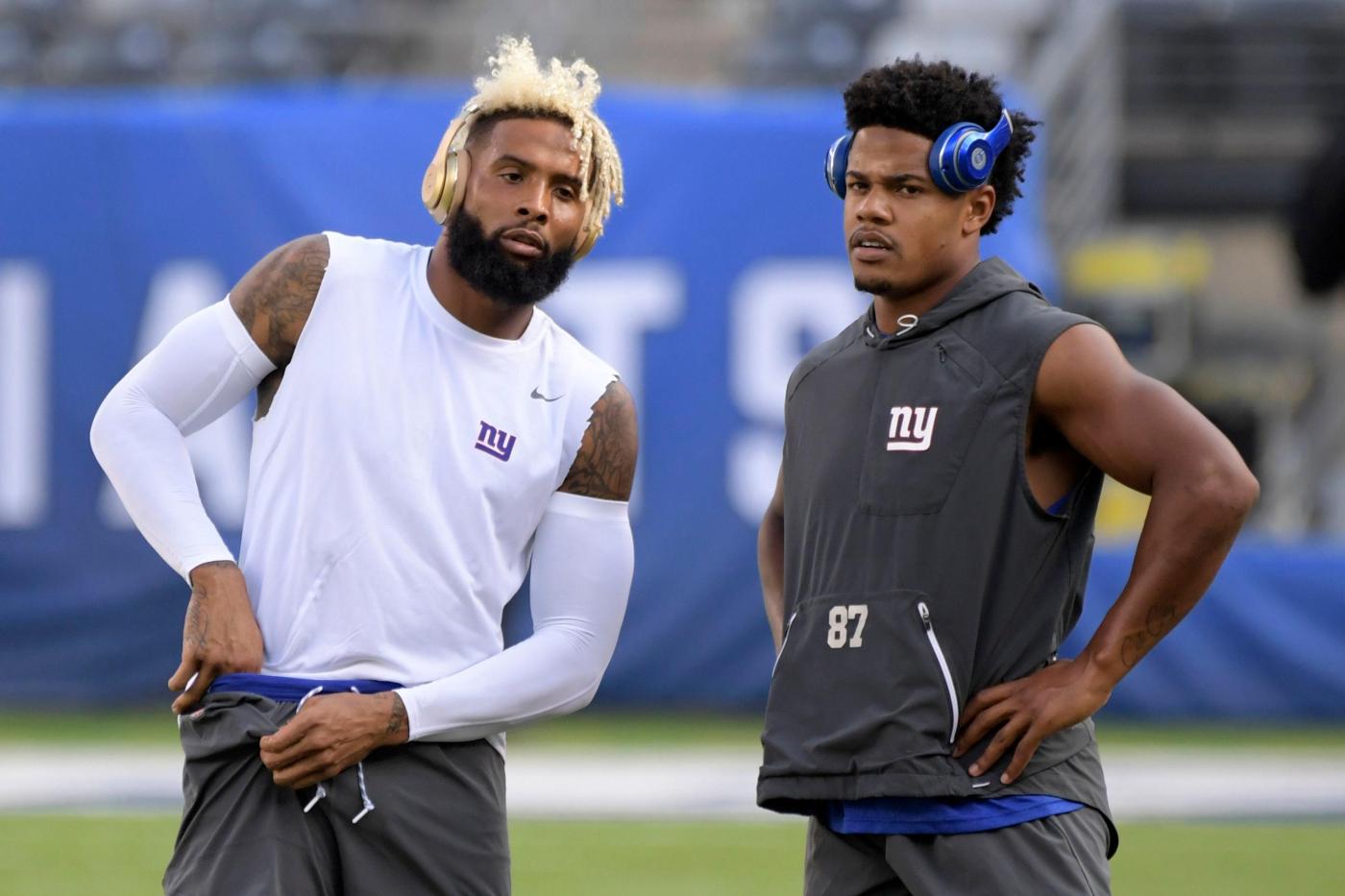 A Giants win over the Dallas Cowboys on Thanksgiving Day would help their case in recruiting OBJ back home.

Shepard said Beckham would “love” to come back to the Giants, as evidenced by his visit to the facility earlier this fall to check on Shepard after he tore his ACL. But there are a lot of factors impacting OBJ’s decision between the Giants, Cowboys and other suitors.

“I talk to him every day, but we don’t talk about [his decision] too much,” Shepard said. “Obviously he knows that we want him here. He would love to be here. But everything has to play out for that to happen.

“There’s a whole bunch of intangibles that have to play out for him to be here,” Shepard continued. “And I understand that. This is a business, and his business has gotta be right for him to do it.”

It is no stretch to say that the Giants (7-3) and Cowboys (7-3) may be playing for Beckham’s services on Thursday in addition to an important victory in the tight NFC East.

Beckham is planning to visit both the Cowboys and Giants in the near future. The San Francisco 49ers, Buffalo Bills and Kansas City Chiefs also are possible destinations.

The Niners loom as a dark horse to watch. They have coveted Beckham for many years, and they look like a formidable Super Bowl contender.

“The main thing is that everybody would agree if you can improve this team right now and it’s within reason, you should do it,” Jones told 105.3 The Fan.

The “business” has to be right, however, as Shepard said. And it’s not clear how much money any of those teams intend to spend on Beckham.

Jason Fitzgerald, founder of the OverTheCap.com website, said Monday that he believes OBJ’s contract offers will come in “pretty low” given his injury history and lack of recent games played.

“I don’t think any of these teams are looking to do a major deal for him,” Fitzgerald said on the ‘Talkin’ Ball with Pat Leonard’ podcast. “His injury history is too much, and he really hasn’t played that much in the last year and a half, two years.

“Last year he signed with the Rams and it was a couple million dollars, a lot of it was based on incentives,” he added. “I think if there was that kind of money involved, he’d already be on a team.”

Beckham’s counterpoint, though, would be his production last season. The Rams wouldn’t have won the Super Bowl without him.

He caught seven touchdown passes in 12 games — eight regular season and four playoff games. The Rams went 9-3 with him in the lineup.

He scored two touchdowns in the playoffs, including the first score of the Super Bowl before tearing his ACL against the Cincinnati Bengals.

Beckham reportedly is seeking a multi-year deal. And Fitzgerald said theoretically, like the Rams last year, a team could incentivize Beckham’s contract offer similarly now to kick cap costs in 2023.

“There’s ways you can do that,” he said. “You can do that with incentives. In a sense that’s what the Rams did last year: they deferred a lot of the cost to this season even though he’s not on the team. But he had to earn those incentives. It’s not like it was set up where it was automatic. They basically had to get to the Super Bowl, he had to be playing and be somewhat productive to maximize that contract value.”

Former NFL agent Joel Corry recently wrote for CBS Sports that a team could carry Beckham this season for as little as $1.065 million in 2022 salary cap space. This is possible because Beckham will only be owed the prorated amount of a full season’s contract.

In other words, if he received something comparable to Cowboys WR Michael Gallup’s $11.5 million annual average, that would be $638,889 per week (a total of $3.83 million for six weeks). And if a team turned most of that $3.8 million into a signing bonus, it could kick that cap space down the road.

Beckham is said to be close to ‘cleared’ in his recovery from that ACL tear. The Cowboys’ Jones said the money, injury history and players’ ability are all factors impacting teams’ and OBJ’s next move.

“It’s financial, but it’s really not,” Jones said. “It’s the capability, the athletic ability, up against paying a lot to one player … It’s all relative.”

“I think this is more like the Dallas Cowboys want to sign him for $2 million and they just want to say, ‘Hey look, this is where we’re at,’” Fitzgerald said. “‘You’re gonna have a chance again to compete in the playoffs. You make some noise in the playoffs, you’re gonna make money next year. It might not be with us, but it’ll be with somebody.’ I think that’s what they’re all looking for.”

Giants head coach Brian Daboll had an interesting answer on Monday when asked if he could confirm Beckham’s plans to visit the Giants a second time this fall.

“Not at this time I can’t,” Daboll said.

But the Giants’ task is to beat the Cowboys first. As Shepard said, it definitely wouldn’t hurt.

The Giants signed free agent tight end Nick Vannett to their practice squad Tuesday and signed practice squad tight end Lawrence Cager to their active roster. Tight ends coach Andy Bischoff was seen giving Vannett a 1-on-1 crash course on the Giants’ indoor field on their short week. Vannett has played for the Seahawks, Steelers, Broncos and most recently the Saints. He has 86 career catches for 832 yards and six TDs.