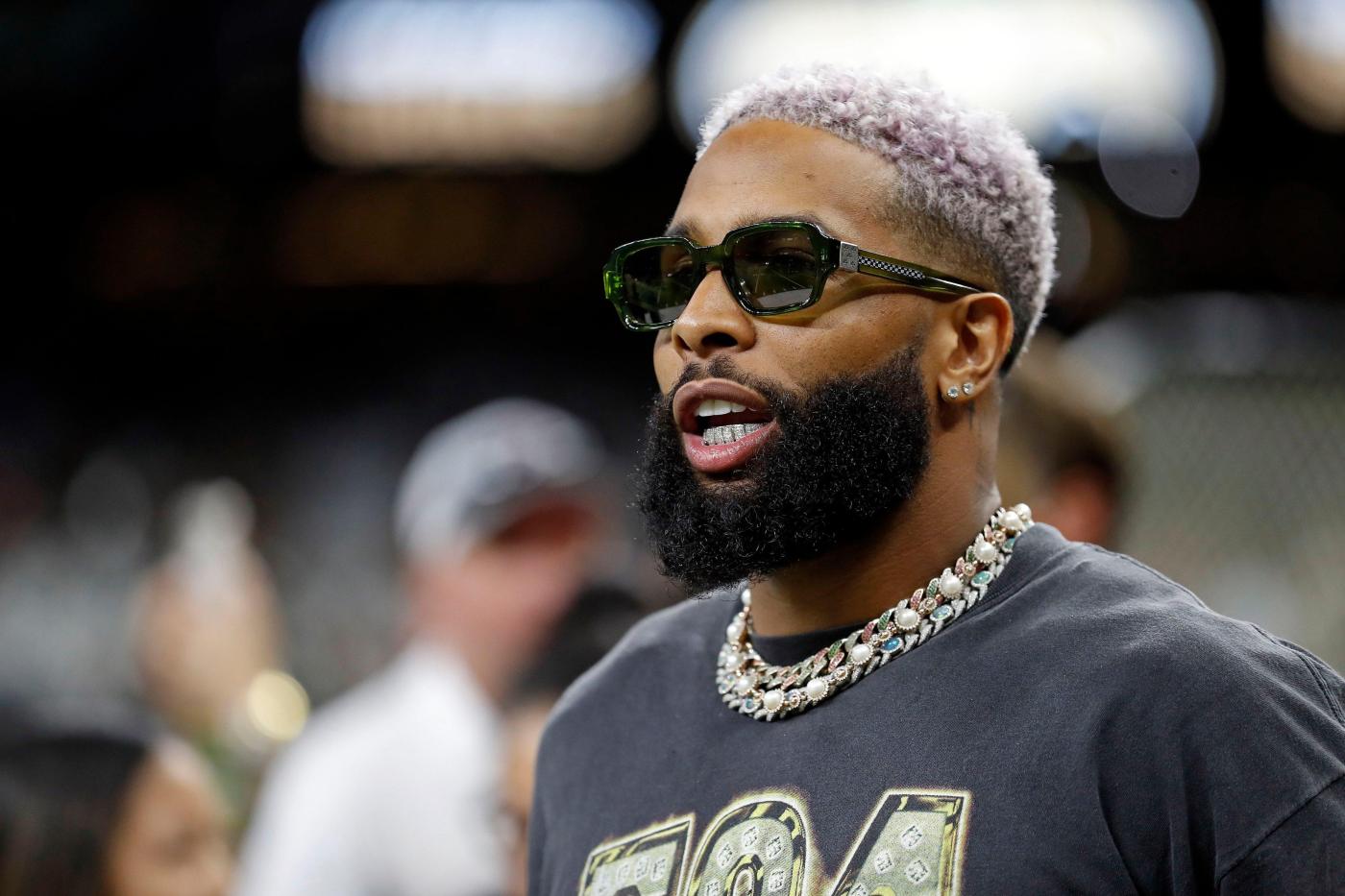 Odell Beckham Jr. was removed from a flight Sunday morning after sparking concerns he was “seriously ill” and declining to leave the plane, said Miami-Dade police said — though the former Giants wide receiver strongly disputed their account.

Beckham “appeared to be coming in and out of consciousness” after an American Airlines flight crew tried to wake him so he could fasten his seat belt before departing Miami International Airport, police told the Daily News.

Beckham declined multiple times to leave the plane when asked by the crew, according to police, who were called to the scene for what they described as a medical emergency.

The incident occurred around 9:30 a.m., with crew members expressing concern Beckham’s health would become worse during a five-hour flight to Los Angeles.

A lawyer for Beckham rejected that account and blamed the incident on “an overzealous flight attendant.”

Attorney Daniel Davillier said Beckham fell asleep “with his blanket over his head” on the plane, “which is his normal practice for long flights.” He was then told he needed to get off because he hadn’t buckled his seatbelt, the lawyer added. When Beckham offered to put his belt on, “He was informed that it was too late, and that either he would have to get off the plane or everyone would have to deplane.”

“At no time was Mr Beckham disruptive or combative,” Davillier said in a statement to The News.  “He was willing to comply with the seatbelt requirement, but the flight attendant wanted to prove that he had the authority to have Mr. Beckham removed from the flight.

“This incident was completely unnecessary,” he added, noting that Beckham’s luggage was sent to L.A. without him. “Sleeping on a plane should not be a cause for removal from a flight.  If they could wake him up when the flight returned to the gate, then they could have done the same thing and woken him up to ask him to put on his seatbelt.”

The 30-year-old Beckham, who is currently an NFL free agent, referenced the incident in a series of tweets Sunday.

“Never in my life have I experienced what just happened to me,” Beckham wrote. “I’ve seen it all.”

“I COULD NEVER MAKE THIS UP,” Beckham added, along with another post reading, “comedy hr.”

The Louisiana-born Beckham spent his first five NFL seasons with the Giants, recording 390 receptions for 5,476 yards and 44 touchdowns from 2014 to 2018 and making three Pro Bowls.

A first-round draft pick out of Louisiana State University, Beckham was the NFL’s offensive rookie of the year in 2014 — a season highlighted by his acrobatic, one-handed catch against the Dallas Cowboys.

Beckham also played for the Cleveland Browns and Los Angeles Rams, with whom he won his first Super Bowl title earlier this year. He scored a touchdown in that game but tore the ACL in his left knee shortly afterward, marking the second consecutive season he suffered the injury.

Beckham is likely to sign soon with an NFL team for the remainder of the 2022 season, with the 7-4 Giants expected to meet with the star this week.

“Obviously he knows that we want him here,” Giants wide receiver Sterling Shepard, a close friend and former teammate of Beckham, told The News last week. “He would love to be here. But everything has to play out for that to happen.

The Buffalo Bills are also considered a contender to sign Beckham.