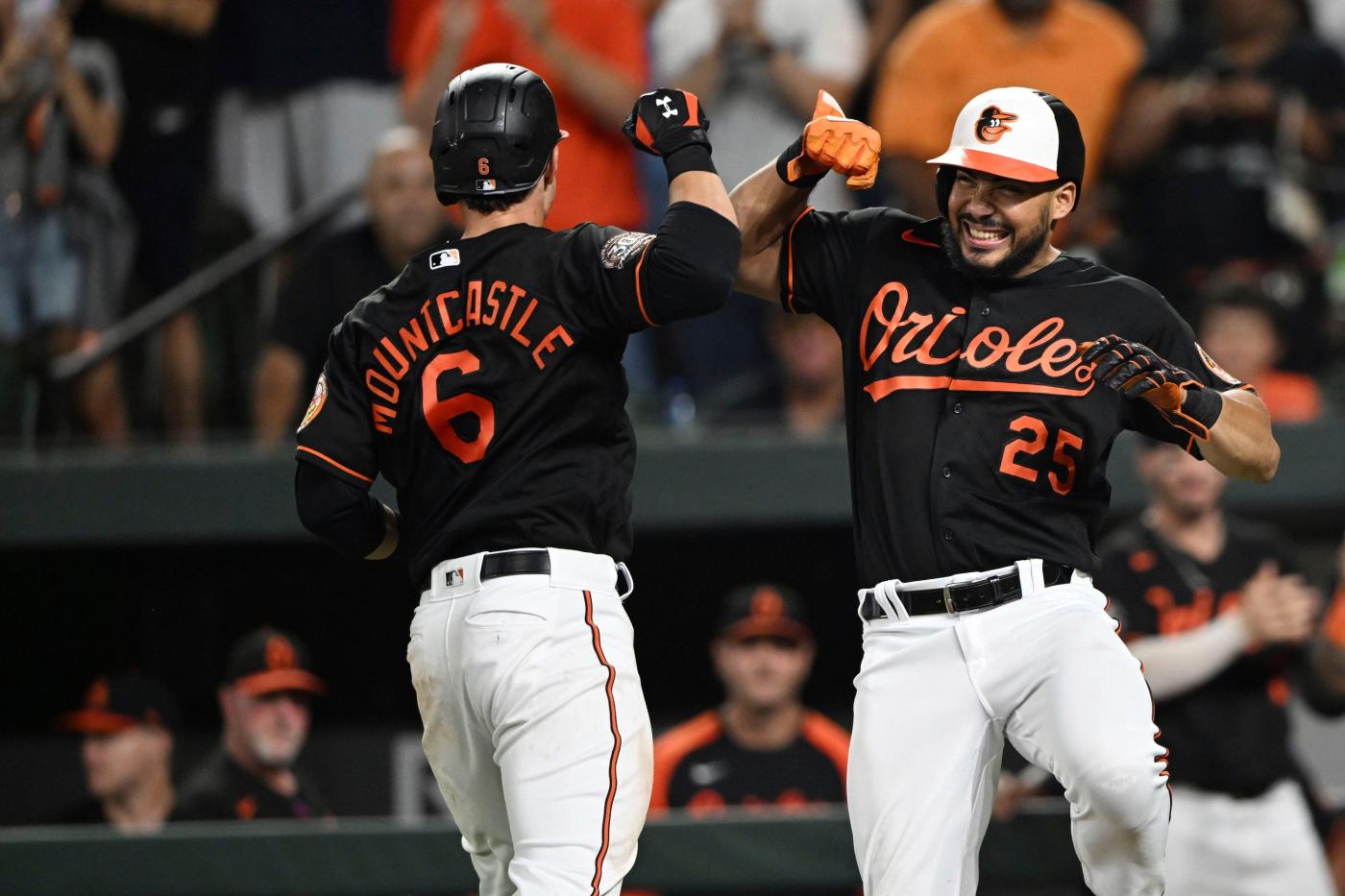 It was fireworks night at Camden Yards, and that moniker applied far before any postgame display.

The Orioles beat the Red Sox, 15-10, in a game that featured all of its offense from the top of the second inning through the top of the sixth. Baltimore scored at least three times in each of the second through fifth innings and finished with 11 extra-base hits, its most since Aug. 16, 2015.

“Man, you throw the cards out on this game,” said starting pitcher Jordan Lyles. “Like, this is a different one. This is nothing you plan for, nothing you expect. You sit back and watch, just be a fan. Unfortunately, I started this game, with the runs and hits and all that kind of stuff. But you just sit back afterwards, and I’ve been a part of this game long enough to realize, hey, we’re watching a little something special right now, something crazy.

“A little crazy every now and again, that’s OK.”

It was a welcome eruption from an Orioles (62-57) team that had struggled offensively of late, especially early in games. The victory began a stretch of 12 straight matchups with teams competing for playoff spots, moving Baltimore within 1 1/2 games of the Tampa Bay Rays for the American League’s third wild-card spot.

Five Orioles homered, with the first three preceding a smattering of fireworks launched from center field at Camden Yards. But the announced crowd of 33,136 was made to wait until after the game to see more, even after Ryan Mountcastle and Ramón Urías went deep to add to the Orioles’ lead.

“I thought our at-bats were the best they’ve been all year tonight,” manager Brandon Hyde said. “We didn’t play our best defense tonight and we didn’t have our best night of the mound, but offensively, it was great to see our guys do what they did.”

The scoring outburst began in the second, with Anthony Santander narrowly keeping his career-high 21st home run fair down the right field line. The two-run shot erased what had been a 4-3 lead for Boston (59-61), with two runs off Lyles in both the second and third sandwiching a three-run home run from Jorge Mateo over Camden Yards’ left field wall that made it 3-2.

Kyle Stowers, promoted before the game to spark the Orioles’ lineup, scored on a sacrifice fly from Rougned Odor to close the Orioles’ half of the third. Lyles then worked the only scoreless frame in a span of nine half-innings, ending the top of the fourth with a strikeout on a low pitch to Boston shortstop Xander Bogaerts, who immediately tossed his bat and began arguing with home-plate umpire Todd Tichenor. Both Bogaerts and manager Alex Cora were ejected, adding to the night’s fireworks.

Even after the Orioles built their lead to 10-4 with home runs from rookie sensation Adley Rutschman and Mountcastle, the Red Sox capitalized on errors from Odor and Rutschman and a rough outing from Keegan Akin to score five times in the fifth.

“When they responded after we put up a four-spot in the bottom of the fourth,” Lyles said, “that’s when I knew you need to hold on to your seat and watch this.”

Baltimore answered with its own five-run frame. After Urías’ homer, Santander roped an automatic double to drive in two before scoring on a single by Mountcastle, who then came home when Austin Hays’ bouncer up the middle evaded the Red Sox’s infield for what was ruled a double.

“This is an offense that came in today with a lot of competitive energy,” Mateo said. “From the very first pitch, we were just ready to go out there and give our best effort, and thankfully, we were able to do that tonight.”

After Boston struck for its 10th run off Nick Vespi, Hyde turned to his key relievers, with Dillon Tate, Cionel Pérez and Félix Bautista keeping the Red Sox off the board over their 3 1/3 innings.

Fireworks went off when Bautista finished off the game.

“This game was different,” Lyles said. “This is once, twice in a 162-game season type of game. This was a crazy one.”

Rutschman continued his push for AL Rookie of the Year by finishing a triple shy of the cycle.

The catcher’s third-inning single preceded Santander’s go-ahead home run. His homer in the fourth was smoked to center field, while his double in the fifth contributed to Baltimore’s five-run inning.

He also helped Tate escape the sixth inning. When a ball got by Rutschman to the backstop, he quickly fielded the ricochet and threw out Reese McGuire trying to advance to second.

>> 2022 draft picks Trace Bright, Wyatt Cheney, Graham Firoved and Preston Johnson, as well as undrafted free agents Hayden Nierman and Trey Nordmann, made their professional debuts Friday in the FCL. The group of pitchers combined to allow two hits and one runs with nine strikeouts in 6 2/3 innings.

>> Among the night’s celebrations was Orioles assistant pitching coach Darren Holmes coming into the stands behind home plate to surprise his daughter, Courtney, after she got engaged in the middle of the third inning.