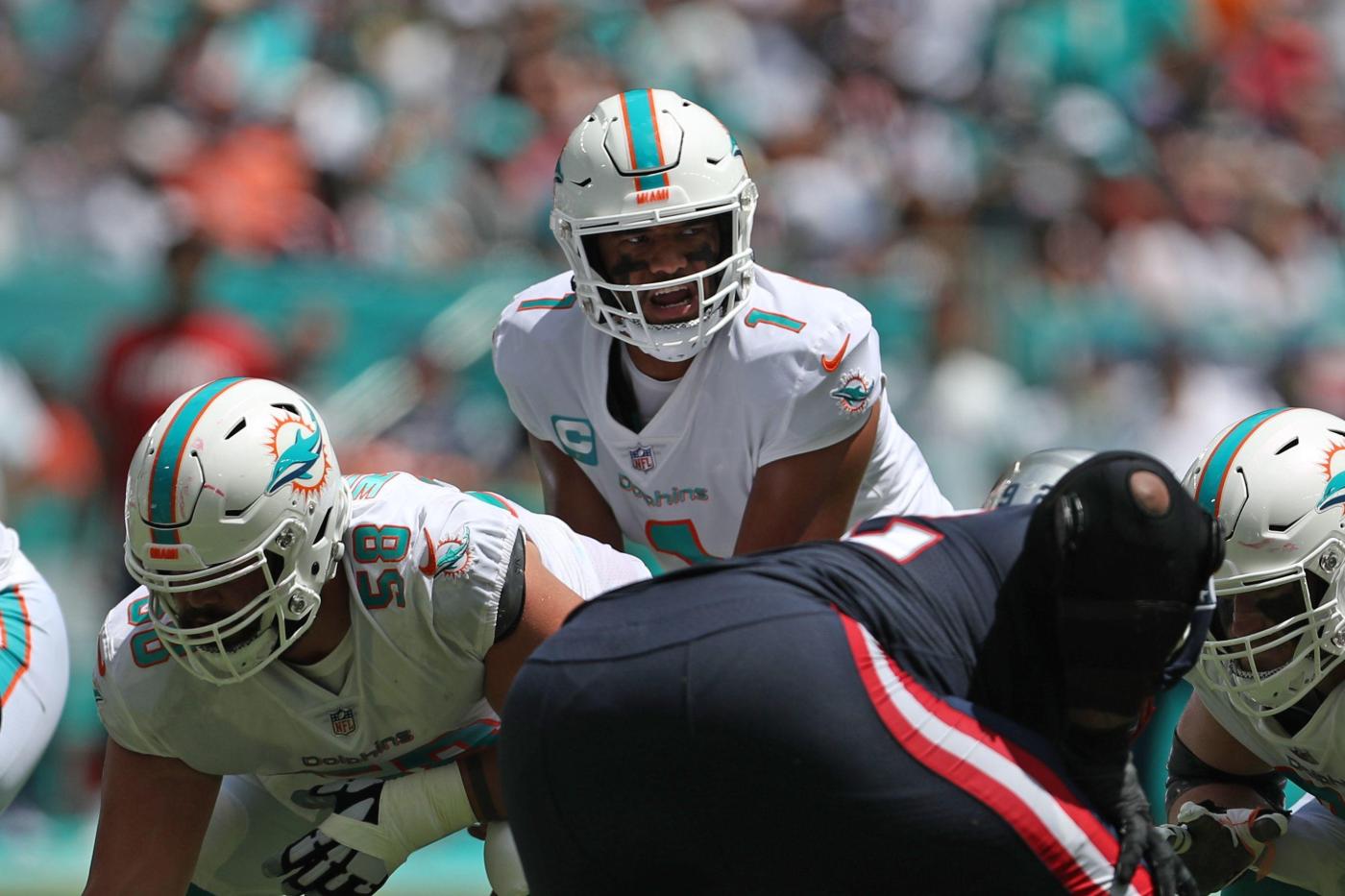 Q: I’m still not sold on the O-Line … especially seeing Austin Jackson/Greg little going down in Week 1. Do you see Miami upgrading their O-line? — @SlicerTimbo on Twitter

A: They’re always looking and always shopping, and there will be urgency if right tackle Austin Jackson’s apparent ankle injury is serious. But, yeah, the line remains a question mark, and as we saw against New England, teams will take advantage, both on the right edge and in the middle. Look for Baltimore to do the same. Left tackle Terron Armstead is a brick wall. But teams know they can attack everywhere else. Patriots linebacker Matthew Judon was more of a headache on pass rushes as the game wore on. Coach Mike McDaniel said Monday “you can’t take advantage of really good things by some players unless everyone is in concert.”

This offensive line needs time to find its strengths, and then you coach/game plan to those strengths. The obvious problem is it’s Week 2, and you’re still searching for those things your offensive line does well, and you’re staring at three tough games. For now, they need to figure out a way to play to this current offensive line’s strengths, both in the pass game and run game, which I’m sure coaches are doing. I could see a move for an upgrade if things don’t improve after the first month or so.

Q: This Dolphins D has historically had problems with mobile QBs. Do you think this staff can adjust their thinking? Or will they continue to be exploited by mobile QBs? — @JLinz13 on Twitter

A: You’re probably tired of hearing me talk about the defense already, but I have lots of belief in that group as a game-changing, play-making unit. I’m not saying they’re the best defense in the NFL. But these guys make plays. Period. They change games. So when you ask me whether they’ll have problems with a mobile quarterback I’ll tell you I think they can minimize the damage. Lamar Jackson can crush any defense. Yeah, they’ll have problems with him.

By the way, the Ravens lost left tackle Ja’Wuan James, the ex-Dolphins player, to a season-ending torn Achilles tendon, and cornerback Kyle Fuller to a season-ending torn ACL, so those absences will be felt. Still, I’m sure the Ravens’ offensive line, which was manhandled by the Dolphins’ front seven last year, will be breathing fire. But I think defensive coordinator Josh Boyer and his players are continuously learning and getting better. I think they’ll play winning football Sunday.

A: Coach McDaniel said Monday he thought Mike Gesicki, who ended with one reception for one yard in 25 snaps (42%), would be more involved. Sometimes games evolve in ways you didn’t foresee. Is there a place for Gesicki in this offense? We’ll see.

But unless he learns to block better it won’t be a major role. I’m guessing teams will call the Dolphins about Gesicki’s trade availability as the season wears on and injuries mount. By the way, tight end Cethan Carter is in concussion protocol. If he misses any length of time it’ll be interesting to see whether the Dolphins acquire a blocking tight end.