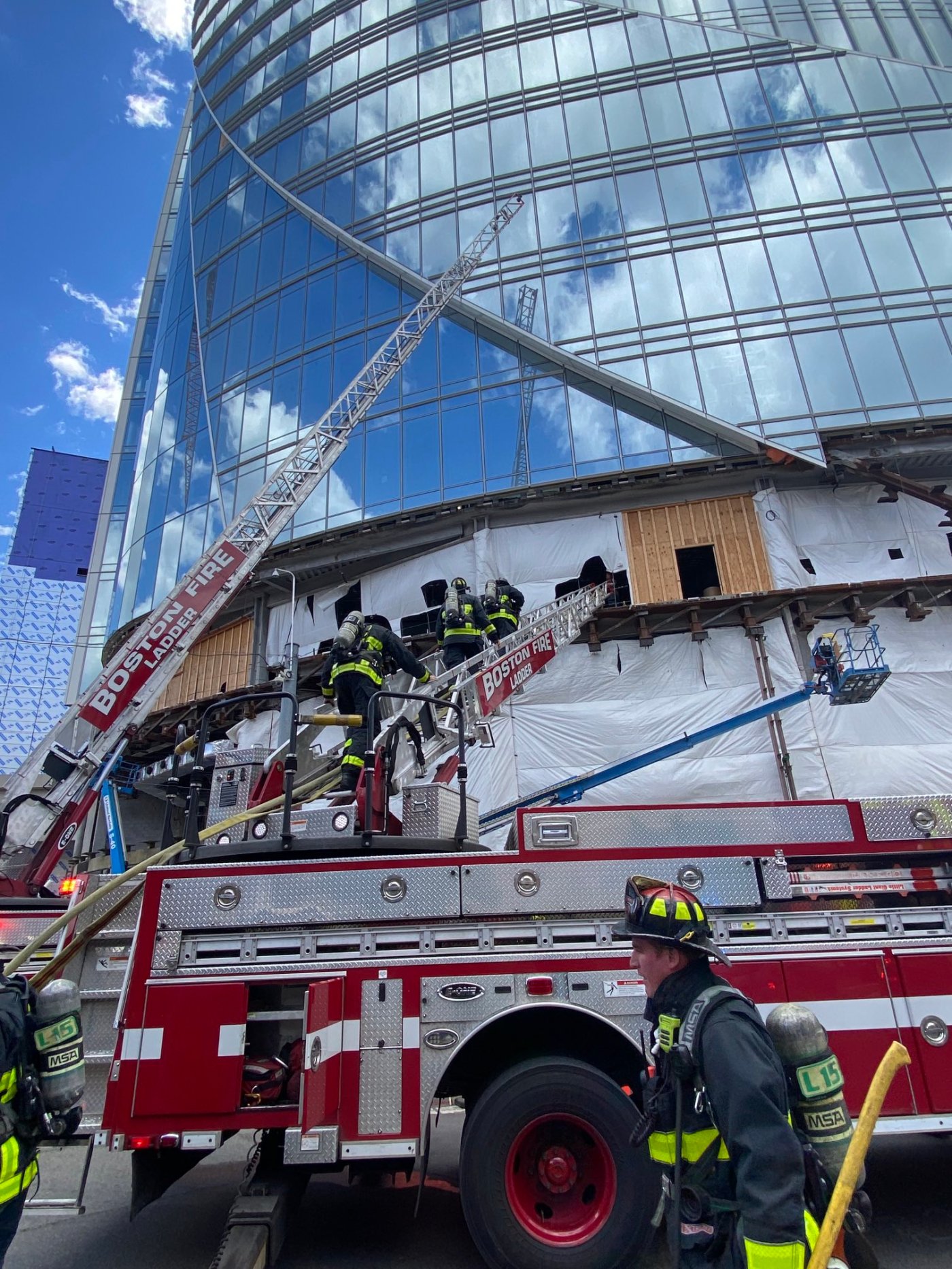 Fire broke out at One Congress Street, the high-rise building being erected near the Government Center Garage, at around noon and escalated to a 4-alarm fire roughly an hour later.

“Companies are chasing the fire on multiple floors in the high rise building. The fire is traveling thru the duct work and shafts,” the Boston Fire Department tweeted at 12:50 p.m.

The Herald couldn’t immediately reach the Fire Department by phone for more information as they battle the blaze, but emergency transmissions do suggest that firefighters are “opening up walls” on floors eight and nine.

“Companies have to open up the walls to reach the fire. They are using saws to cut open the duct work,” the Department tweeted at 1:18 p.m. “The command staff have been rotating members to rehab to keep them from overheating in the warm weather.”

Temperatures are in the high 80s in downtown Boston right now.

A Boston Police Department spokesman said that officers are also on the ground directing traffic.

Another fire tore through the 20th floor of the 43-story tower just last month, on June 24. Firefighters had to fight through “pretty bad smoke” from the 18th floor upward as the fire blazed its way up to the 21st floor, a Fire Department spokeswoman said then.

The area has been the focus of several disturbances during demolition of the nearby Government Center Parking Garage — and even one death — this year.