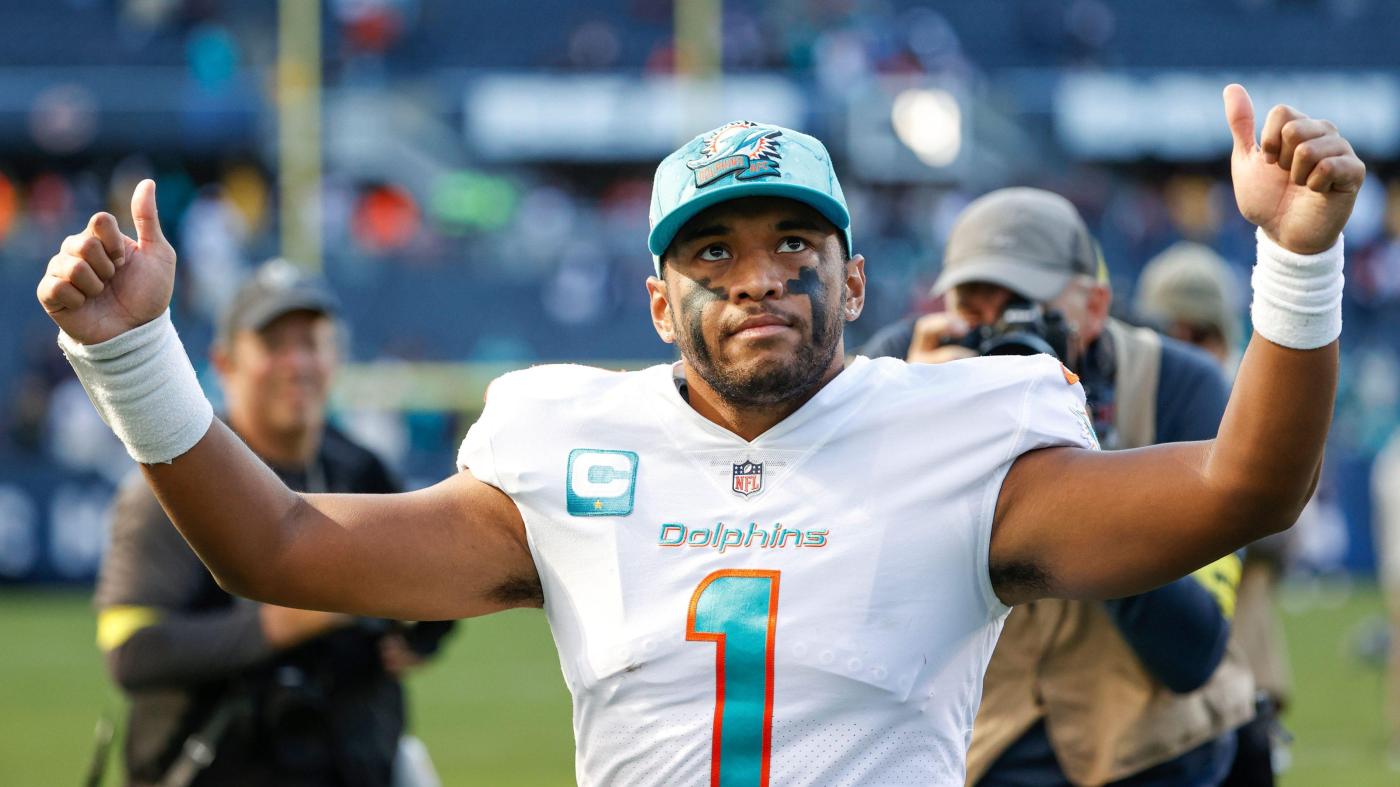 When I first read the quote last week, my eyes spun. I read it again to make sure there weren’t any hidden denials, qualifiers or misprints.

A headliner, right? Even better, evidence of a changed mindset from the previous two decades when Dolphins teams were actually afraid of talking like that or would have been laughed off the stage for doing so.

No one laughed Wednesday when Tua was asked again about the Super Bowl possibility.

“Like I said prior to that, it’s the confidence and the things that we’ve seen throughout OTAs and the build up of that to training camp, being able to kind of build off of that towards the beginning of the season and kind of to where we’re at at this point,” he said. “We can always continue to get better with things.

“But yeah, I mean, why shy away from that? We’re not afraid to talk about that here.”

How much more can half a season change the view? The Dolphins are 6-3, they’re a half-game behind Buffalo from the AFC East lead, their big questions of the new coach and same quarterback are coming up aces and if they’re not the surprise of the league they’re on the short list. Now this.

OK, it isn’t exactly LeBron James saying, “Not one, not two, not three …” upon joining the Heat. But this is next-step stuff for the Dolphins.

For the past two decades, they’ve been the franchise defined by one coach, Joe Philbin, saying he felt “queasy” playing aggressively on offense or another coach, Cam Cameron, promising to, “fail forward fast.” They had one owner, H. Wayne Huizenga, lament his sports decisions compared to his business decisions and the current owner, Steve Ross, offer his coach money (joking or not) to lose more games.

Now there’s Tagovailoa matter-of-factly stating the higher arc of their sights. Is it too soon? There will be no throwing these words back at him if the season falters, no sarcastic riff if they don’t actually make the Super Bowl. The window is open for a couple of years with this roster, too.

Which leads to this: Is the Super Bowl on the table now? A half-dozen teams in the AFC can think so right now. The mistake is thinking the teams of the first half will be the same of the second half. They won’t be. They’ll change. The best ones will keep improving.

The Dolphins need to keep spreading their wings offensively and clean up some significant issues: The minus-3 turnover margin, the fifth ranking in penalties, the regular special-team gaffes and the ranking 24th defensively in points allowed. Those aren’t numbers for dreaming big.

There’s a real question of whether this defense travels. They’re surrendering double the points on the road (34.2 per game) as at home (17). Their next two games are home. Will the defense find its footing?

There’s no predicting, just as there wasn’t predicting the AFC East as the toughest division in football. Every team has a winning record, even those without offenses like the New York Jets and New England Patriots.

What would throw the division into a free-for-all is if Buffalo quarterback Josh Allen suffered a serious elbow injury last Sunday. He’s listed as day-to-day right now. With him, the Bills are the cream of the AFC with the Kansas City Chiefs.

Without him this Sunday, Buffalo could lose to the Minnesota Vikings and watch the Dolphins step to the top of the division. That’s where this season stands after nine games that changed the view and the vocabulary to include the Super Bowl.

“Why shy away from that? We’re not afraid to talk about that here.”

For years, such words would get a call to a coach’s office. Tony Sparano put a lid on talking. Brian Flores screwed the lid down. Mike McDaniel is new-age in ways that go beyond offensive schemes.

Some fans, no doubt, will mention some “jinx” in bring up the Super Bowl. This team hasn’t been to a Super Bowl in four decades. Mentioning it now will be a jinx?

Others will say talking doesn’t get the Dolphins anywhere. What it tells is a changed mindset after a good half-season. That’s worth something. For two decades, no one mentioned Super Bowl around the Dolphins unless the 1972 team had a reunion.

Now, as Tagovailoa says, it’s shimmering out there.