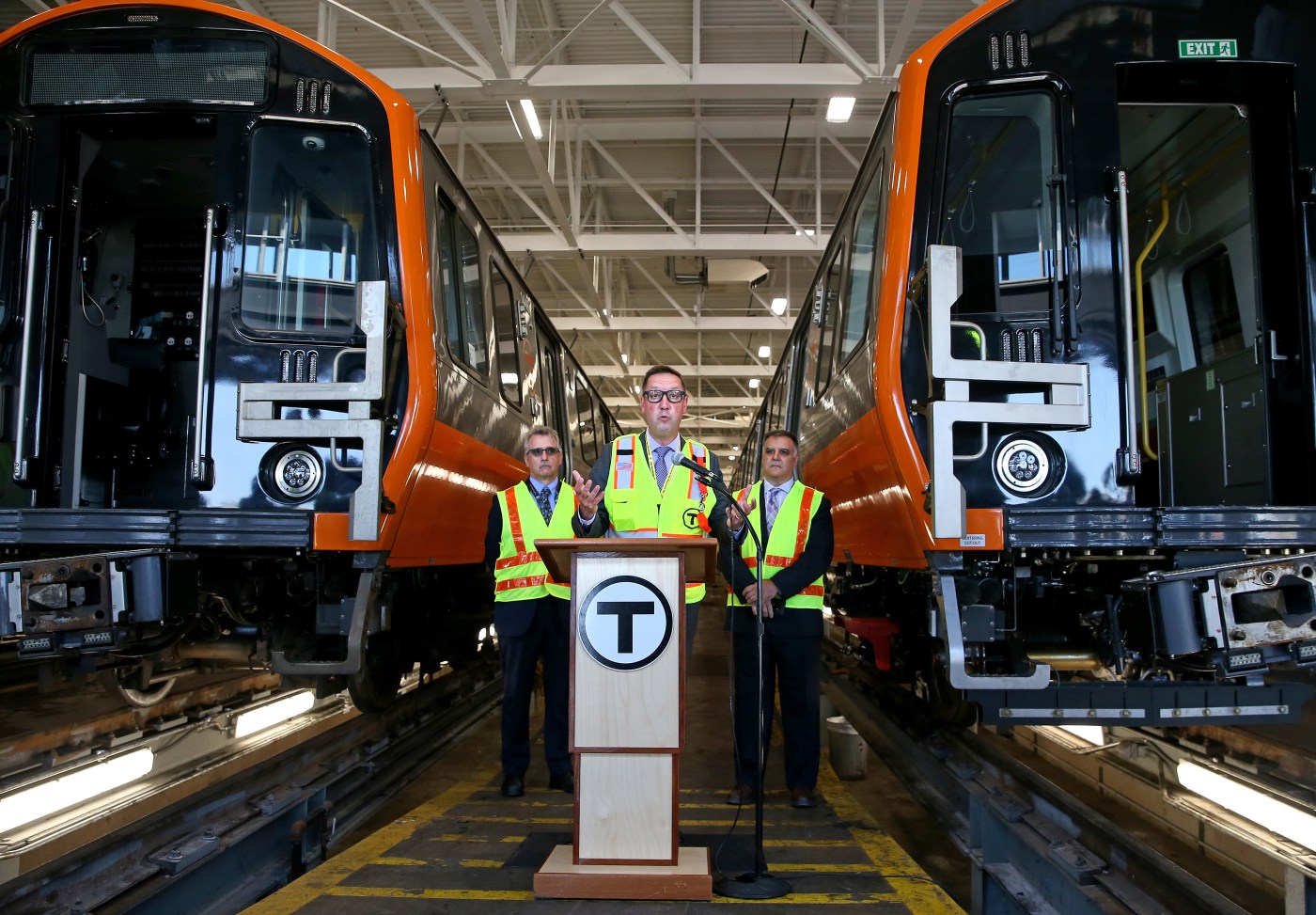 The MBTA has completed 66% of planned work during the Orange Line shutdown, and the remaining time to get the rest done is quickly running out.

“We have less than 10 days to go,” MBTA General Manager Steve Poftak said Friday morning at Wellington station in Medford. “We are making good progress. And again, we are confident that we will be reopening on the morning of Monday the 19th.”

As of 10 a.m., two-thirds of the work had been completed, which included 50% of rail replacement, 72% of “full depth” track replacement, 98% of special track work, and 55% of the so-called cologne eggs had been swapped out for new ones.

For context, Poftak said that means 7,000 feet of rail, 2,500 feet of full depth track, and 206 cologne eggs had been replaced, which allowed the MBTA to remove two of six targeted speed restrictions along the line — at Downtown Crossing and State Street, and Jackson Square.

Inclement weather led to some delays for roof work throughout the closure, but the major setbacks have been seen during the replacement of cologne eggs, which officials say optimize track performance by limiting vibrations.

“It’s not just pulling those eggs out and putting a new one in,” Poftak said. “You’ve got, in some cases, to physically chip the thing out and then you’ve got to rebuild the subsurface. And that’s why that one’s lagged a bit.”

Still, Poftak said he was confident the T would be able to hit its goal of replacing 400 of those eggs throughout the Orange Line.

Friday’s update was given in a garage housing new Orange Line cars, 60 of which are now available for service, which Poftak said will allow for 10 train sets to be running at times when the subway line reopens.

Prior to the shutdown, only 30 of the 152 cars ordered through an approximately $1 billion contract with Chinese-owned CRRC had been available.

The train cars, which are being assembled in Springfield, have been taken out of service several times for braking and battery issues, but Poftak said repairs, employee training, and a new vehicle acceptance process should prevent reoccurrence of those past problems.

Despite the traffic and safety issues seen on Thursday, the first day of school for public school students in Boston, Poftak said there are no plans to change the shuttle bus diversion route.

Poftak said the first day of school, coupled with a post-Labor Day surge of people on the roads, made for “challenging traffic conditions” that were exacerbated by “a couple of major incidents” and “events” in Boston.

Fifty percent of students were late to school on Thursday, the school district reported, which resulted in part from a crash in a bus yard that caused delays and longer shuttle bus trips.

“I would say (Thursday) was our most challenging day running that alternative service,” Poftak said. “End to end runs were anywhere from 45 minutes to 60 minutes.