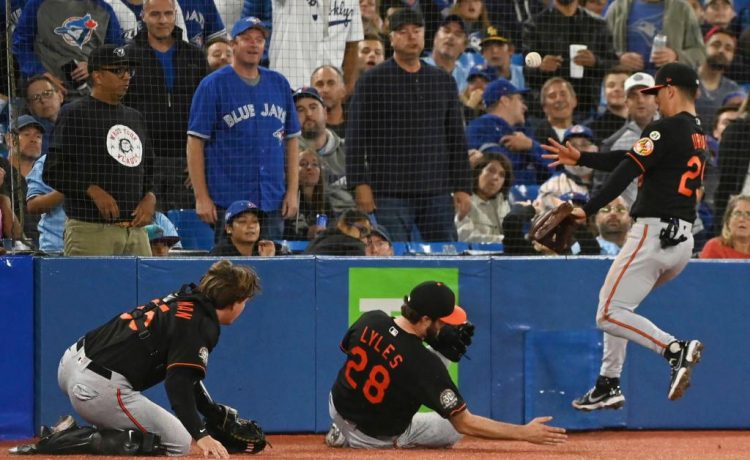 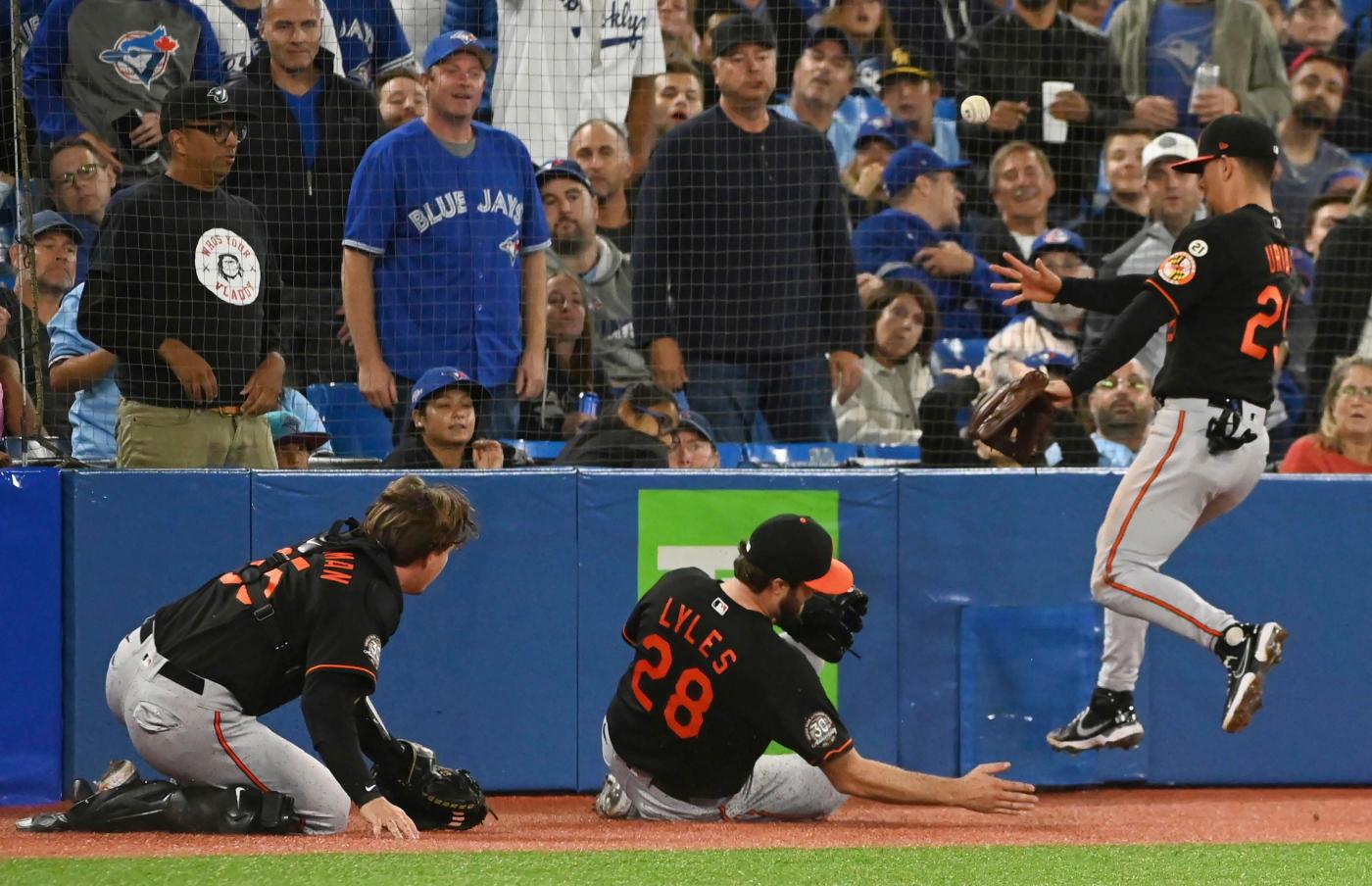 Jordan Lyles was one pitch away from getting out of the fifth inning unscathed. Instead, the full-count curveball left the bat of Toronto Blue Jays star George Springer in a hurry, sailed over the outfield fence and brought the Rogers Centre crowd to its feet, creating the kind of noise few Orioles players have experienced thus far in their careers.

That it was a go-ahead three-run homer had plenty to do with the surge of energy. But the implications attached to this series in Toronto had even more to do with it.

Here they are, the Blue Jays and the Orioles, battling for postseason positioning in mid-September. One team expected to be here; the other far more of a surprise. And the first game of this critical series Friday night went the way of Toronto, 6-3, moving it six games ahead of Baltimore (75-68) in the American League wild-card race.

The Orioles are five games behind the Tampa Bay Rays for the final wild-card spot. However, both the Seattle Mariners and Rays hold a tiebreaker over the Orioles based on their season series, adding more pressure on Baltimore the rest of the way.

“Guys are talented, they’re young,” Lyles said of his team. “I think the excitement in this building brings out the best in a lot of guys. I don’t think there’s too much to be said. I keep saying these guys are talented, and talent prevails at the end of the day.”

On Friday, however, the talent that prevailed was on the Blue Jays’ side. Toronto has won five of the last six meetings between the clubs.

“They’re a good opponent on that side, and I think us coming in, we have some guys immediately saying, ‘Let it go, we’ll get them tomorrow,’” outfielder Cedric Mullins said. “I think that mindset of not giving in to anything or any obstacles will come across as huge.”

Springer’s 422-foot blast was the major blow, ending Lyles’ evening with four runs allowed on five hits through five innings. Lyles had allowed a leadoff single to Matt Chapman and a walk to Raimel Tapia in the fifth before a lineout and strikeout left him on the verge of escaping with Baltimore’s lead intact.

The second and third time through the order, Lyles trusted his curveball more than any other pitch, finishing the game by throwing 26 of them. He noted how his movement was better than usual, with two extra inches of vertical break on average than his curveball generally displays, per Statcast.

But while Lyles said he didn’t mind the location of the final curveball to Springer — belt-high, on the outer third — the former Houston Astros star still hammered over the fence. The blast brought Springer’s OPS against the Orioles to .979 in his career — the second highest against any team in which he has at least 100 plate appearances.

“Good hitter put a good swing on it,” Lyles said. “Maybe I could’ve went back inside hard, but then at that point you’re just second-guessing yourself. More credit to George.”

The Orioles fell further behind when Chapman crushed the second homer of his night off right-hander Joey Krehbiel to drive in two more. The third baseman had gone deep off Lyles in the second inning, with another full-count pitch coming back to haunt the veteran left-hander.

But the Orioles’ pitching staff had little room to maneuver, not with an offense that was limited to five hits during the Blue Jays’ bullpen game. Mullins broke through in the fourth, becoming Baltimore’s first base runner with a triple into the right-center field gap off left-hander Yusei Kikuchi. Then rookie catcher Adley Rutschman hit a line-drive homer for his first long ball as a right-handed hitter this season.

But that breakthrough against Kikuchi was short-lived; the Blue Jays retired the next 11 Orioles in order before rookie Gunnar Henderson’s seventh-inning single. And while Austin Hays and Jorge Mateo reached base in the eighth, Baltimore didn’t capitalize.

Henderson found a way to momentarily quell the noise inside Rogers Centre with two outs in the ninth inning, hitting a solo homer of his own the opposite way.

“I just love the way Gunnar uses the whole field,” manager Brandon Hyde said. “We don’t do enough of that, honestly.”

And Baltimore especially didn’t do enough of it Friday. The noise picked up a moment later as the Blue Jays took care of business in the first game of a critical weekend series full of playoff implications.

“We’ve got what we want in front of us,” Lyles said. “This is just one loss. The end of the season’s upon us, and each game means just that much more, but we have a chance to win the series.”