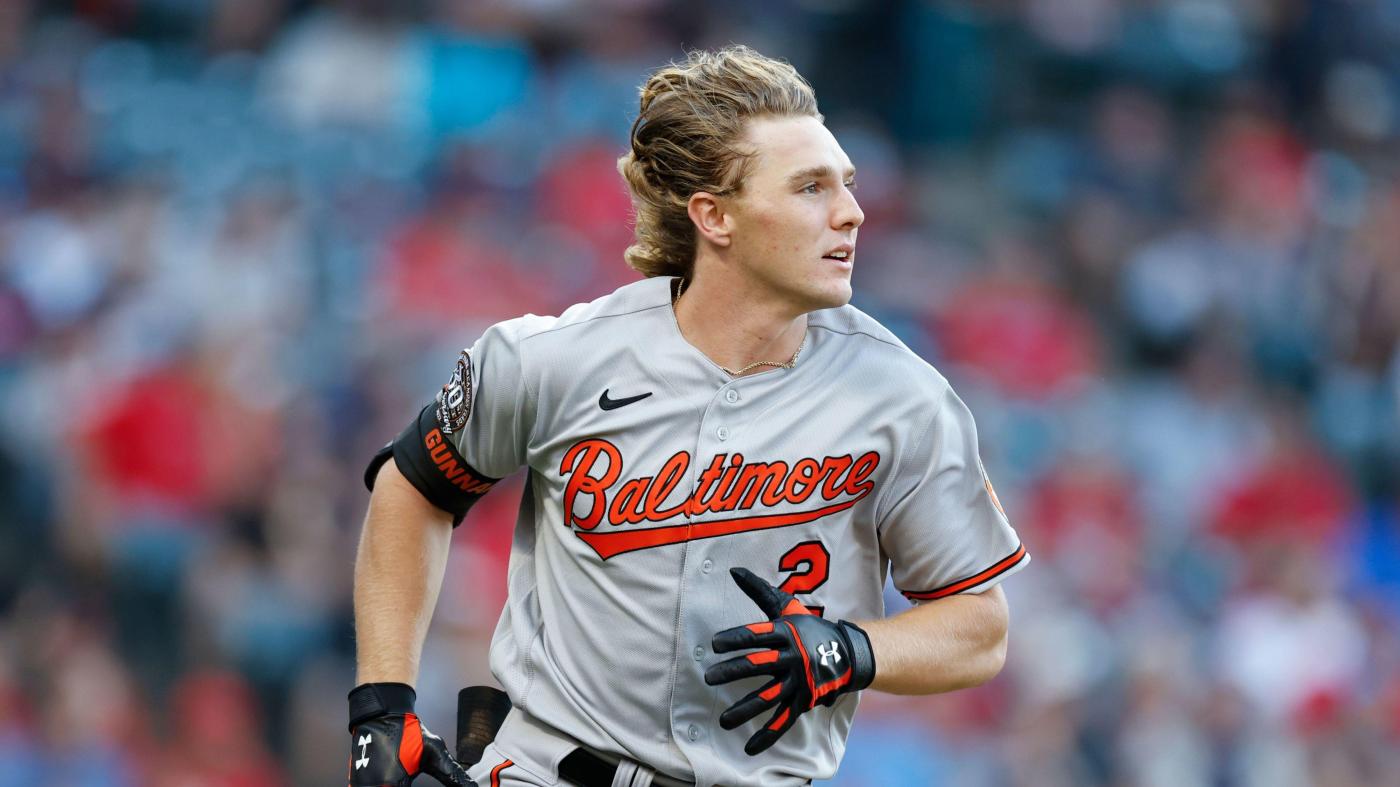 The 2019 draft represented arguably the most important step the Orioles’ rebuild took in Mike Elias’ first year as the franchise’s executive vice president and general manager. It’s continued to pay off mightily.

A year after Baseball America ranked catcher Adley Rutschman — the first overall pick in 2019 — as the sport’s No. 1 prospect in its official preseason list, the publication deemed Gunnar Henderson, an infielder Baltimore took in the draft’s second round, worthy of that status. The distinction makes the Orioles the first team to have consecutive No. 1 overall prospects from the same draft class since the publication began its rankings in 1990. Baltimore has a league-high eight of Baseball America’s top 100 prospects, with 2019 fourth-rounder Joey Ortiz among those also making the cut.

“I can’t imagine a better outcome so far for the 2019 draft,” Elias said in September.

Rutschman and Henderson are only the second pair of players from the same organization to be Baseball America’s top-ranked prospects in back-to-back preseason lists, joining St. Louis Cardinals prospects J.D. Drew and Rick Ankiel in 1999 and 2000, respectively; St. Louis drafted Ankiel in 1997 and used its first-round pick on Drew the following year. Four other times, a team has had the same player ranked No. 1 overall in consecutive years, but Rutschman’s May promotion prevented him from a second straight honor. Henderson made his major league debut Aug. 31, late enough in the year that he retains prospect eligibility.

The 21-year-old enters the 2023 season as a favorite to be the American League Rookie of the Year, an award which Rutschman was the runner-up for in 2022. Henderson began last season as Baseball America’s No. 57 prospect, then dominated with Double-A Bowie and Triple-A Norfolk as arguably the minor leagues’ best hitter. While never taking an at-bat against a pitcher younger than him, Henderson hit .297 with a .946 OPS, 19 home runs and 22 steals. In his major league debut, he homered for his first career hit, launching three more while hitting .259/.348/.440 in 34 games for Baltimore. Alongside Rutschman, Henderson figures to occupy a place near the top of the Orioles’ 2023 lineup, playing shortstop and third base.

They won’t be alone among young players making an impact in Baltimore, with the rest of Baseball America’s top 100 list as evidence. Right-hander Grayson Rodriguez narrowly fell from his status as the game’s top pitching prospect, ranked sixth overall and one spot behind Philadelphia Phillies prospect Andrew Painter. A right lat muscle strain in June prevented Rodriguez from making his debut last year, but the 23-year-old is well-positioned for a rotation spot entering spring training. Left-hander DL Hall, the No. 75 prospect, will also arrive at camp contending for a role on Baltimore’s pitching staff.

The Orioles’ only top 100 prospect who is unlikely to make an impact in the majors in 2023 is shortstop Jackson Holliday, the first overall pick in the 2022 draft. Ranked the sport’s No. 15 prospect ahead of his first full season, Holliday hit .297 and walked more than twice as often as he struck out in 20 games between the Florida Complex League and Low-A Delmarva after he was drafted. He turned 19 last month.

Each of Baltimore’s first-round picks from 2017 to 2022 are ranked among the top 100 prospects except Rutschman, who is no longer eligible, and outfielder Heston Kjerstad, who missed two years after he was taken with 2020′s No. 2 pick because of the heart condition myocarditis and a severe left hamstring strain. Kjerstad was named MVP of the Arizona Fall League after hitting .309 with an .851 OPS in the regular season between Low-A and High-A, but Baseball America did not rank the 23-year-old among Baltimore’s top 10 prospects.