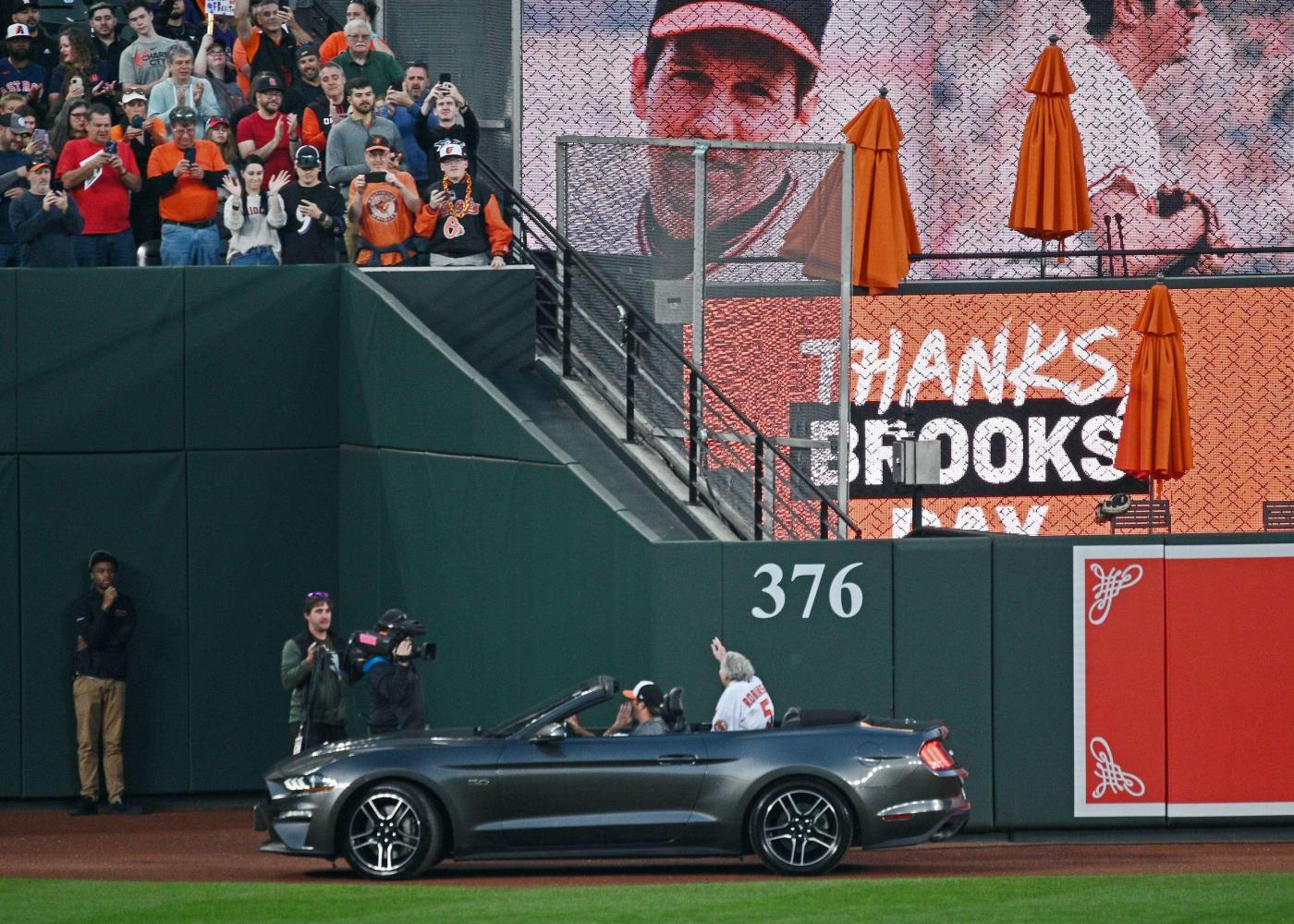 There won’t be any second-guessing the pitch selection. Only the location. Félix Bautista, who has been a stout closer for the Orioles this season, was one strike away from sealing a fourth victory for Baltimore. With Kyle Tucker at the plate, Bautista hurled his splitter — a pitch that ranks among the best in baseball.

But Bautista, throwing his season-high 33rd pitch, left that splitter too high in the strike zone, and Tucker lashed it into right field to end Bautista’s evening with a gut-punch in an eventual 11-10 loss.

With the way Orioles starting pitchers had performed the past three games, the bullpen was well rested. Bautista was the only reliever to record an out during Baltimore’s three-game winning streak, which included complete games from Jordan Lyles and Dean Kremer and 8 2/3 innings from Kyle Bradish. Yet when Bautista and the rest of the bullpen appeared, they buckled in big moments, rendering one of the top offensive showings of the season moot and pushing the Orioles (79-72) four games behind the Seattle Mariners for the final American League wild-card spot.

Anthony Santander blasted two home runs. Cedric Mullins hit one. Rougned Odor opened the ninth inning with a solo shot, giving the Orioles a lifeline. But all those firework-inducing moments went by the wayside to a bullpen that gave up nine runs behind a four-inning start from right-hander Mike Baumann.

Baumann started in place of Tyler Wells, who is likely done for the season after landing on the 15-day injured list with right shoulder inflammation. His four innings were solid, though he allowed a two-run homer to José Altuve on a 3-0 count. But after mainly featuring out of the bullpen this season, that was Baumann’s leash, as he handed the reins over to a relief corps that has been seldom used of late.

They faltered immediately, and again late.

The Orioles notched five runs in an inning for the second straight game against the Astros, taking advantage of an error from shortstop Jeremy Peña to load the bases. Odor’s second hit against Houston this series led to the same result: a two-run single. Mullins’ two-run homer and Santander’s first solo shot were enough to level the game at six.

Then Ryan Mountcastle poked an RBI through the right side for a momentary lead, knocking Framber Valdez out of the game and breaking the Astros left-hander’s streak of 25 quality starts. Baltimore failed to capitalize in the seventh with bases loaded and no outs, only adding pressure on a bullpen that has relaxed of late.

The bullpen hadn’t been asked to record more than one out over the previous three games, but with its first major responsibility since Lyles’ complete game against the Detroit Tigers, it faltered straight away. Right-hander Joey Krehbiel entered in place of Baumann for the fifth inning, then loaded the bases with one out. With one swing, Peña unloaded them, driving in two runners with a double into the left-center gap.

And in his first action in four days, left-hander Cionel Pérez immediately gave up a single to Yordan Álvarez. Pérez has been infrequently used of late, with Baltimore needing a high-leverage, late-inning arm just twice since Sept. 14.

Even Bautista, the lone reliever to appear in the previous three games, wavered. He inherited a runner from right-hander Dillon Tate in the eighth, preparing for a five-out save. But Yuli Gurriel lofted a double down the left field line to tie the game, leading to Santander’s dramatic two-run shot that looked to be the game-winner.

But Bautista then loaded the bases in the ninth inning, allowed a run to score on a groundout, then gave up a game-tying double to Kyle Tucker for his second blown save this season. And right-hander Jake Reed, in relief of Bautista, allowed the inherited runners to score to doom Baltimore to a loss.

Forty-five years ago, Brooks Robinson rode around the warning track of Memorial Stadium in an open-top Cadillac, waving to Orioles fans celebrating his illustrious career — a career that included 16 Gold Glove Awards, two World Series titles and a place in the Hall of Fame.

On Saturday, there was Robinson again. This time, the 85-year-old sat rather than stood as he rode in a convertible Ford around Camden Yards. But the sentiments, from him and expressed by those looking on, remained the same. Robinson stopped to talk with Astros manager Dusty Baker and third baseman Alex Bregman, then left the vehicle to join the Orioles around the pitcher’s mound.

They presented Robinson with a signed base, then Robinson threw the ceremonial first pitch to Gunnar Henderson. The ball didn’t have the zip Robinson once displayed when firing across the diamond, but it reached the 21-year-old on a few hops to the delight of those watching.

Robinson’s name transcends Baltimore and has weight throughout MLB, but he’s a distinctly Baltimore character. When Brandon Hyde was hired, Robinson was in the manager’s office to greet him. Then he sat in the first row of the introductory press conference along with Hyde’s family, proving immediately that no matter how many years removed Robinson is from playing, he’ll always be an Oriole.

“He was so nice to me and my family,” Hyde said. “This legend, how open he was, how friendly and welcoming, I’ll always remember that.”