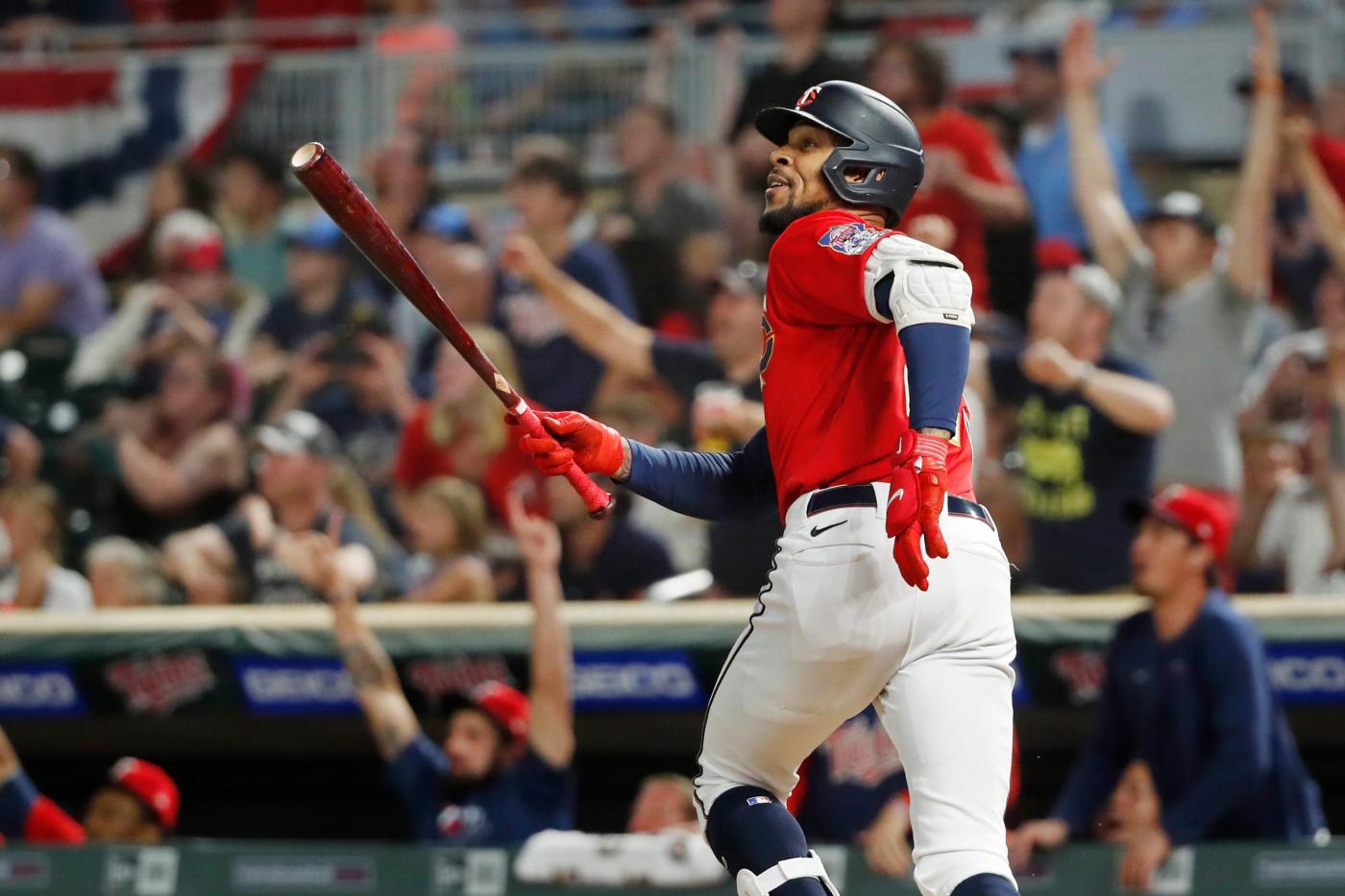 Jorge López’s dominance as the Orioles’ closer through June was evidenced by his minuscule ERA, his unwillingness to surrender home runs and the fact no reliever had been more reliable in late-game, multi-inning situations.

But perhaps the best example of López’s effectiveness in the ninth inning was Baltimore’s record with a lead entering that frame: 29-0.

On the first day of July, it became 29-1. López surrendered Byron Buxton’s walk-off, two-run home run to give the Minnesota Twins a 3-2 victory Friday to open Baltimore’s series at Target Field.

“Well, he’s not gonna be perfect,” said Orioles manager Brandon Hyde, who was ejected in the third inning. “He’s been close to that so far this year.

“We just haven’t lost many leads. These things happen to good teams with premier closers. Once in a while, you give it up, and we did to a really good player tonight.”

López took the mound Friday with the Orioles (35-43) having retired 21 straight Minnesota batters, and his recent work gave little reason to consider he couldn’t continue the streak. He hadn’t given up an earned run in 15 outings, a stretch of 18 innings. He was one of three pitchers yet to allow a home run among those who worked at least 35 innings, and he held the second-lowest ERA of any pitcher who crossed that threshold. That 0.73 ERA was the lowest by an Oriole through 32 outings since the franchise moved to Baltimore in 1954.

But Friday, Minnesota leadoff man Luis Arraez, who leads the league in batting average, worked a nine-pitch at-bat to open the frame, singling up the middle for the first hit since a run-scoring single in the first. Then came Buxton, one of the game’s most impactful players when healthy. A 1-2 slider from López stayed over the plate, and Buxton sent it out to left field. Hyde said it was a pitch many other hitters might have hit on the ground for a double play.

“The team doesn’t deserve this,” López said. “I feel I let them down.”

He’s so frequently done the opposite. He leads the majors in saves of four or more outs, with his six already tied for the Orioles’ most since 2007. After spending last season as a middling starter, he’s become a relief weapon with an upper-90s sinker. Before the game, Hyde declared López “hands down” deserves to be an All-Star, and Friday’s outing should do little to change that.

“We have every bit of faith in that guy every time he goes out,” starter Spenser Watkins said. “We got our trust in him every time he grabs the ball.”

López hopes the next time is soon.

An injury to the hand of one of the Orioles’ core offensive pieces created an opportunity for Ryan McKenna. He showed off his arm, glove and legs.

With Trey Mancini continuing to nurse a right hand injury first suffered more than two weeks ago, McKenna drew the start in left field and ended Watkins’ long bottom of the first by throwing a runner out at the plate. The Orioles’ pitching staff didn’t allow another baserunner until López’s ninth, with McKenna contributing a diving catch to that effort. He began the eighth with a double, eventually scoring the go-ahead run.

“Mac’s been hanging in there,” Hyde said. “Mac’s been grinding. Nice to see him contribute today.”

It’s been a second straight year of sporadic major league starts for McKenna, a 25-year-old who once ranked among Baltimore’s top prospects. His speed and defensive ability make him an ideal fourth outfielder, but he entered Friday with a .597 OPS while striking out in nearly 40% of his plate appearances, including each of his four in his most recent start Saturday. Still, with Mancini’s absence, Hyde gave Anthony Santander a night at designated hitter and put McKenna in the field. He was rewarded with the diving play and McKenna’s fourth assist, which made him the third Oriole with that many; no other American League team entered Friday with multiple outfielders with at least four assists.

After working five scoreless innings in his return to the Orioles’ rotation last week, Watkins bookended the one-run first with another five shutout frames, retiring the final 15 Twins he faced. McKenna’s diving catch to begin the sixth was the 13th of those outs. Cionel Pérez extended the streak to 18, then McKenna opened the eighth with a double.

Mancini said before the game he would be available to pinch-hit in a big spot, and he indeed was, working a long at-bat that ended in a grounder to second that advanced McKenna to third. With Minnesota playing the infield in, McKenna dashed home on Jorge Mateo’s grounder to second base, but Jorge Polanco’s wild throw allowed him to score easily and give Baltimore a 2-1 lead.

“Just keep learning,” McKenna said. “It’s a process. Obviously, it’s all about winning at this level and trying to learn, watch, observe and take away anything I can to achieve that goal for us on a daily basis.”

Pérez and Félix Bautista combined for a clean eighth before López lost the game in the ninth.

Mancini was out of Tuesday’s lineup after he recently received a cortisone injection in his right hand for a bone growth known as a carpal boss.

Mancini missed three games last month after taking a pitch to the hand on a swing attempt in Toronto. Before Friday’s pinch-hit appearance, he had hits in nine of 10 games since returning, including each of the past eight, with six of his 10 hits going for extra bases. Now hitting .222 in that span, Mancini said before the game he planned to be in Saturday’s lineup.

“It’s nothing that I think about when I’m up at the plate,” Mancini said. “But it’s kind of got to the point where it wasn’t getting too much better. It’s been more of an annoyance than anything. Maybe I’m cutting off my swing maybe a tiny bit because of it, but I’d say I’m sacrificing today just to hopefully from here on out not have it be an issue any longer.”

Mancini said he was unsure whether the pitch caused the growth or simply aggravated something that already existed. He also took a pitch to his left hand Saturday in Chicago, though that hand has no issues, he said.

>> Infielder Ramón Urías, on the injured list with a left oblique strain, is expected to begin a rehab assignment with Double-A Bowie as soon as Saturday.

>> Right-hander Kyle Bradish, out with right shoulder inflammation, threw a flat-ground session Friday and is expected to throw a bullpen in the coming days.

>> The first phase of fan voting for starters in this month’s MLB All-Star Game at Dodger Stadium in Los Angeles ended Thursday. Mancini finished eighth among American League designated hitters, while Urías was 10th among AL third basemen. No other Orioles infielders finished among the top 10 at their position, while no Baltimore outfielders were among that group’s top 20 vote recipients. The top six outfielders and two at all other positions advanced as finalists.

>> Infielder Coby Mayo, the Orioles’ No. 5 prospect according to Baseball America, exited Double-A Bowie’s game with back spasms, according to a source with knowledge of the injury, which MASNSports.com first reported.