Todays Though > News > Orioles extend winning streak to 9, longest since 1999, and reach .500 with 4-2 come-from-behind win over Cubs – Boston Herald
News

Orioles extend winning streak to 9, longest since 1999, and reach .500 with 4-2 come-from-behind win over Cubs – Boston Herald 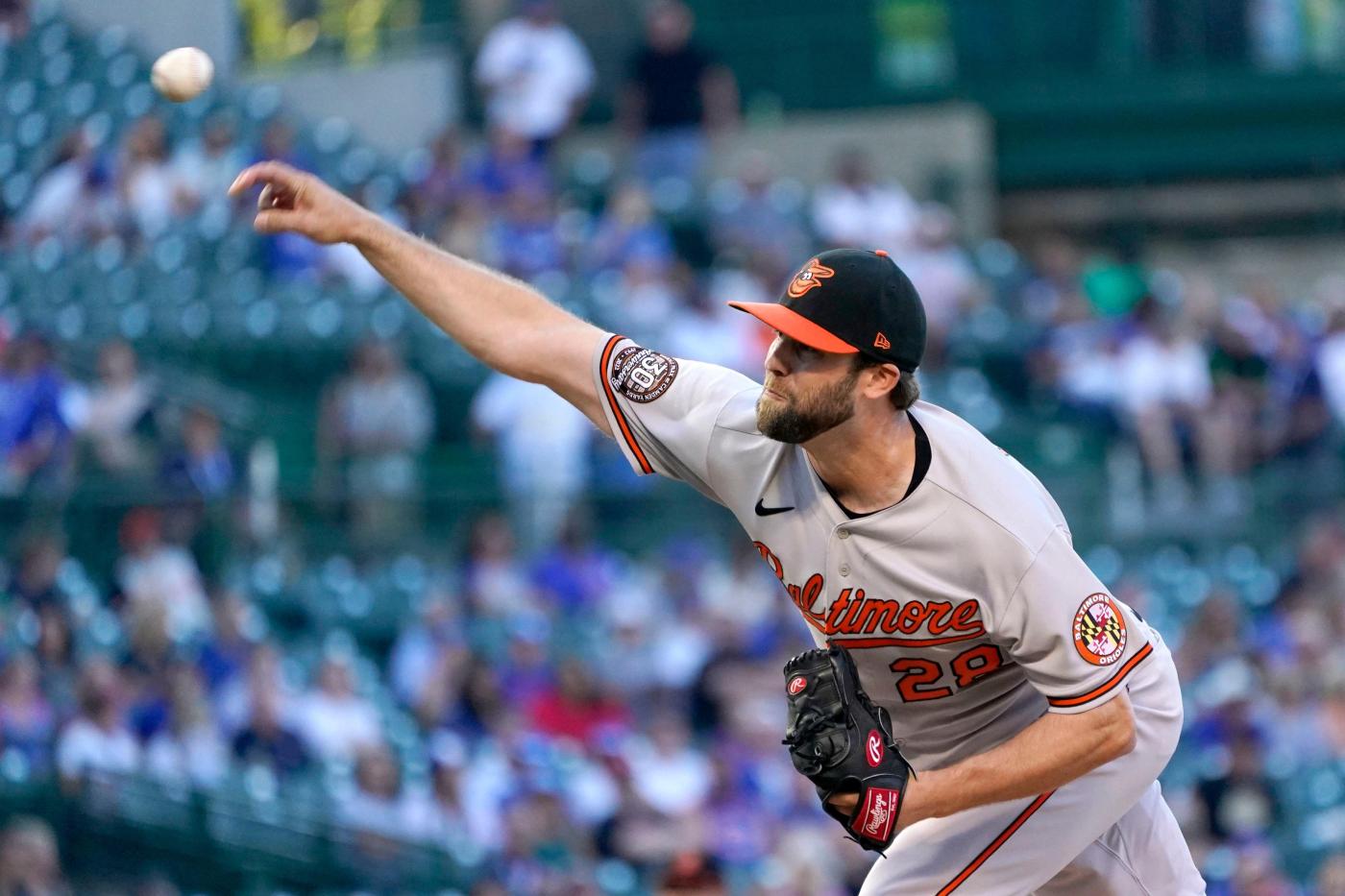 For a winning streak such as this to be sustained, plays such as these must be made. With the Cubs threatening with a runner on third and one out in a one-run game Tuesday, right-hander Jordan Lyles produced a high-wire act to escape unscathed.

When a liner leaped off Nico Hoerner’s bat in the sixth inning, third baseman Ramón Urías snared it before it touched the dirt, then trotted to third to double off Seiya Suzuki, who broke toward the plate on contact.

That effort — the fortunate placement of Urías and a ball hit just right — played a major role in another Orioles win. With the 4-2 victory at Wrigley Field over the Cubs, Baltimore has won nine straight games for the first time since 13 consecutive victories in September 1999. And with that victory, the Orioles (44-44) have reached .500 with more than 50 games played in a season for the first time since 2017.

There needs to be fortune — as well as skill — to compile a winning streak of that magnitude. The skill came at the plate, with a go-ahead home run from Urías a part of his three-hit night and an insurance blast from shortstop Jorge Mateo providing a major burst. It came on the mound, with Lyles allowing two early runs before clawing through seven innings on 101 pitches.

“It’s really fun,” Lyles said. “Obviously, winning is a lot of fun. Success brings confidence. And this is getting these guys a lot of confidence going forward to finish up the first half, go into the second half and into 2023.”

The fortune came at other points, too, with the balk that moved Cedric Mullins into scoring position in the third inning and Lyles pitching around base runners all night. But that was a vintage Lyles display, with his only 1-2-3 inning occurring in his final frame.

He didn’t need to worry about the traffic on the bases, however, after a run scored in each of the first two innings off Lyles. Following those scores, Lyles surpassed six innings for the fifth straight start, and he finished his evening at 105 innings this year — the first Orioles pitcher by far to reach triple digits.

Lyles is well on his way to a second straight season with 180 innings under his belt. That’s how he views his role, scratching out innings to preserve the bullpen. And he’s been doing it with aplomb of late, allowing a combined four runs in his three most recent starts.

“There was a lot of action every inning, except the seventh,” Lyles said. “A lot of hits early. … We came up with some decent double plays.”

Lyles can be an oft-overlooked trade deadline candidate for a contender. The 31-year-old has a team option for the 2023 season, and with an ERA that has dropped to 4.37 behind his recent form and an ability to chew innings, there could be a market for him.

But then again, as the Orioles sit two games out of the third wild card spot, there’s a role for Lyles in Baltimore — especially beyond his on-field production; the mentorship role he holds for a young and inexperienced pitching staff carries weight.

So for now, Lyles is helping to propel Baltimore into an unexpected position, with a .500 record as the All-Star break nears. That’s all the Orioles can focus on for the time being.

“We’re playing baseball all the way around,” Lyles said. “Some games we’re throwing it lights-out. Some games, we’re mashing it, getting extra-base hits one after another. That’s the sign of a good team — when you can win baseball games in different ways.”

The prospect of speed

It seems that whenever Mateo reaches first base, it’s as good as a double. In the fourth inning, for instance, the shortstop’s single preceded a steal of second — he’s been caught on just three of his 25 attempts, giving him the second-most steals in the majors.

It’s that factor — as well as his defensive range — that gives Mateo such upside, even as his offense lags. With four hits in his last two games, including a double and triple Sunday against the Los Angeles Angels and a homer and single Tuesday, Mateo’s average ticked up to .202.

”Jorge puts so much time in the cage, works so hard,” Hyde said. “He had a nice day a couple days ago, and a huge homer to give us more than a one-run lead.”

His speed and base-stealing ability are part of why Mateo finds himself as the No. 9 hitter in the order so frequently. With a burner on base and the top of the order due up, an ability to put himself into scoring position with his legs is vital, and Hyde said Mateo has a perpetual green light for that reason.

At other points, though, Mateo has shown an ability to go yard. He blasted his seventh homer to lead off the seventh inning, giving the Baltimore bullpen a cushion it proved it didn’t ultimately need as Cionel Pérez and Jorge López pitched a clean eighth and ninth inning, respectively, to extend the winning streak.

“I’ve been here, this is my third season,” Urías said. “The last couple seasons didn’t go well. A lot of losses. And of course, we’re enjoying this time.”

>> The Orioles claimed right-hander Louis Head off waivers from the Miami Marlins and optioned the 32-year-old reliever to Triple-A Norfolk. To free a spot on the 40-man roster, Baltimore designated left-hander Kirk McCarty for assignment after claiming him off waivers just last week from the Cleveland Guardians. McCarty allowed three runs on five hits in four innings for the Tides on Sunday, but now he faces uncertainty once more. Head joins the Orioles organization after holding a 7.23 ERA with the Marlins across 23 2/3 innings this season. However, Head had a 2.31 ERA in 35 innings and 27 games last season with the Tampa Bay Rays.

>> Austin Hays still isn’t fully healthy, Hyde said, but two off days pushed the outfielder back into the lineup. Hyde said Hays “is not gonna be 100% until he gets some significant time off, but does feel a bit little better today.”