Todays Though > News > Orioles fall to Reds, 8-2, after bizarre play in the outfield and tough night for Dean Kremer – Boston Herald
News

Orioles fall to Reds, 8-2, after bizarre play in the outfield and tough night for Dean Kremer – Boston Herald 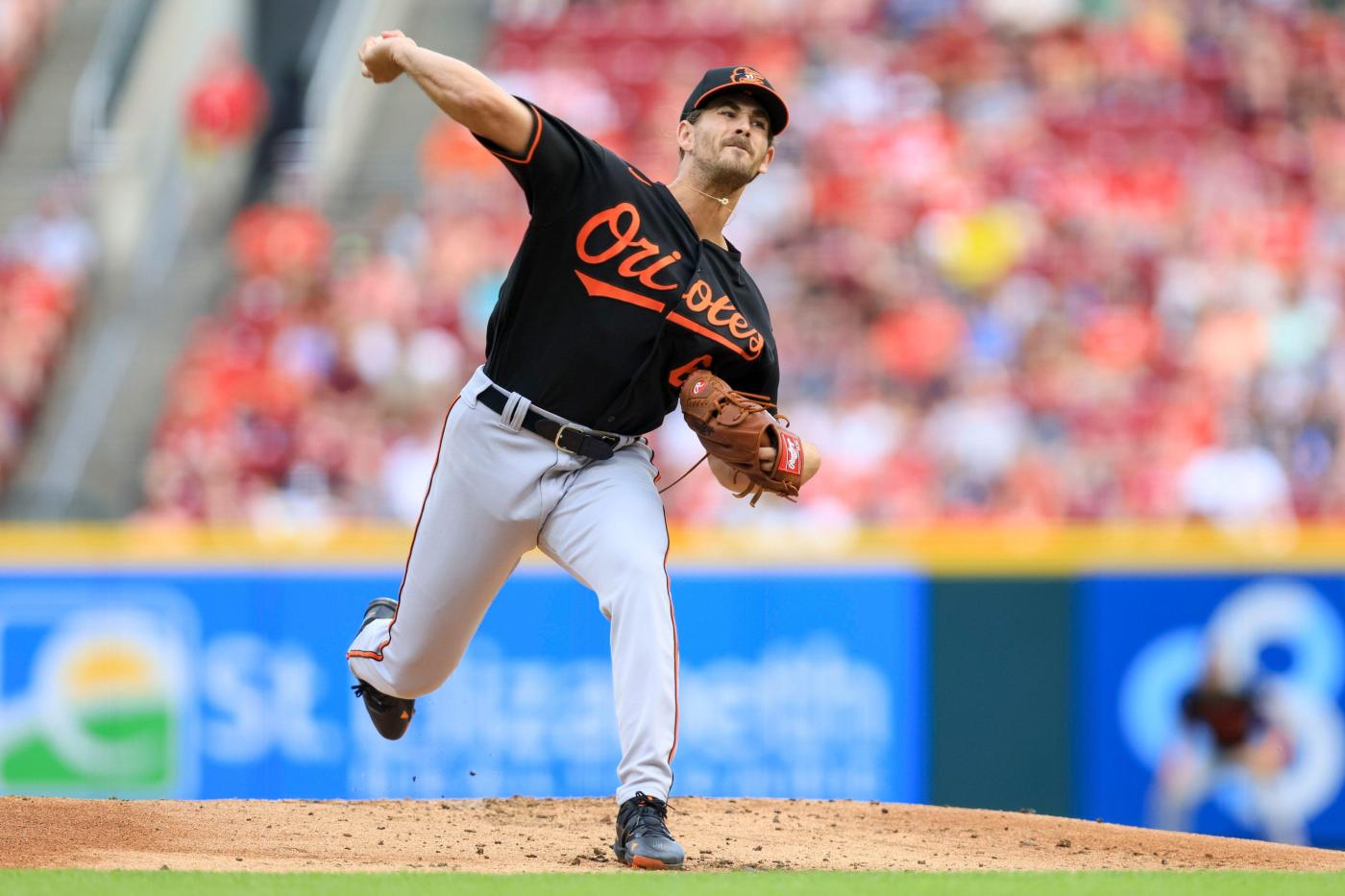 It started with a leap at the wall, and then all hell broke loose.

The ball screamed off the bat of Cincinnati Reds outfielder Nick Senzel, sailing toward the left field fence in the fifth inning Saturday night. With a leap, Orioles left fielder Austin Hays reached toward the ball and missed the catch. But as the ball ricocheted off the wall, it landed in his glove, appearing as if it was a catch. That led Reds shortstop Kyle Farmer to believe Hays had caught it cleanly, and he turned and scampered back to first base.

And that’s only the beginning of the wildest moment of the Reds’ 8-2 victory over the Orioles.

Once Hays’ throw reached first baseman Trey Mancini, Senzel was beyond Farmer. Mancini jogged over to tag Farmer out, and the Orioles initially believed the debacle was an inning-ending double play. But after a conference between umpires, Baltimore returned to the field and Farmer remained on first.

The official ruling stated that because Senzel passed Farmer — even though it was Farmer who backtracked beyond Senzel — the trail runner (Senzel) was out. According to rule 9.05, a runner in a force position must advance a base for the batter to be credited with a hit. That didn’t happen, which nullified the knock for Senzel, leaving beat writers and fans alike bemused and keeping the Orioles on the field needing one more out in the fifth.

As a fitting conclusion to one of the most bizarre moments of the Orioles’ season, Reds outfielder Jake Fraley stepped to the plate and promptly clubbed a two-run home run, escalating the madness of the moment. That bomb off right-hander Beau Sulser pushed the game well out of reach and continued the Reds’ run parade that began in the fourth inning against right-hander Dean Kremer.

There have been few games such as these of late for Baltimore, with a score line well out of reach and little chance for a comeback. The Orioles pulled off their 23rd come-from-behind win Friday night in the series opener to ensure an above-.500 record at the 100-game mark for the first time since 2016. The loss Saturday does little to sway Baltimore’s (51-50) form of late, but it does display the precarious nature of the starting rotation.

Kremer allowed six runs on 10 hits in 4 1/3 innings, striking out three and walking one. He watched two long balls leave Great American Ball Park. He allowed three runs in the fourth, including a two-run shot from second baseman Jonathan India before Joey Votto added his second homer of the series to begin the fifth.

An Orioles starter hasn’t completed six innings since right-hander Jordan Lyles did so July 12 against the Chicago Cubs. And while the bullpen has largely been solid — giving up one earned run in its past 16 2/3 innings entering Saturday — the offense has scuffled of late.

Beyond the two runs Baltimore scored in the first inning — an RBI single from Anthony Santander and a balk from right-hander Tyler Mahle — 19 straight Orioles were retired following a two-out single from Tyler Nevin in the second inning before an infield single from rookie catcher Adley Rutschman began the ninth.

The unorthodox play — and the homer to cap it — in the fifth were head-scratchingly painful for Baltimore, but so was the lack of hitting and the poor pitching.

>> Terrin Vavra made his first major league start as the designated hitter, batting eighth. Vavra, the Orioles’ No. 12 prospect according to Baseball America, went 0-for-3. He made his major league debut Friday night, serving as a pinch runner late in the Orioles’ 6-2 victory.

>> Right-hander Tyler Wells suffered a Grade 1 oblique strain, an MRI revealed, according to manager Brandon Hyde. The starting pitcher went on the injured list Thursday after departing his Wednesday appearance with lower left side discomfort. Hyde said the timeline was unclear for Wells, but with an innings limit already on Wells, it remains to be seen when — or in what capacity — he will return this season.

>> The Orioles signed 11th-round pick Zack Showalter for $440,000, a source with direct knowledge of the situation told The Baltimore Sun, with $315,000 counting against the slot. Showalter, who has no relation to former Orioles manager and current New York Mets skipper Buck Showalter, is a high school pitcher from Florida. That leaves Baltimore with about $1.2 million left in its bonus pool to be spent without penalty.